I transplanted this apple tree (3 in one dwarf varieties unknown at the moment) tree this past summer (I know not the best time) when the previous owner insisted it be taken. It made it through the summer, and when I pruned in October it didn’t show the peeling bark and was vital (green cambian seen when pruning).

Question is what to do about the peeling bark? I’m assuming without the cambian this will cause issues for that branch. Should I prune below that level now before it breaks dormancy? 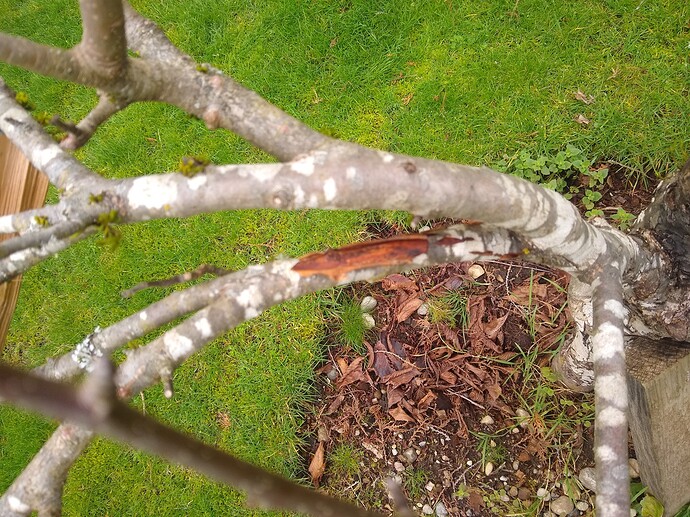 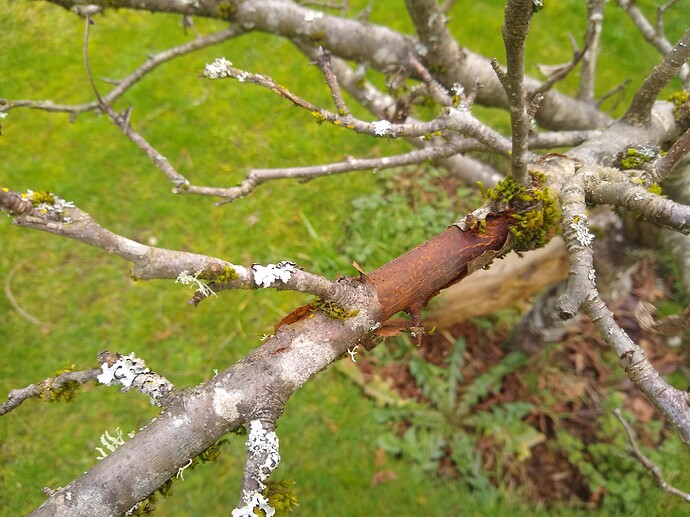 Unfortunately that often means the whole tree is dead. If a large tree is moved in the summer it is likely to die.

I would check the bark to see if there is any green below on any part of the tree.

The branches are still vital. Here’s a branch off that shares the same main branch, but not from the one pealing (you can see it at the bottom of the picture. 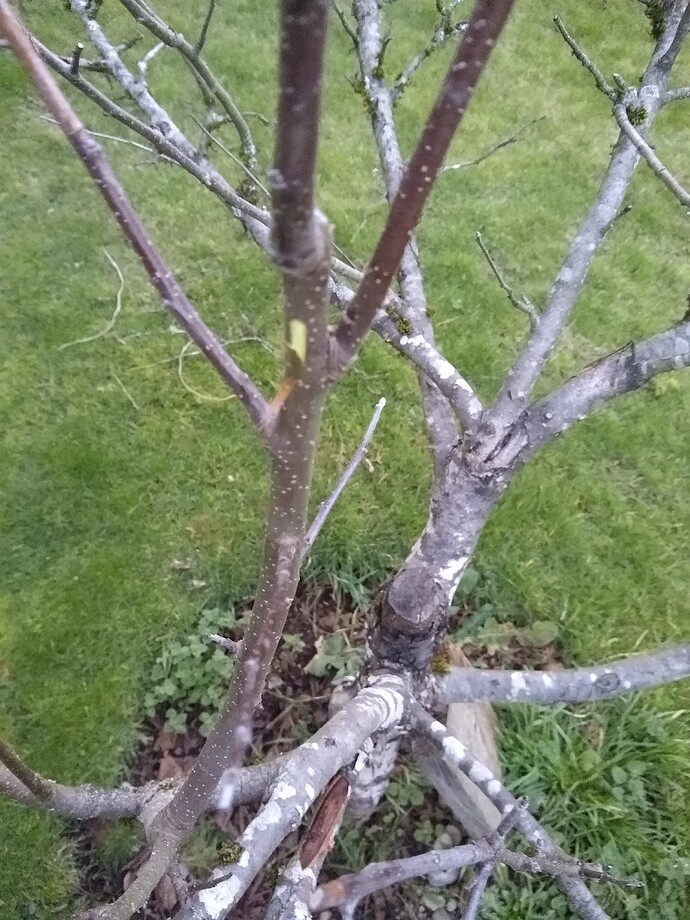 Prune out what’s not alive Making Sure you wipe your pruners very clean between cuts. Clean you tool first so it’s spot clean.

Keep what’s alive. And the rest of the tree is appearing cantankerous / at minimum, it’s stressed.

Is that sunscald? The first one might heal over if the opposite side is still healthy but that isn’t a good branch angle anyway, so maybe prune it back to the collar and let it form another branch there. That second one you just need to prune back for sure. I would remove any fruiting buds too so it puts all of its energy into growth. If you end up pruning off a branch and lose a variety that is better than losing the whole tree and you can get scion wood and graft it again next year.

I transplanted two 4-year old trees last year in the middle of summer and followed Jim Putnam’s advice to remove all of the terminal buds around the tree to slow the growth until the roots can establish and it worked like a charm. I’m not sure how effective that would be for older or unhealthy trees, though, as it relies on plenty of vigor.

When I have bark curling like that it means the whole limb is dead. That said there is a chance it could be sun scald. I agree with Dax that you want to see what is alive and cut out the rest.

Also note that the most vigorous parts of a tree take the longest to go from green to dead, so your tree could well be completely dead in the roots but it has not gotten to the tops yet. I have some trees I cut down in November and a few days ago I was walking by them and the tips were still showing green when I scraped the bark (I was wondering if scions might still be good on them).