I have what looks like leaf miners in my pepper starts. I have had it before on some varieties but this year I think it may be on all my peppers. I’m using a combination of commercial potting soil, some peat moss, and some rotted horse manure. Did this come with my soil? How fragile are pepper seedlings? Is there a spray or systemic I could use while they are young. Done now there shouldn’t be much carryover once the plants are bug. 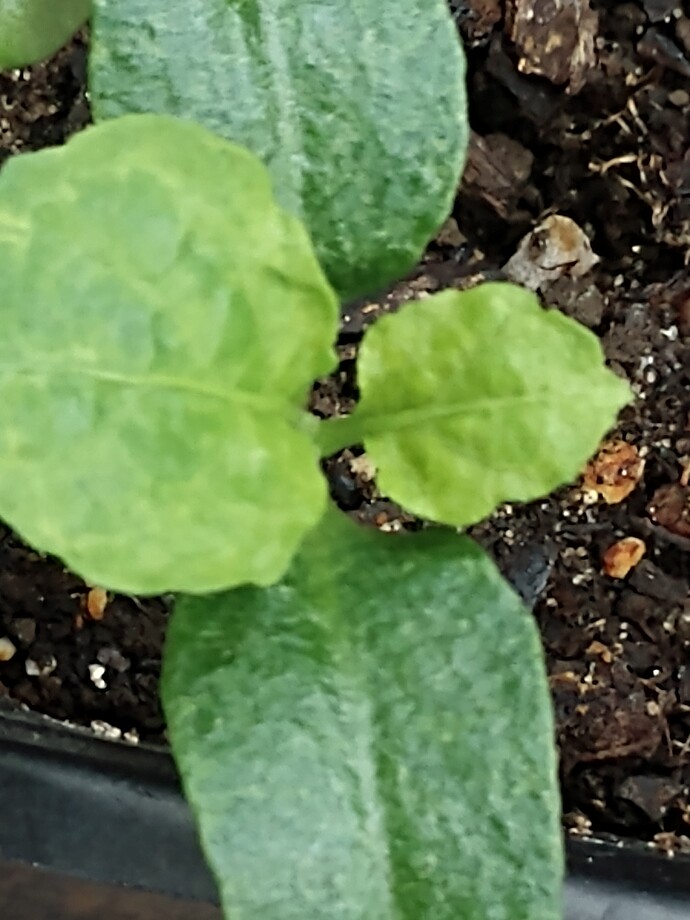 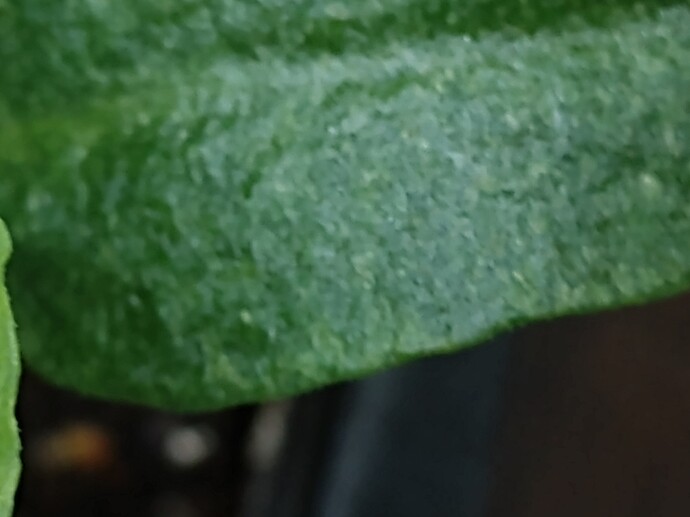 The distinctive trails of leaf miners do not show up in your images.

Yeah it’s hard to make out anything, is it the yellowish leaves that concern you?

I need to take better pictures. I felt I could see some trails. The leaves have an orange peal to them rather than smooth. Maybe it’s ph or nutrition.

It seems like you got cold soil and maybe a ph issue and/or iron deficiency as well as some other micros.

If you have leaf miners use some sticky traps

My soil is 71 degrees. So I don’t think that’s it. Ph or iron could be. Here is another picture of hat is better. 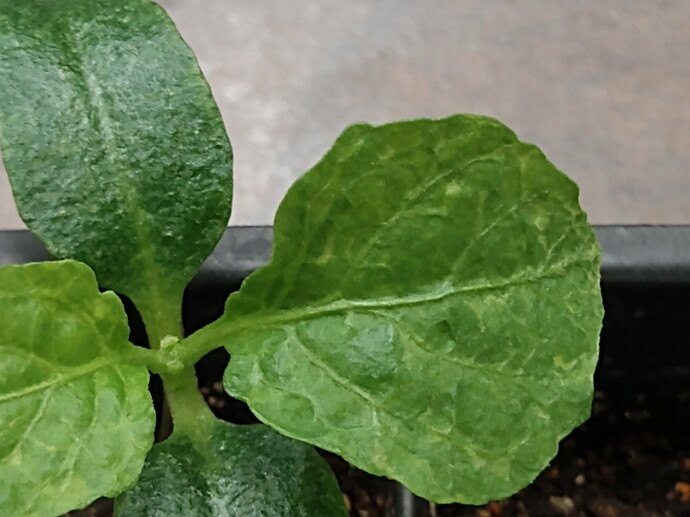 I think seedlings that size are less likely to show a soil deficiency yet, but it could possibly be pH. Even though it is a bit funky looking, is it still growing at what seems like a pretty normal rate or is it seem more stalled out? Is this across multiple varieties from multiple seed sources?

I had one variety of scotch bonnets from Baker Creek that had cotyledons that looked like that and the first sets of leaves were wonky as well, but it eventually grew out of it. That made me feel like it was something to do with the seeds themselves, which is why I was wondering if it was across different varieties and seed sources, which would rule out the isolated issue I had with one variety.

In years past it was just some of the baby bells. They never grew out of it and we’re behind the other peppers. This year I only have two varieties up so far, Red Marconi, and I believe and baby bells. They both have it.
Also I’m using the same soil on tomato starts and they are fine.

That looks more like thrip damage. You could have brought them in with the manure. Used to be able to purchase clothianidin spray which can put a stop to most of the thrips/miners/aphids/gnats that cause problems with plants. Not sure if it is still available. A good pyrethrin spray would also do the job.

That makes sense. Thanks.

Thrip damage is a possibility; if no thrips observed, consider mosaic virus.

I’m afraid it’s mosaic virus. I think I’m best off throwing them out. I don’t need to spread it in my garden.

It looks like two are growing out of it. If it were virus would they do that? Should I keep the better looking ones or throw them all out? 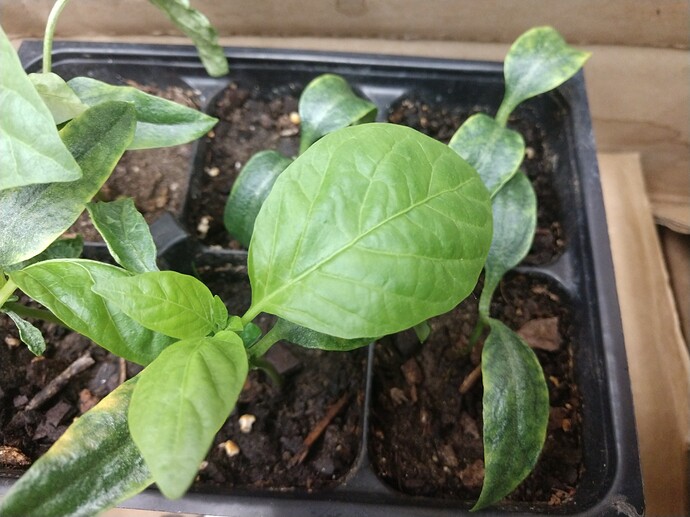 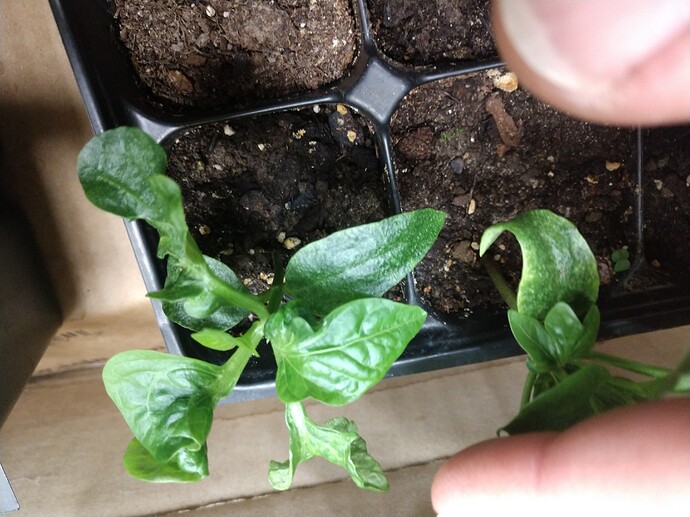