I found videos on garden perc test but they were doing them different? Some were doing perc test only once and some doing another 12 hours a second time? Which is correct? I did 3 different perc test to see if there would be any difference. I have to note that we have not had any rain for at least 2 weeks which might account for the fast drainage in the 1st perc test. I would guess my drainage is around 1-1/2" per hour during the raining season and far less during drought. Did this test to see if I need to add any organic matter when planting my blackberries, raspberries and bunch grapes or if I could just dig a hole and plant them?

Second question:
If I have to add soil nutrients like lime do I have to till it in the soil for the new blackberry, raspberry and grape along the whole trellis areas or could I put it on the bare soil for the next 3 months before planting? I was planning on removing the grass and roots out of the 2’ wide strip for the trellis/planting area and adding back some soil from another part of my property to bring the elevation back up level with the grass, could I put the lime under the new 4" of soil? I was then going to add leaf/grass mulch on top of that. 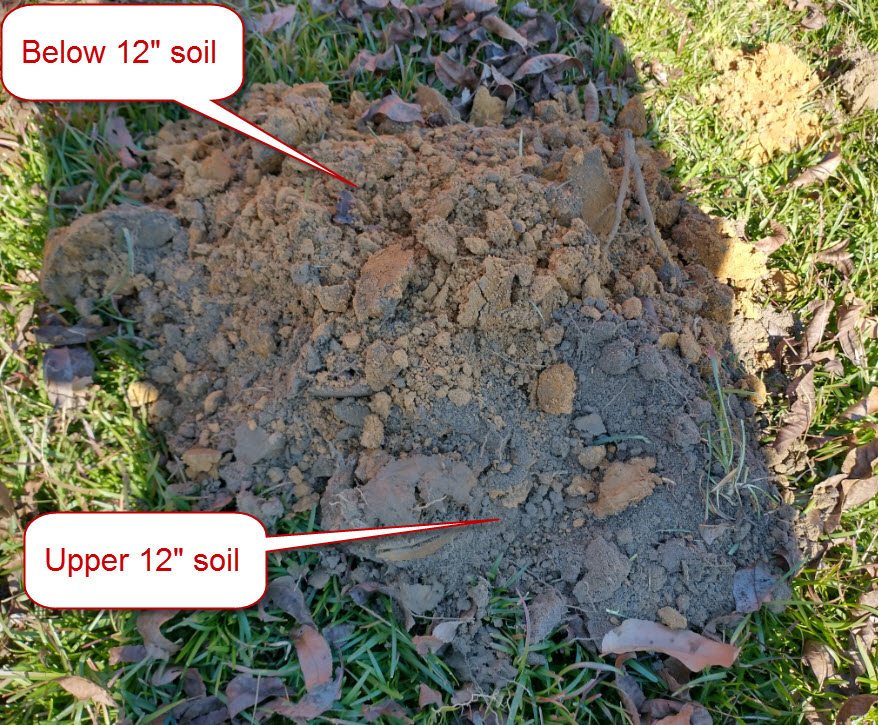 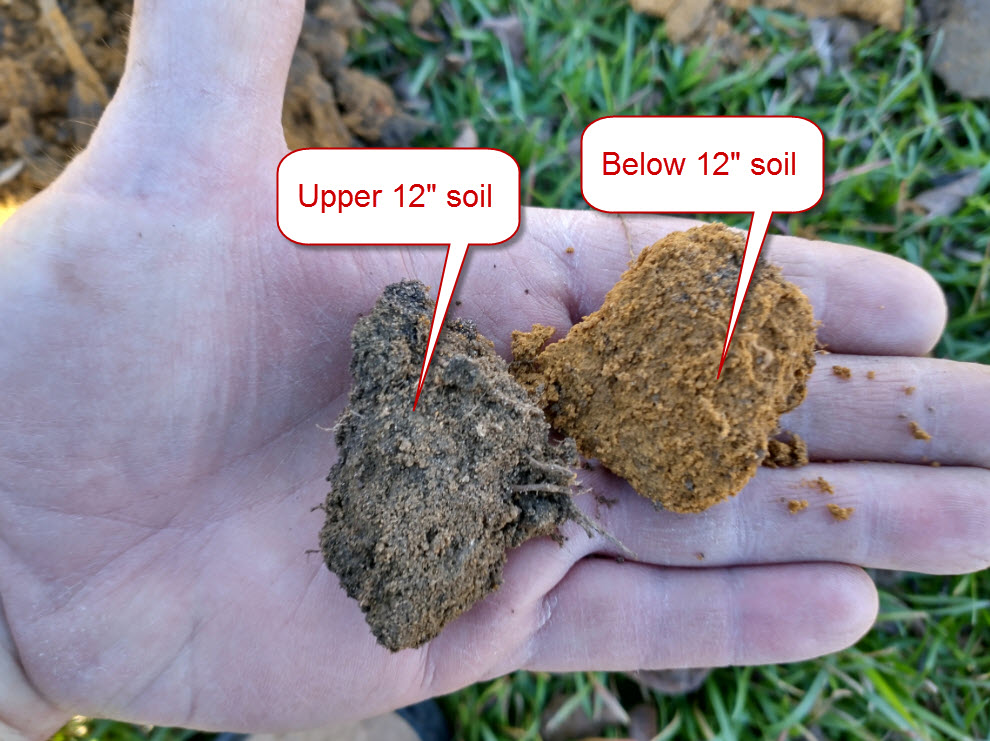 Looks to be decent soil.

Lime works better if incorporated into the root zone before planting but you can apply it to the top of the soil and it will work its way into the root zone over time. The smaller the lime particles move faster than the larger ones.

Not sure about your scale but for a larger area its easier to till the grass rather than remove it and replace it with other soil. You could till the grass/leaf mulch at the same time too

Your soil looks good to me.

I called the county to see if someone could come to my property and look over my soil to give me recommendation on how to amend my soil. The county agriculturalist is coming out hopefully this week to give me a game plan.