Okay, I am a transplanted New Englander and obsessed with rhubarb. As mentioned in a different post here (on germinating rhubarb seeds), I have begun a trial with my fellow CRFG-WLA members of various rhubarb seeds in the hopes of recreating Luther Burbank’s success with Winter Perpetual Low-Chill rhubarb. I know the history and how his roots and patents passed from his estate to the Cleughs in Orange County, CA and then on to Mike Howarth, also in Orange County. In 1992, Mike’s land was sold for commercial development and – per David Karp – the roots were plowed under. Except I can’t help believing that some of Mike’s Valley Center neighbors may have managed to get their hands on a few of those historic roots. I know, until the Pandemic, I used to buy wonderful Cherry rhubarb from Laney Villalobos at our local farmer’s market. I would give anything to know if she is in fact growing a continuation of the Burbank line. Any Valley Center folks on here?

Burbank never ceases to amaze. I’d never heard of perpetual rhubarb before. I hope you’ve had some success in finding it. And from a current New Englander to a former one, here’s a photo of how the rhubarb is coming along back east. (It’s in the brain-like stage) 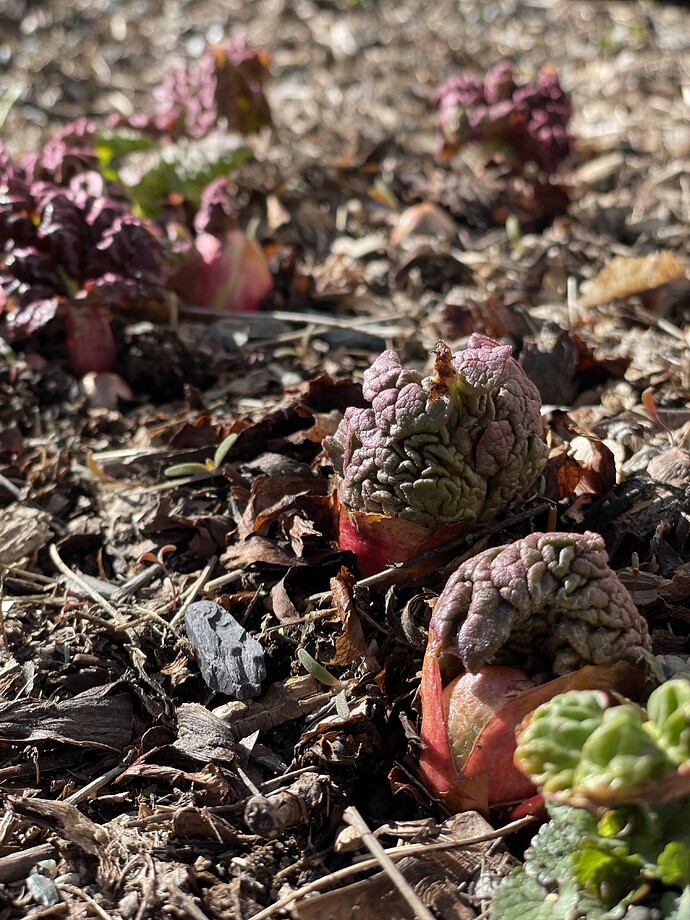 Hah, I never heard the term “rhubarb brain” but that’s exactly what it looks like. You can sort of see our dilemma here: my Tina’s Noble, planted last July from seed, has gorgeous fat red stalks but now it is officially spring, it is also growing a “brain”. 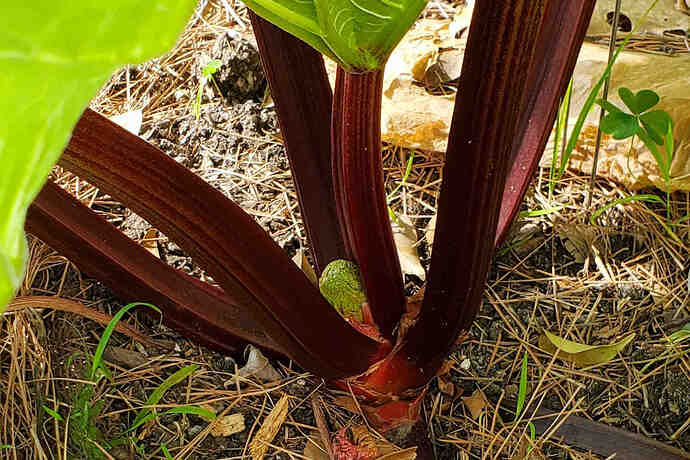 Tinasbrain1500×1000 161 KB
I have mightily resisted the urge to taste one of those stalks because I keep reading that I should let the plant put all its energy into its roots the first year… But I will regard that “brain” as a sign… of something. Maybe that despite all evidence to the contrary, it has survived a no chill-winter and is going to start growing again. Keeping my fingers crossed. Go New England!
2 Likes