So with spring hopefully just around the corner I was thinking of maybe growing a small Pickering Mango tree in a pot. I would never attempt in-ground here in 9B, but I wanted to know if anyone here has had much success fruiting these in NorCal?

Actually that thread (which was interesting) still does not have a lot of info on this Mango tree in a pot.

Sorry must have given you the wrong link Mangoes in Southern California. There are several orchardists in California here such as @Richard, @MrClint, @hoosierquilt that may have additional suggestions on growing mangoes in Northern California.

I cannot really speak to growing mangoes in pots, as I grow mine in the ground, but there are more cold-tolerant cultivars. Once our mango trees get established here in S. California, they actually can withstand some pretty cold temps (relatively speaking, here, meaning a few hours below 32 degrees). Our CRFG did a group buy with this grower a couple of years ago: Loading... I bought 3 varieties, Pineapple, Pina Colada and Gold Coast. All have done well in the ground.

Thanks, I’ll do more research on things that have fruited here inland NorCal.

I would try Valencia Pride.

Thanks, I’ll do some research on those!

Richard, are we talking about this tree?
Because, I’m looking for a tree in my climate that can be moved indoors during our winter season (when frost is in the forecast)

From Wiki:
Valencia Pride’ trees are very vigorous growers and have a reputation as being among the fastest growing of the Florida mangoes. The trees are capable of growing in excess of 50 feet in height if left unpruned, with large, open, and spreading canopies.

From Wiki:Valencia Pride’ trees are very vigorous growers and …

That’s what they do without pruning in high heat and humidity.

Alright, so they can be kept manageable to a pot size. Thanks!

Alright, so they can be kept manageable to a pot siz

Well, they’ve finally come into stock. So this little guy will go in the bigger pot over the weekend 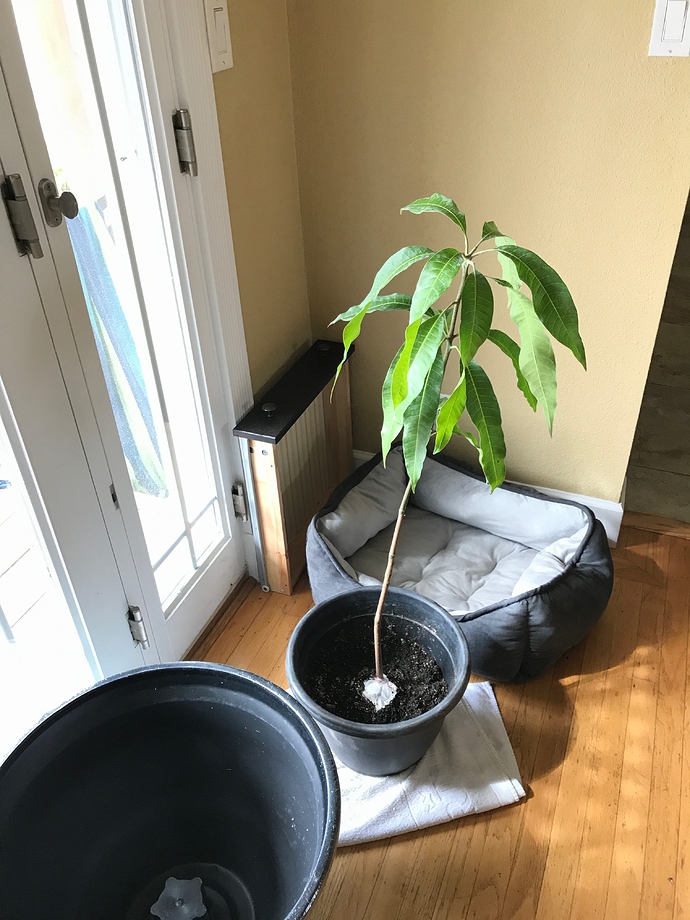