My peach tree, which has been growing great, has started developing pink spots on leaves, which is very unusual and I am thoroughly perplexed. Research has revealed a ton of options from nitrogen deficiency, to overwatering, to X-Disease, to other stuff.

Anyone ever deal with this and have a fix? 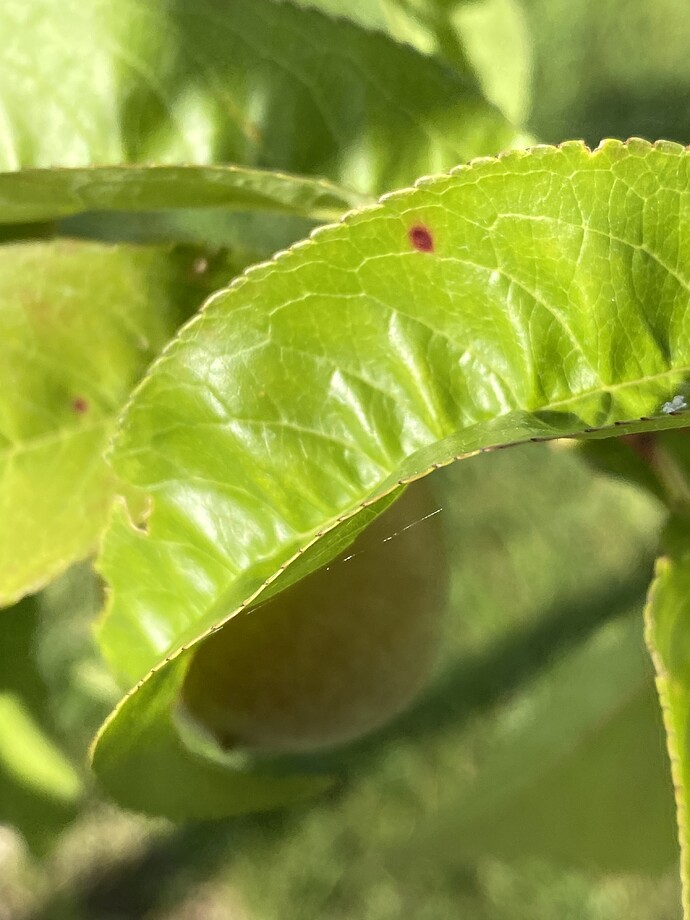 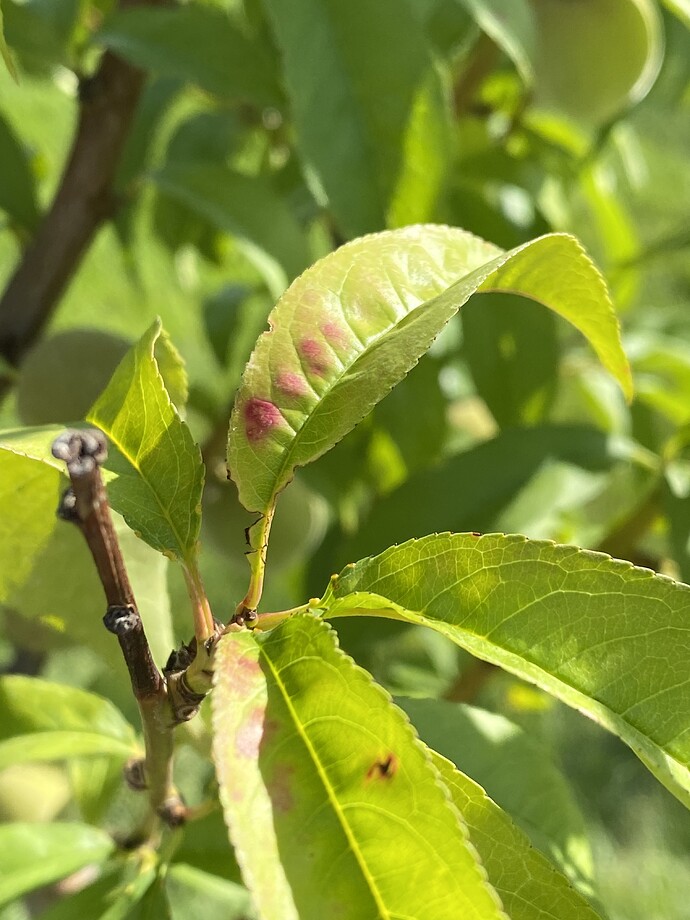 Could it be early peach leaf curl? The leaves show some signs of wrinkling too.
https://images.app.goo.gl/KFZJW9RJcwUGNDoPA

Having battled leaf curl on my peach it certainly looks like leaf curl to me.
It’s probably too late really, but it still worth doing a copper fungicide spray, and removing some of the worst affected leaves (and disposing of them in the city green waste, or garbage).
Next year spray at bud swell, then after petal fall.

Leaf curl typically isn’t a fatal disease and doesn’t affect fruit, it just reduces the trees total sun intake.
Typically the damaged leaves fall off (as above, collect and dispose of them as they do) and healthy ones grow in their place, so unless it’s a pretty stressed tree, I wouldn’t worry about losing it.

Given the limited amount of damage there I would say just wait and see for now. The round dot and the wavy pink stuff are probably different things. The wavy pink could be sunburn or insecticide burn.

I don’t do anything about those dots which are shot hole fungus. I don’t know what the large dots are but Scott would know a lot more than most anyone.

Thanks, Scott. After thinking about it, I just recently sprayed some Japanese Beetles with Bonide’s Japanese Beetle Spray. Wonder if that would do it?