They didn’t mix last year up here for sure. The struggling plant is the one that had really taken off finally last year but got zapped this winter. I was hoping for a come back as this picture was a few weeks ago, but it is slowly losing whatever green stems it had. I have one close up that shows the thickness of the main stem and shoots. 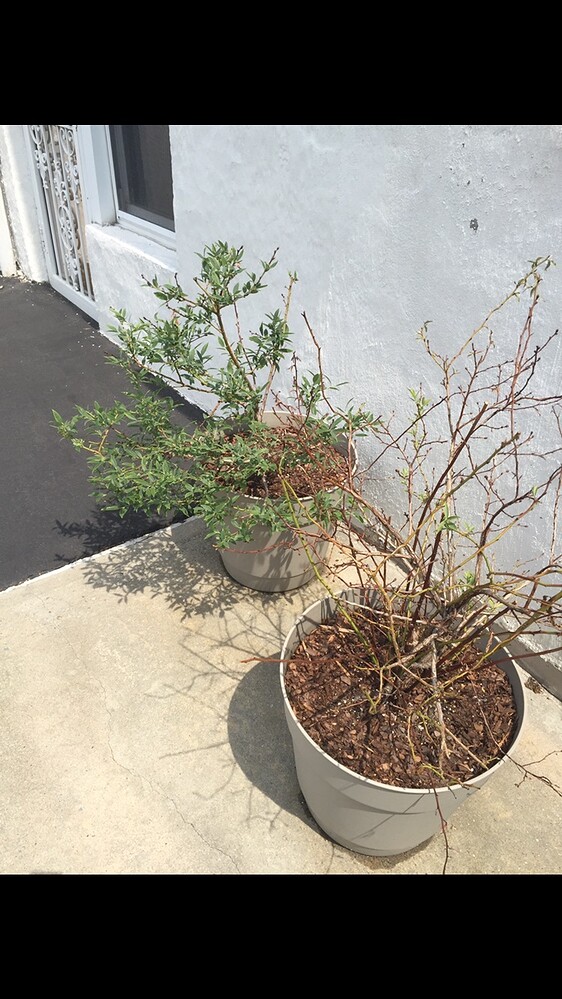 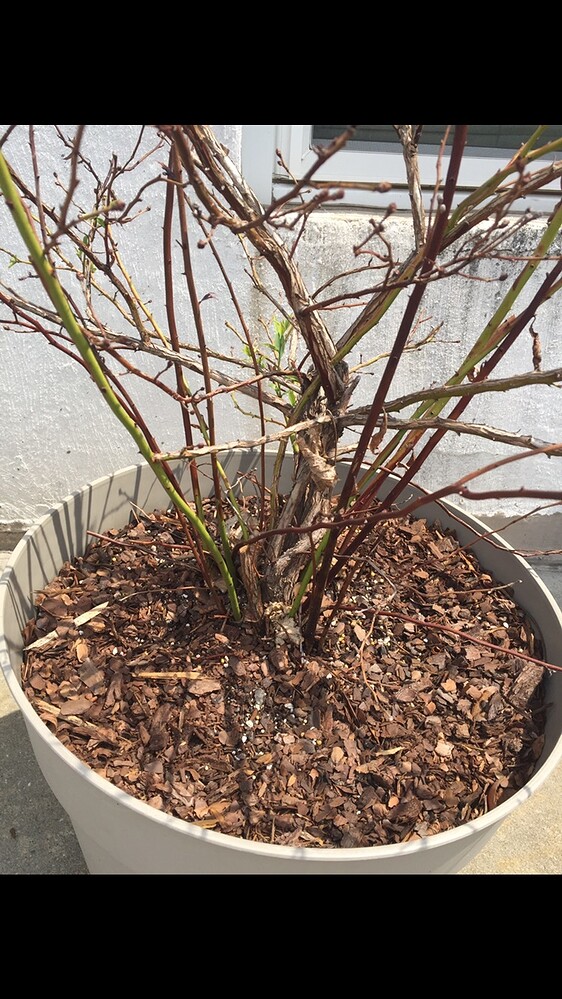 pot culture is so different for BBs. Being in NYC we has a terribly dry late April-May, I had to water my in-ground BBs almost twice a week. Those dark stems looks dead, trim back and dead branch (scrape test), and water well. give it a day or three and hit it with a low dose of MG acid or Ammonium sulfate.

I have a big pink lemonade blueberry bush in the ground. It survived the cold 2013-2014 winter and this winter as well. It had some of the branches frozen, but recovered quickly and now is growing fast. It is the biggest bush, but it had only ONE cluster of flowers, and it did not set any fruits, maybe the flower buds were frozen? Anyway, I think that in zone 7 this variety should survive the winter fine enough. Maybe you have the other problems with the plant?