Pink Lemonade ripening this early was a surprise 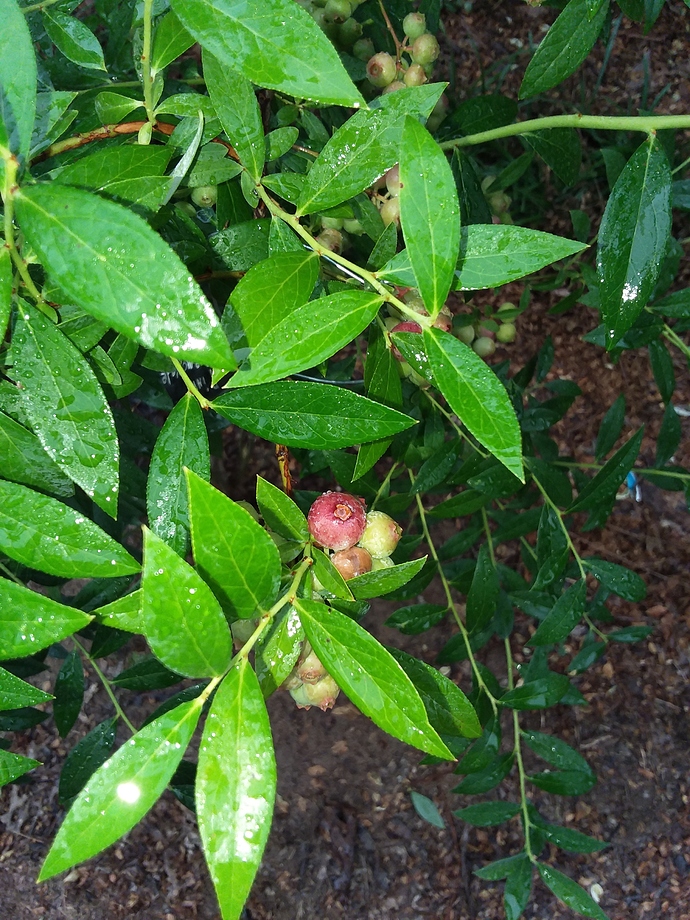 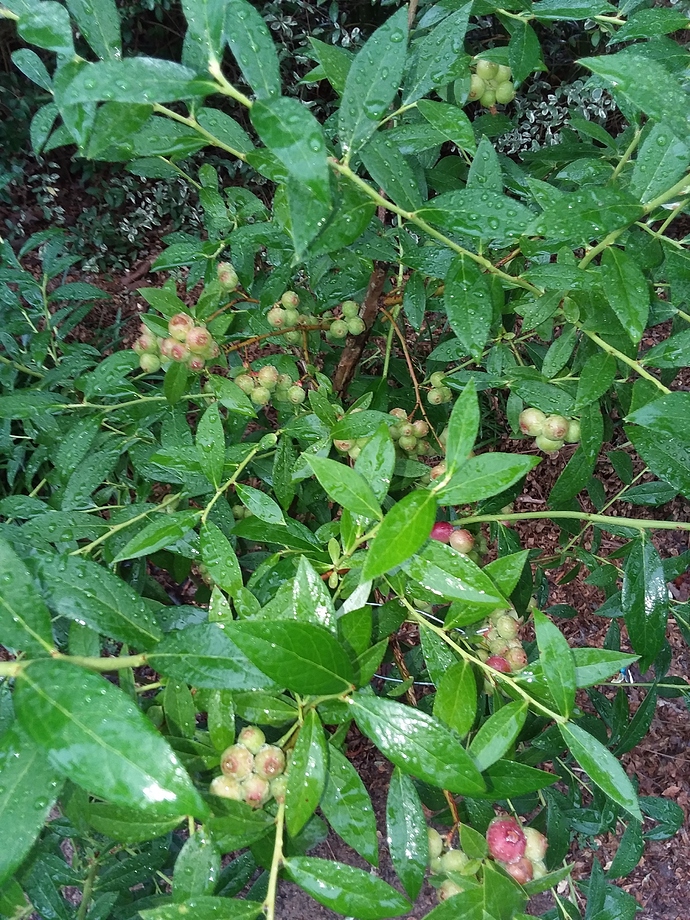 I agree about the great taste, I had a couple of berries from my Pink Lemonade Blueberry bushes yesterday.

do they really taste like pink lemonade? i just put a Razz in one of my 4’ by 4’ raised beds. already 2ft tall so should see fruit on it next year.

They taste like a blueberry to me. The two I ate were not completely ripe.

Unfortunately no they don’t taste like pink lemonade, though they do have a nice complex mild blueberry flavor, that is somewhat unique.

p.s. I wish I could grow Razz here, unfortunately being northern high bush it likely would not be happy here on the 8b/9a line in Louisiana.

Your bush looks really healthy and green, my blueberries are pale and somewhat yellow, can’t figure out why.

Thanks. The bush started out slow but recently started growing and looks as healthy as the others.

My bush has produced better this year than in the past. Might have been the colder winter or the plants being closer together this year. Wife likes this one the best, I like sweetcrisp better.

I too prefer Sweetcrisp over Pink Lemonade, though they have a number of differences with SweetCrisp being a much earlier ripening Southern Highbush variety. One nice thing about Pink Lemonade is that animals seem to not go after the pink berries as much, even without bird netting I have lost few of the Pink Lemonade berries, the bushes themselves also seem to be relatively easy to grow and fast growing. I have 4 Pink Lemonades that I planted as bare roots in early 2016, they are now all between 3.5 to 4.5 ft tall and quickly getting bigger, which is bigger than some of the 3 gallon potted blueberries I planted around the same time.

Anybody growing Pink Lemonade in z6b? Can it handle the cold and fruit up here in-ground?

I wanted to get one but heard they are shy producers and mostly rabbiteye in linage it didn’t sound like a good fit. So I got pink popcorn instead. Second leaf it is full of berries. Hardy to zone 3. Developed in Minnesota. NHB. I’ll post photo of berries when ripe. They are supposed to be a very light pink to white in color. Taste like other blueberries. It sure is growing nice here.

A few more of the PL berries are ripening now and they are larger than the earlier ones. If you have enough space it might be one to try. It is the bush that one of my granddaughter claims so it is here to stay. Each of my grands has at least one tree at my home that is considered to be theirs. The one exception is my seven year old grandson and he thinks all of them is fair game.

I am in zone 7a in northern VA. I have two Pink Lemonade bushes that have done just fine so far. This is their third leaf and I anticipate getting a decent little crop this year. (though mine aren’t nearly ripe yet) I will provide an update when they get pretty.

How is your soil pH? My blueberries get yellow leaves when it is too high.

Blueberries were the first fruit plants or trees I planted years ago. I did a lot of research on how to prepare the soil and put down lots of organic matter and sulfur. Two years ago I did a soil test and if I remember correctly my ph was 3.8. I put down some lime and things have gotten better. Our soil is naturally low and works great for blueberries, my brother does nothing to his and they are fine. Wish I had taken advice from locals that told me to just put them in the ground without anything extra.