Since most citruses have nucellar/polyembryonic/true-to-type seeds, does that mean it would be patent infringement to plant the seeds of a patented citrus? 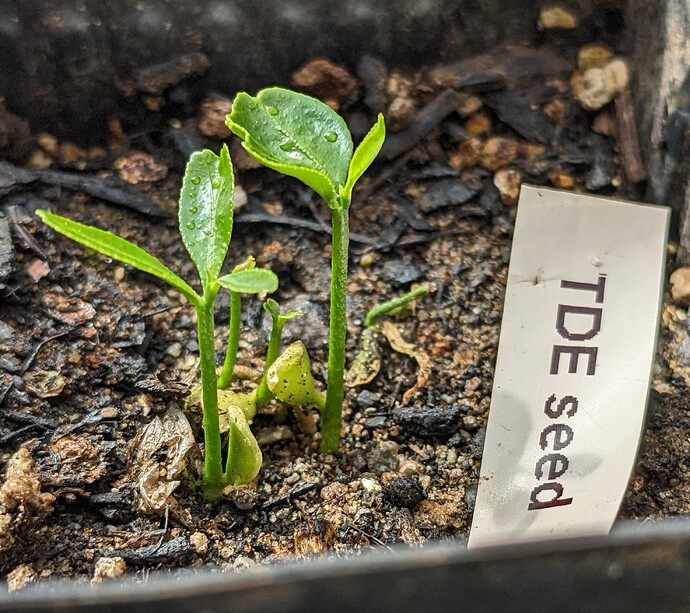 yes it’s normally ok in the US for tree fruit protected by US plant patent. exceptions are rare, they have a different type of protection. for example “trugold” peach was bred to be true to seed so it was protected with a US PVP application instead of a plant patent. this type of protection is more common with seed-grown crops like tomatoes, one of my OSU tomatoes has an active pvp (indigo rose). for PVP seeds home growers are actually allowed to save seeds - so you’d be good either way

for example “trugold” peach was bred to be true to seed

Yes. They bred it to be true to seed…

Then Gurneys got the license to sell it…its currently $50 per tree…with no mention of it being one that grows true to seed.

Reading the history…they fooled with it for around 20 years so that Gurneys can sell it exclusively and very expensively and nobody will ever know that it grows true to seed except for them and the USDA.

Unless im understanding it all wrong it is a complete waste of time.

I could totally understand if the USDA gave it to the Arbor Day Foundation and let farmers and the people of the US in on the secret.

A peach tree selected to come true from seed will still only do so if isolated from other varieties to avoid pollination by those not of the same strain. This is unlikely to be possible for most backyard fruit growers.

On the topic of Citrus specifically, most types that produce nucellar (clonal) seeds still produce some zygotic (non-clonal) seeds so planting the seeds doesn’t necessarily guarantee that the resulting trees will all be identical.

In this case a single seed produced all the seedlings you see in the first photo, so my understanding is that (at most) one of those could have been a zygotic embryo, while the rest are clonal, right? Though most likely all are clonal in a polyembryonic citrus seed?

Are you sure it was a single seed and not two or more seeds encased in the same seed coat? Did each shoot have a separate set of cotyledons or are some of them connected at the base?

Polyembryony in citrus: does the largest embryo in the seed develop a...

ABSTRACT: A generalized concept in the Citrus genus is that highly polyembryonic varieties...

While the five citrus cultivars had high polyembryony levels, 30 % of the resulting plants differed from the female parent in C35 Citrange, 45 % in Volkamer lemon, 15 % in Amblycarpa mandarin, 15 % in Valencia orange, and 45 % in Minneola tangelo. The largest seedling is not always nucellar: in the five citrus species studied, the LE produces 55 to 85 % of the nucellar embryos.

Are you sure it was a single seed and not two or more seeds encased in the same seed coat? Did each shoot have a separate set of cotyledons or are some of them connected at the base?

It’s hard to say. It looked like a single small seed, and when the seed coat opened it was full of little green embryos, maybe 10 in total ranging from tiny grains to almost normal sized ones. A bunch of them shriveled in the first few days, but these are what remain. Here are a couple more photos with the focus on the cotyledon in case you can see something in them that I can’t: 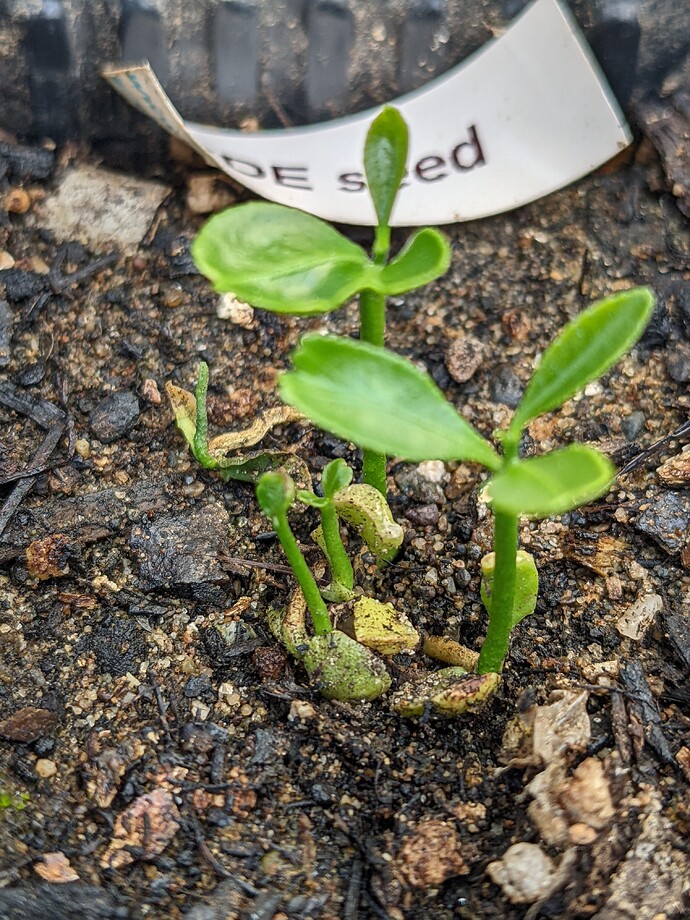 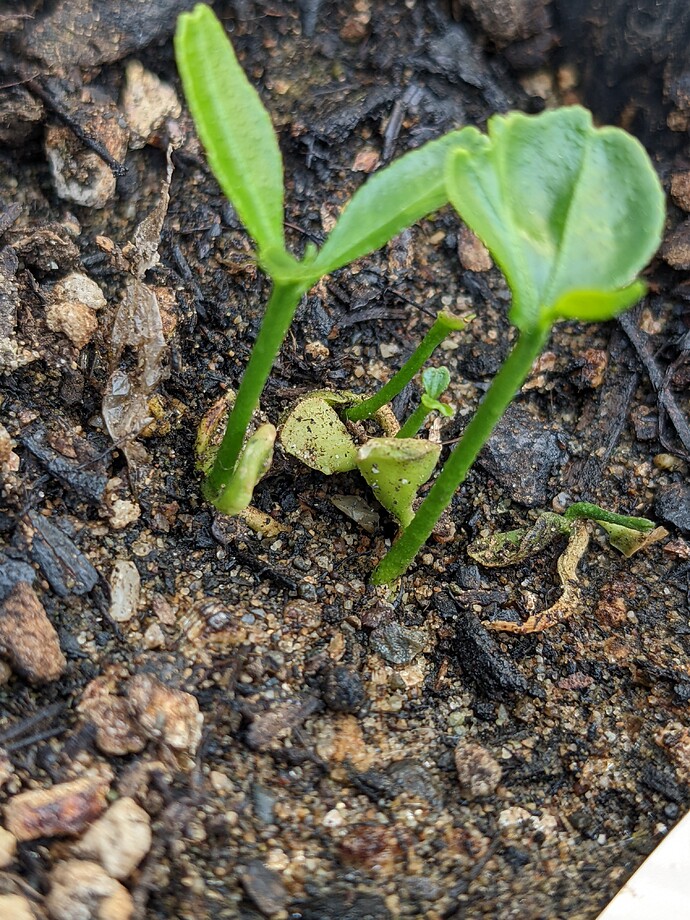 This is unlikely to be possible for most backyard fruit growers.

This guy says Peaches, Nectarines and Apricot seeds are “exact clones of its parent”. at around the 44 second mark.

He is a forensic plant pathologist. Dr. Ieuan Evans 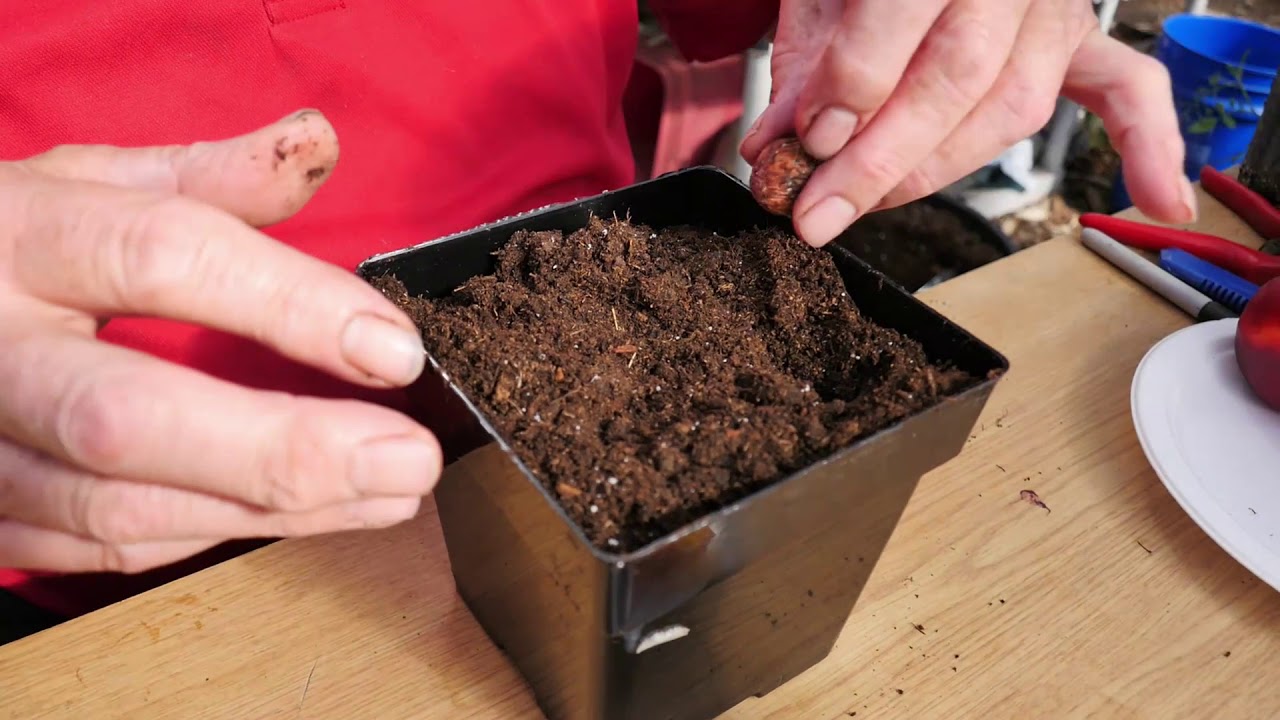 If that were true we’d sure have a hard time breeding those fruits.

I suspect that plant pathologist is either misunderstanding or simply using poor word choice. A more accurate description would be that peaches, nectarines and apricots typically produce good quality fruit when grown from seed.

If that were true

Im with you… but the man has a pretty good resume of plant breeding and horticulture… how did he get that statement so wrong? Alzheimers?

Ive watched a bunch of his videos and hes basically basing his retirement and hobby on his belief… he has the money to buy whatever he wants it seems.

How does a world reknowned plant patholgist and horticulturist get something so basic so wrong?

Plant pathology is a specialty that does not cover plant breeding.

Additionally, his strong accent makes me suspect that English may be his second language and therefore this may be a simple matter of him accidentally choosing the wrong words to describe the process.

therefore this may be a simple matter of him accidentally choosing the wrong words to describe the process.

Since you are translating for him…
Perhaps they are only exact clones of their parents in Canada.

You can also read the comments of the video…

Someone asks about a certain variety of peach and he tells them to find a peach pit.

It would be curious to email him and get it on record.

He is the originator of the Evans cherry and breeds flowers and vegetables etc.

Here is his email and info 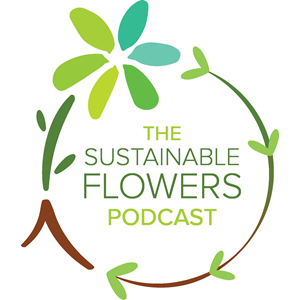 Martagon lilies are a true northern gem which we hope will become a huge cut flower trend.   In this episode we have a wonderful conversation about these flowers with the "Martagon King",  Dr. Ieuan Evans, one of our most prolific...

would be curious to see if his statements about true to seed and exact clones are relevant here in the US.

I’m not “translating for him”. I’m simply offering a possible explanation for his word choices. Plants don’t recognise international borders so I have to assume your question is sarcastic.

You indicate he’s in Canada. With that info I could speculate further on his word choices.

There is an issue in the far north with grafted trees having a higher mortality rate than seedlings so maybe he is actually intentionally overstating certain fruits ability to grow true from seed as a way to discourage people from wasting their time planting grafted trees which might fail to thrive or die.

How does a world reknowned plant patholgist and horticulturist get something so basic so wrong?

Because he not a geneticist? Indian Free has sterile pollen, and I have 4 seedlings. How can they be a clone? Many do come true to seed, but most do not, although most fruit from peach seed is decent… Lovell and Indian Blood usually produce true to type seedlings. You can buy Lovell seeds for rootstock. Most of the hybrids I would think have some variation. 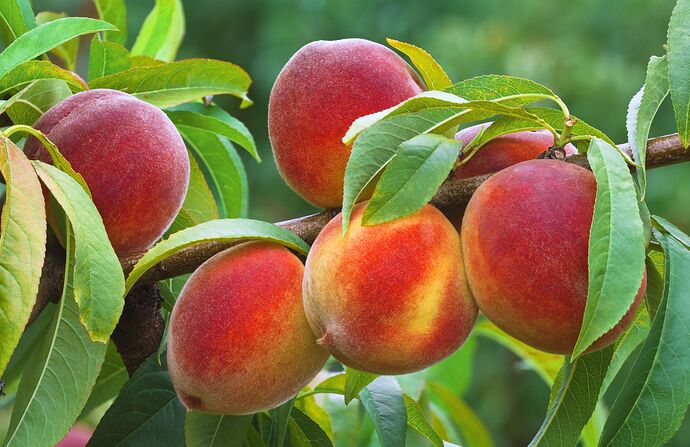 Grow Bushels of Peaches From One Seed

After you finish your peach, don't throw away that seed. By planting your peach seed, you can nurture a tree that will eventually bear fruit in your garden.

maybe he is actually intentionally overstating certain fruits ability to grow true from seed as a way to discourage people from wasting their time planting grafted trees which might fail to thrive or die.

Im just being devils advocate…im on the same page as you.

The issue is that he knows that other fruits do not come true to seed and tells that you have to graft to get the variety you want. And talks about his grafting

Video where he explains that 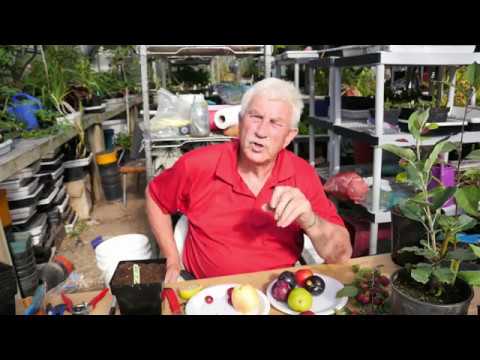 He intentionally made the peach video apart from this one…and edited the video to be clear in his statement.

I find it odd that the peach video has over 340K views, 400 comments, 5K likes… and not one soul calls him out on it.