I planted these two trees 5 yrs ago. No fruit ever but now seem to be trying. 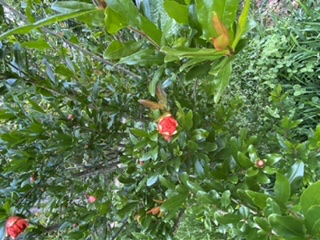 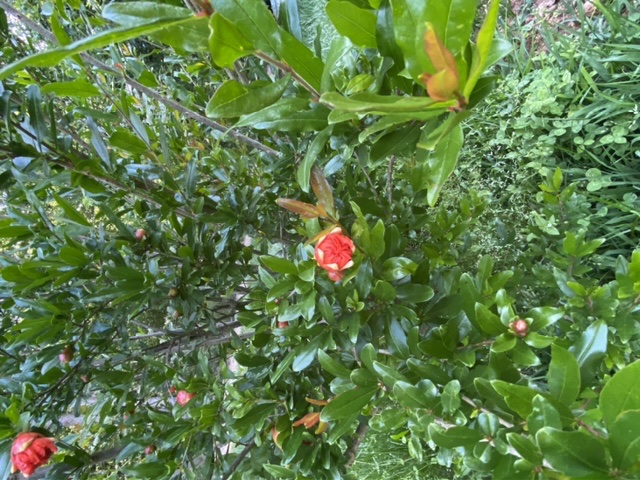 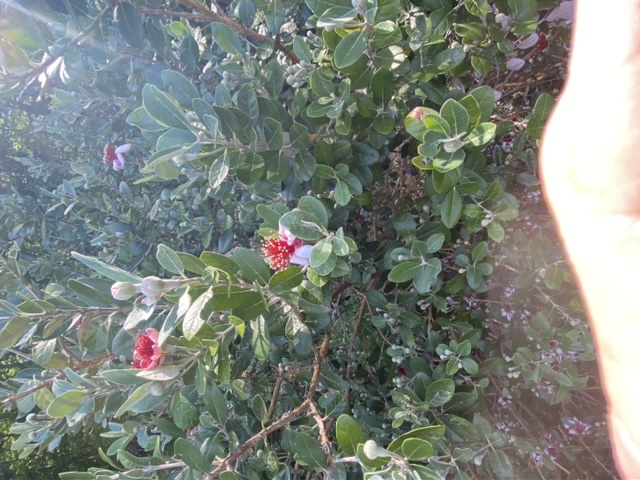 I think one is a pineapple something. The other I have no idea

They are finally producing lottos flowers but have never produced any fruit. I think both were self pollinating. Ideas?

Yes, pomegranate and feijoa (pineapple guava). It’s normal for pomegranate to drop a lot of the flowers. Some fruits should set by itself without needing additional pollinators.

Good news. Both the pomegranate and the pineapple guava have set fruit. Waiting for them to make it to maturity

Well neither the pomegranate nor the pineapple guava ever ever actually set fruit. Amazing flower count but no fruit. Any help on ideas appreciated 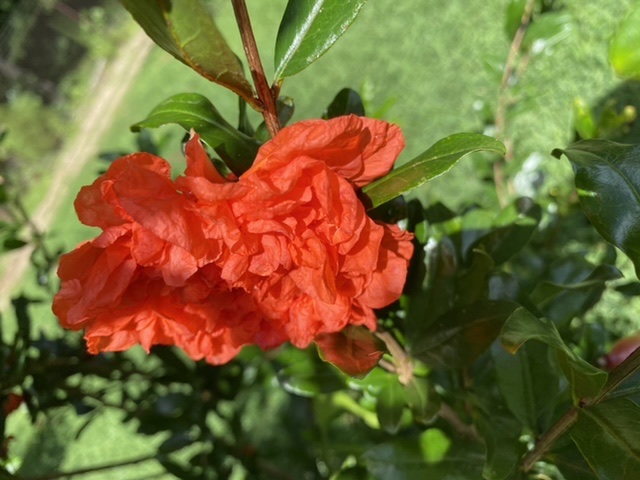 As far as pomegranates I am writing up something describing the flowers and describing the fruiting of pomegranates, and I will post it later this year. I have learned a lot the last few years, especially the last year. Wetting the flower buds daily early enough, before the buds form their shape into a flower, leads to more fruiting flowers, wetting the flowers and leaves daily until they become ripe fruit, makes more fruit as well, Watering from the ground is not good enough. Also some varieties of pomegranates are incapable of fruiting. Did you inherit the pomegranate bush?

I bought it as a fruiting tree. Who knows if the nursery knew what it was.

pomegranates always drop most of their flowers. Some flowers will turn into fruitlets but even most of these will drop after a while… In the end only very few fruitlets will actually turn into mature fruit. It takes a few years for a pomegranate bush to actually start producing fruit…
The pineapple guava does set fruit on its own but will produce much more when cross-pollinated with another variety. This very much depend on the variety. some varieties will produce very well on their own but others really need cross-pollination to produce well. In any case…if you don’t get the fruit you can always eat the flowers. pineapple guava flowers are really tasty!

Should I prune both of these into tree form? Both are big and round 4-5 years old