So several of my Ponca blackberry plants have this fuzzy orange stuff underneath some of their leaves.

It could be leaf rust. Orange rust and leaf rust can be very hard to distinguish. The only certain way is a microscope.

If you are seeing it this time of year, it may well be leaf rust.

Is it Blackberry Leaf Rust or Orange Rust? | The North American Raspberry...

By John R. Clark, University of Arkansas and Phil Brannen, University of Georgia When someone mentions rust to blackberry growers, what usually comes to mind is the devastating orange rust disease. However, there are two rust diseases observed in...

Orange rust is mainly on primocanes, Leaf Rust on Floricanes. I bought some plants a couple of years ago from a box store that showed leaf rust like your picture. Im not a fan of sprays that much but Spectracide Immunox cleared it up.

Do you have wild berries growing nearby? If so remove them if you want a healthier domesticated plant. 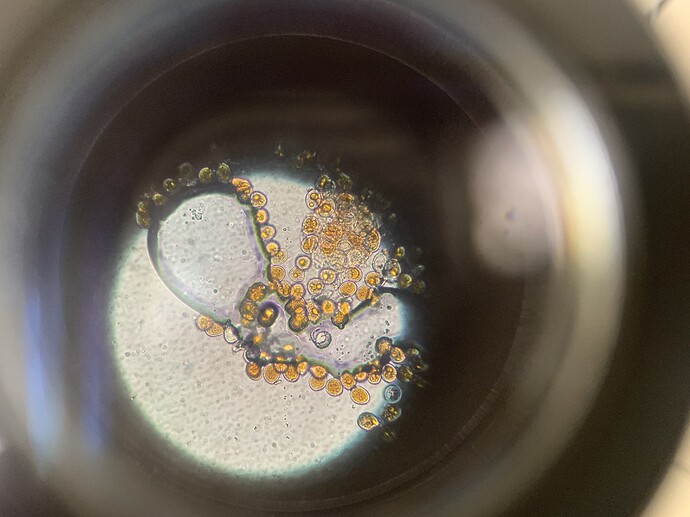 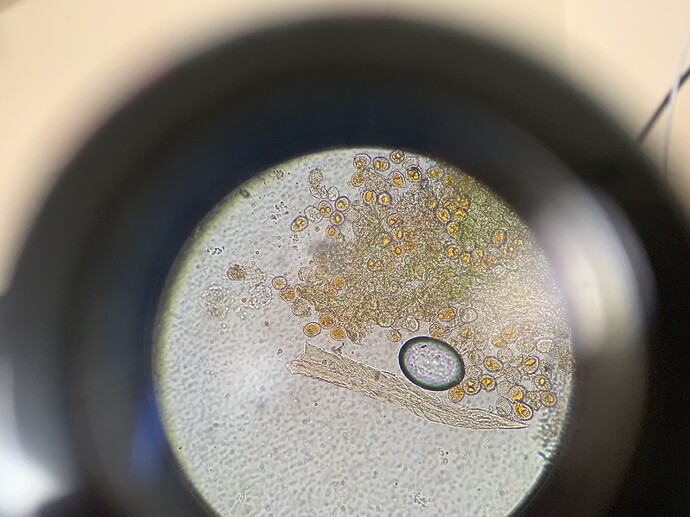 There are wild dew berries that grow everywhere around me. There aren’t any big patches extremely close but random plants are impossible to keep away completely. This is what the spores look like if anyone can identify by this. They sure look round to me which is apparently what orange rust spores look like.

Dr Jon Clark with University of Arkansas says this is cane and leaf rust, not the dreaded orange rust. My plan is to remove the affected leaves and spray with myclobutanil.

Would you mind sharing why John Clark thought it was leaf rust.

Like you, I thought the spores were round (orange rust) as opposed to irregular shaped spiny spores. The microscope looked like the spores of orange rust based on Clark’s description.

We have more and more rust on our primocane blackberries. We have killed quite a lot to keep it under control.

I’d like to know if I’m following the correct disease control practices (that is killing the affected plants).

I don’t have the answer as to why it’s leaf rust and not orange rust. I found his email address on the web and sent him my pics in the off chance that he may respond. Here is his response

“ > This is not orange rust but rather cane and leaf rust, a whole nother issue, not near as big a problem. I have not seen this on Ponca that I recall but cant say it is resistant, as it does not look to be. I don’t know what is res or not. I used to not see this much, then about 2016 or so some of our plots were eaten up with this, to the point that floricane leaves prior to harvest died from it, and that just ruined the crop. So, we started spraying fungicides a few times in May -2-4 wks before harvest in general, in our yield plots (where Ponca was tested in the final steps before release) and this eliminated this issue pretty much. Commercial folks spray a lot more than that tho, so they control this disease while they control what they are really after such as botrytis.

Here is some more detailed info on Cane and Leaf Rust/Orange Rust/Late Rust on brambles with symptoms, causes, and management for further and future reference. Univ Of KY 1/21