Anyone know what this could be and what i should do?
Tree:plum (satsuma) 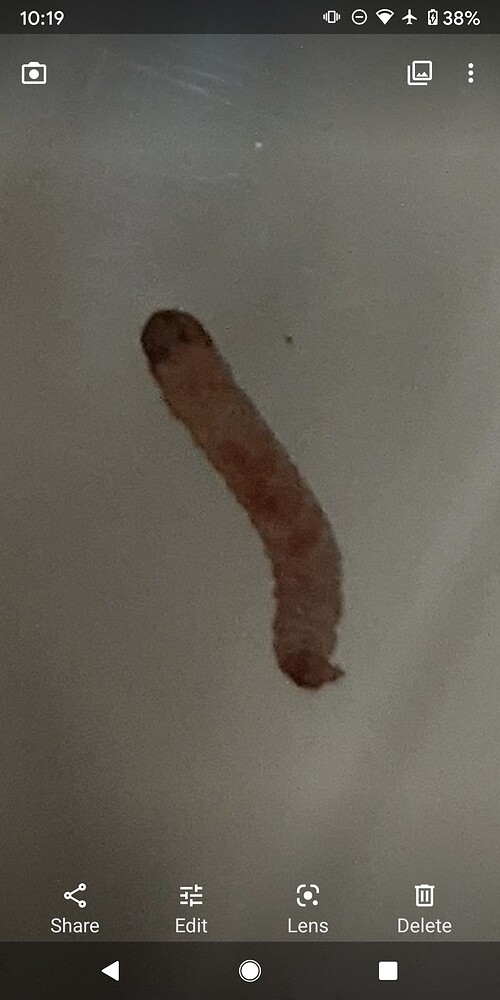 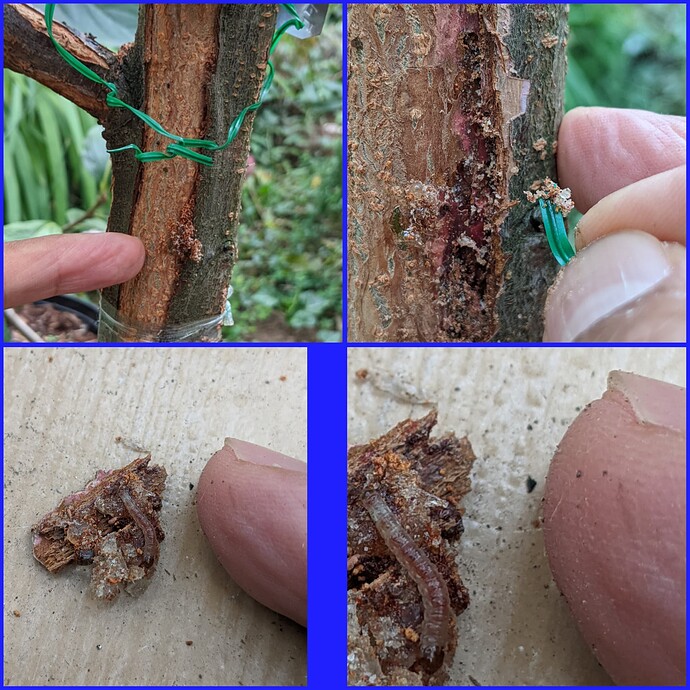 Nothing in your images rule out plum borer; they are said to have bristles, or sparse coarse hairs and those cannot be seen in your pictures. Look around light fixtures and see if any of the plum borer moths are in spider webs or on surfaces nearby.

Definitely some species of borer. Two of my recently grafted plums were attacked at the union. They seem to like rough patches, wounds and irregularities in the bark; some are even reported to enter at the site of black knot infections. I attempted to address my infestation by clearing away the gum, sawdust and frass, then blasting canned air into the holes. I then sprayed spinosad + Nufilm directly into the holes—then treated the whole truck to avoid new invasions. I imagine Btk would work, too. That was a week ago: I’ve seen no new frass/sawdust since that time, and only a trickle more of clear gum, which has hardened—so I hope I got them. I applied spinosad again after 5 days, and will probably keep doing so until a major frost.

I don’t see any new frass since i took this photo so hopefully that means there aren’t any more hidden inside. I do however see clear rubbery substance oozing out around the area where I saw the frass was.

I captured the worm and it’s now in a bottle with some pieces of wood so hopefully it’ll reveal itself after it’s metamorphosis.

It is definitely a borer based on the head shape. It is probably an American Plum Borer.

I don’t think you will see it morph since it needs live wood to eat.