I have (2) Morris & Bruce Plum trees. This is 2nd year after planting (3) gallon size trees.
I’m in N Central Texas near Justin, Tx Zone 8A

One is showing “Bark” like growth in the crotch between trunk & branch. See pic. There is also an “Amber” colored goo coming out just below crotch. See Pic. 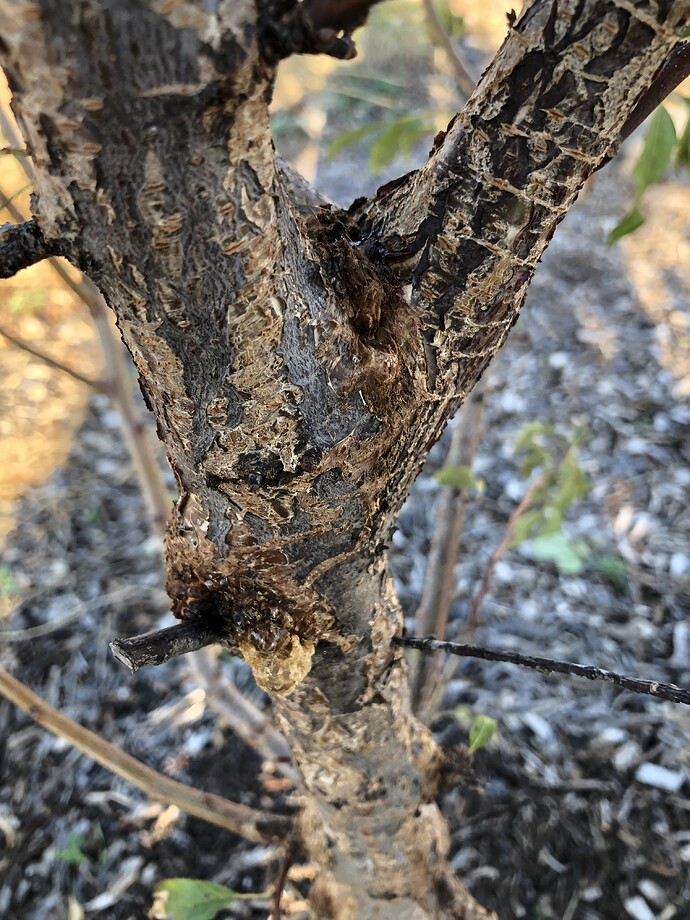 Suggest consulting your county extension agent who should be familiar with tree infections of your area. It could be a bacterial canker:
“Young trees have an especially difficult time recovering from cankers. But the healthier a tree is , the more likely it is to survive canker disease. Trees that are weakened by temperature, drought, or poor nutrition are more susceptible to canker diseases.”
Sometimes you can prune out the diseased wood and treat with liquid copper after the tree is dormant. It may take several treatments before spring bud break.

Its probably bacterial or anthracnose canker. You may want to try cutting the diseased area down to clean wood/bark while its growing season, but there is always chance that the new wound will result in an even worse infection. I have a Morris plum. It has a lot of issue with canker but it does not appear to have impacted its vigor. I did try removing the diseased areas, but they always reinfect. It is probably due to there being another badly infected tree nearby. If you do decide to remove the area, id suggest spraying regular hydrogen peroxide on the area/around it to help kill off any bacteria/fungus prior to cutting, and then spray copper solution on and around the fresh wound to help prevent reinfection.