I just watched this video by “All the fruit” and was happily surprised to see another fruit-bearing plant that I had never heard of before. 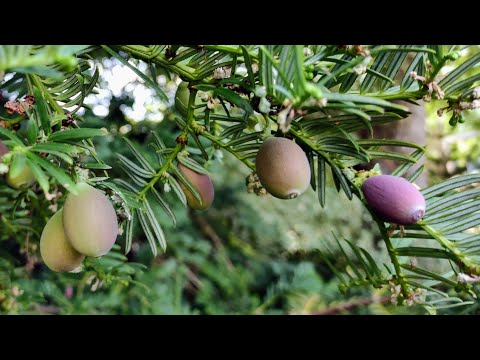 I mean, I heard of yews but thought they were all just ornamental. Does anyone here know of a variety selected for its fruit qualities?

If you noted my post under “what did you eat today that you grew” then you might have spotted my post about eating fruit from a taxus hisksii…that post was just yesterday I believe.

*Mind you, most parts of yew are poisonous, but the fleshy/sweet flesh surrounding the seeds is something I enjoy a few of quite regularly…browsing them this time of the year.

Does anyone here know of a variety selected for its fruit qualities?

There appear to be 11 species in the plum yew genus, at least according to Wikipedia: 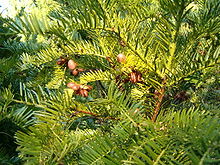 The taxonomy of Cephalotaxus is difficult, because the species have been defined using characteristics that intergrade with each other, such as the length and shape of needles, bark, and stomatal band color. Cephalotaxus species have often been separated geographically rather than morphologically.

I would guess those aren’t all available in the nursery trade, though. I’d love to taste one of them. Wonder which species makes the tastiest fruit…

I love to know…

Remember the seeds, needles, bark and roots are poison.

if an undamaged seed were swallowed would it be safe.