Hello everyone,
Has anyone had a problem with a pluot tree blooming too early? I live in northern Virginia zone 7a and planted my multi grafted pluot tree three years ago. Its a DWN tree with Flavor King, Flavor Queen, Dapple Dandy and Flavor Supreme on it. The tree grew incredibly fast in the first year and bloomed last year in mid February, during a bit of a warm spell we had. In March the frost came and the leaves and fruit died, the leaves grew back and the tree again grew vigorously. I wasn’t that concerned with the early bloom last year as the weather was crazy and the tree was shipped from California the year before. I figured this year the tree would adjust itself better. Unfortunately it seems the blooms are swelling and look as if the tree will be in full bloom by the end of February. Is there any hope this tree will adjust to the climate here or is it destined to be an early flowering tree forever?

The tree is blooming early because those varieties are low chill and developed for climates that are in places,like in parts of California. When the chill hours have been satisfied, they start to wake up.Brady

Flavor Queen and Dapple Dandy always begin flowering for me in the first or second week of Feb., Flavor King is a week or 2 later.

The issue is japanese plums in general bloom early. If it starts to warm up they will break dormancy. Last year mine didn’t bloom until the end of March because the weather was consistently cold. This year they are breaking dormancy now and this change will likely ruin any chance of fruit. If you are in a marginal zone like myself (7a) you just have to realize that getting fruit from pluots or japanese plums is likely a every other year (or two) kind of thing.

Bradybb is right. If the variety is low chill, a mini heat wave before the winter is over can send them into blooms. The main reason why pluots and other low chills don’t work very well in zones 8 and lower. One method that partially works is to put a shade structure over the tree during the winter to reflect off the sun. It is partial because if it is the air that really gets hot, then it is almost hopeless. But mostly it works if you can block the sunlight during the winter.

Thanks for the replies, I starting to feel this tree just isn’t meant for Virginia. It’s a shame because it’s growing so well and I love pluots. I think I’m going to give it another year but I’m short on space and I’m guessing this tree will have to be removed. Anyone know verities that would do well in my climate?

A vertical shade structure to block the sun that can be rolled or unrolled isn’t hard to build. Primarily just two posts and a weatherproof reflective canvas. You can roll it back during strong winds and unroll when there’s a winter warming period.

Growing these types of marginal fruit in pots may also be helpful–you can bring it indoors if there’s going to be a cold snap that night.

I have the same tree and it does bloom early. It’s loaded with flower buds. Last year they all got toasted. I guess that’s just something we need to learn to live with as a zone pusher

I’m in 7a here in West Jordan, UT, and this is what my FS and DD, and basically all my other Japanese varieties look like now… 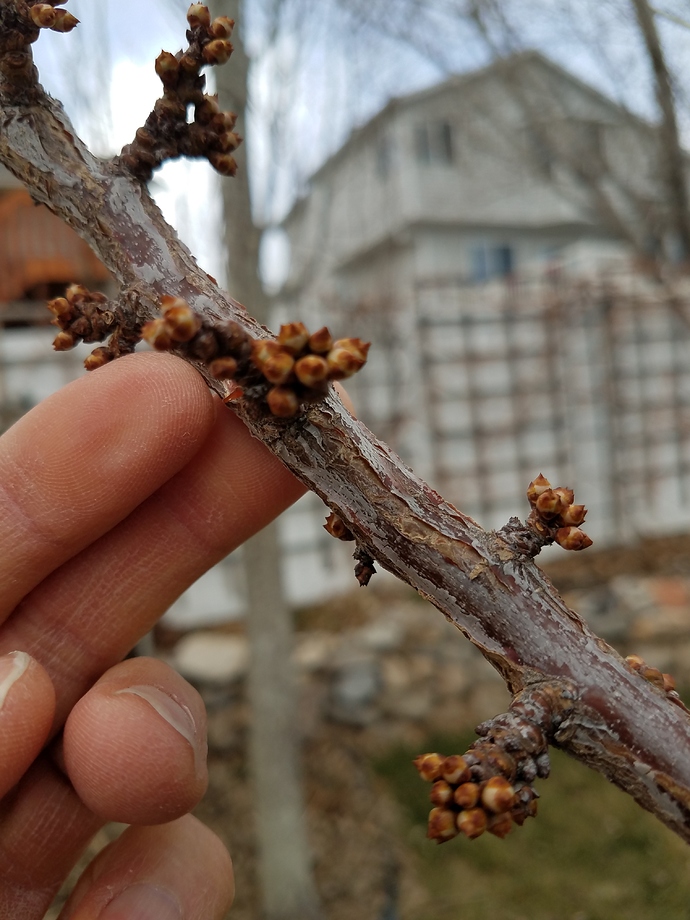 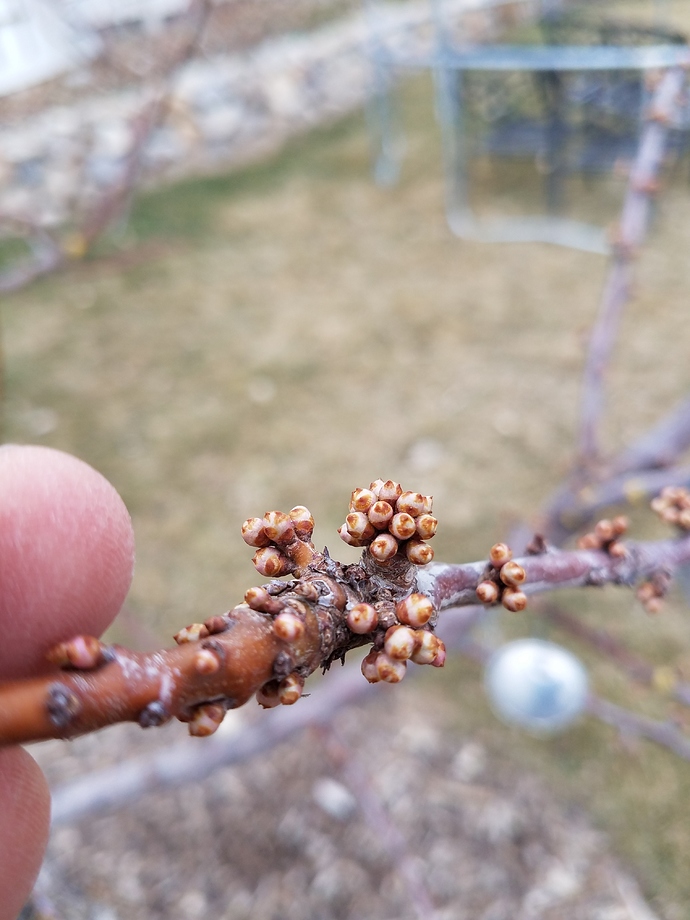 My peaches aren’t much behind.

nights are fine right now. But the daylight temps are running 20 degrees above normal for Feburary here in NJ Zone7

Temperatures predicted in the mid 70s for this Thursday here. My chickasaw plums look a lot like @rsivulka 's Japanese plums, and they are natives.

I’ve got temps going up here as well, will be in the 70’s and mid 60’s later on this week, but I know the weather will not stay high. We had temps in the 80’s last February and snow in march, looks like it’s going to repeat this year. If I had enough land I would try and keep this tree but it seems impractical and a waste of limited space at this point. The tree is very healthy so I do want to give it a chance, I will wait till next Spring before I decide weather to remove and plant something else in its place. Thank you all for your input, anyone got suggestions on a replacement tree if it comes to that? I’m growing a multi grafted Euro plum(early Laxton, Seneca and Italian), a green gage and coes golden plum. All the plums bloomed and set fruit except the Italian graft. I took the fruit off because I only planted the trees the year previous, same time as the Pluot. I would have removed the fruit from the Pluot if Mother Nature didn’t freeze them off for me. I think I will have a good plum yield this year having let the trees get a great deal larger, and no signs of early blooms on the plums.

My Guthrie looks like it will be the first to bloom. This topic might be a good place to report any late bloomers and if they set a good crop.

I have a Flavor Supreme Pluot that barely sets fruit,so I grafted a bunch of other Plums on.
In your situation,maybe try adding some Northern hybrid scions like Black Ice,Toka or Superior.There are some others that could work,such as Lavina and (Purple Heart,which moved into my top 5 favorites since getting fruit last year).Vermont is another that may do well.
The plus side,is that the Pluots may fruit some year also. Brady

Consider adding grafts of Methley and Shiro. Those do a bit better around here. Satsuma might also work.

I believe Methly is considered fairly low chill but it has been great in TN and we get a lot of chill hours.