These are notes from this years carefully watched flowering of pistillates and staminites of these four Far-Northern pecans with the Exception of ‘Kanza’, a northern pecan. While Kanza is perfectly hardy in my IL zone 5b climate, it needs an Indian summer to fill the nuts. And, the nut is smaller than when grown for instance in Kansas or Oklahoma.

I touch a bit regarding hickory and hican pollination, as-well.

Hark and Kanza are perfect.

Shepherd is a good pollinator for Hark. Hark can pollinate some of the later pistillates on Shepherd. About 1/3 of the pollen cycle is left on Shepherd when the flowers come out. So there’s a large overlap where it could be self pollinated.
Shepherd will pollinate Mullahy but Mullahy is unlikely to pollinate Shepherd.

(‘String’ is something my friends and I are watching. Not a single nut has been cracked but it is large for a far-northern pecan…)
String and Hark a good match. String just starting to shed and Hark is receptive in its state.
Shepherd is an early vegetating and early pollen shed cultivar. Shepherd will have pistillate and staminite flowers occurring simultaneously. Shepherd may be (unlikely however) early enough to pollinate hicans however, even the earlier blooming hickories (earlier than pecans or hicans) are unlikely according to Bill Totten to pollinate hicans. The best pollination for hicans is hican to hican. Multiple hicans should be present.

This is why most hicans are less productive. They don’t get pollinated because they’re early to get going and need to be pollinated by hickory if no other hicans are in the vicinity. Pecans won’t pollinate hicans typically because too late for pollen.

Nutlets on Mullahy will be pollinated from either Hark or Shepherd. (evidenced by pollinated staminates on May 27th in this area.)

Hark is an early pollinator but it’s late vegetating.

An example of a pollinated pecan. What you’re looking for are the closed petals. 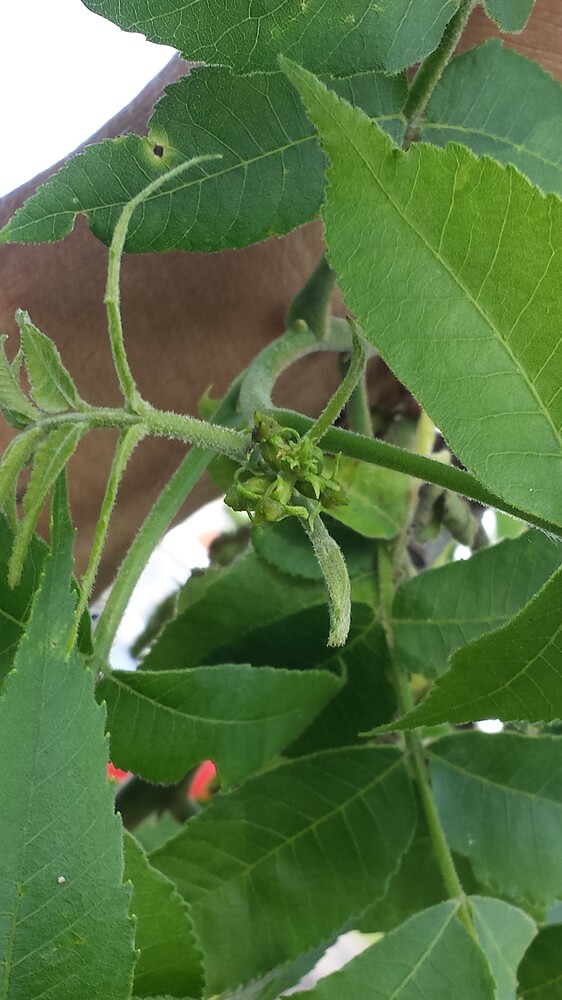 Here you see the beginning of the petals that have opened and the black color is a sign of pollinated nutlets that will continue on until a pecan drops from the tree. 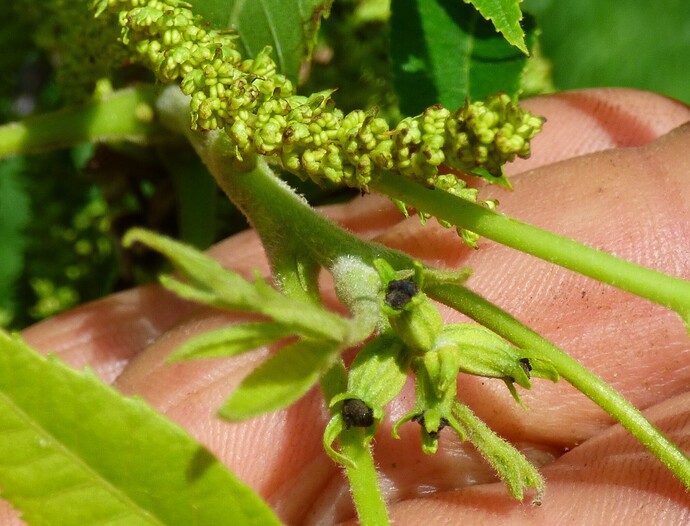 2022×1543 598 KB
Directly above the nutlets in a group of four are the staminite flowers that have not opened to shed pollen. Brown discoloration is from the wind.

Some of you are aware how pecans shed pollen and when they are receptive. This is called protogynous and protandrous. One tree may shed its pollen first (protogynous) while it’s neighbor tree may shed it’s pollen second (protandrous) being receptive first to pollen prior to the development of male pollen shedding catkins…

Pecans are in a whole another category of flowering plants because of these traits. The same applies to Hickory and Hican. One may be receptive first (protandrous) while another may be a pollen shedder, first (protogynous.)

I put this together kind of quickly so please forgive the miss-spellings and/or any reversal of the terms: staminte/pistillate.

The late Henry Converse (Dean of KY Nutgrowers) suggested that ‘Flack’ pecan might be early enough in producing pollen to improve crops on hicans such as McAllister.