Not sure why the tips of my Ponca blackberry plant keep dying. After tips die, it sends out side chutes then those tips die. It just keeps repeating this making lots and lots of side chutes off of side chutes. Does anybody know what might be causing this? It’s in a row next to Triple Crown and Prime Ark Freedom next to that. Those two plants are fine. 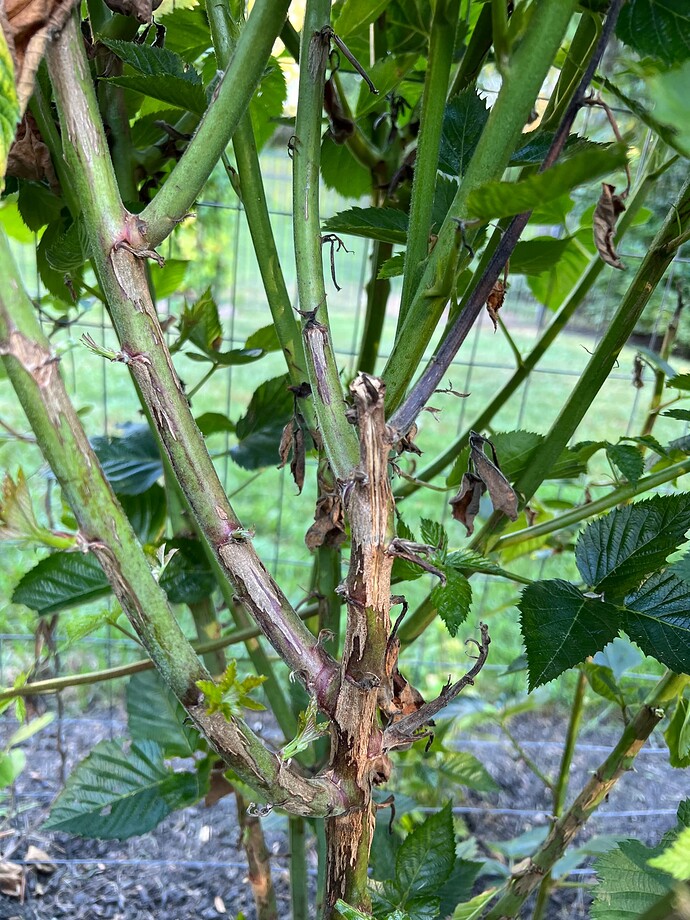 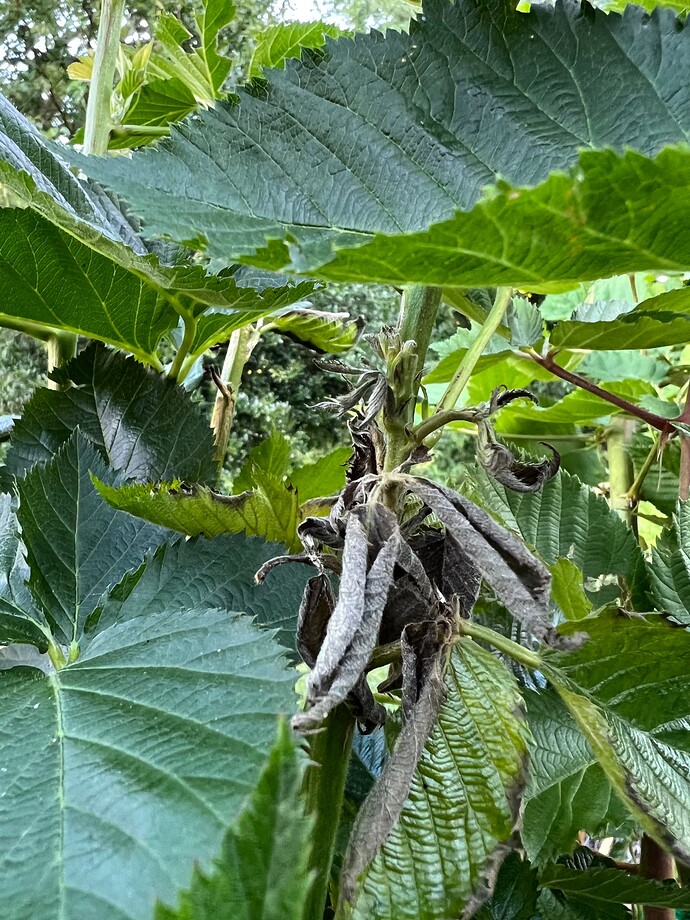 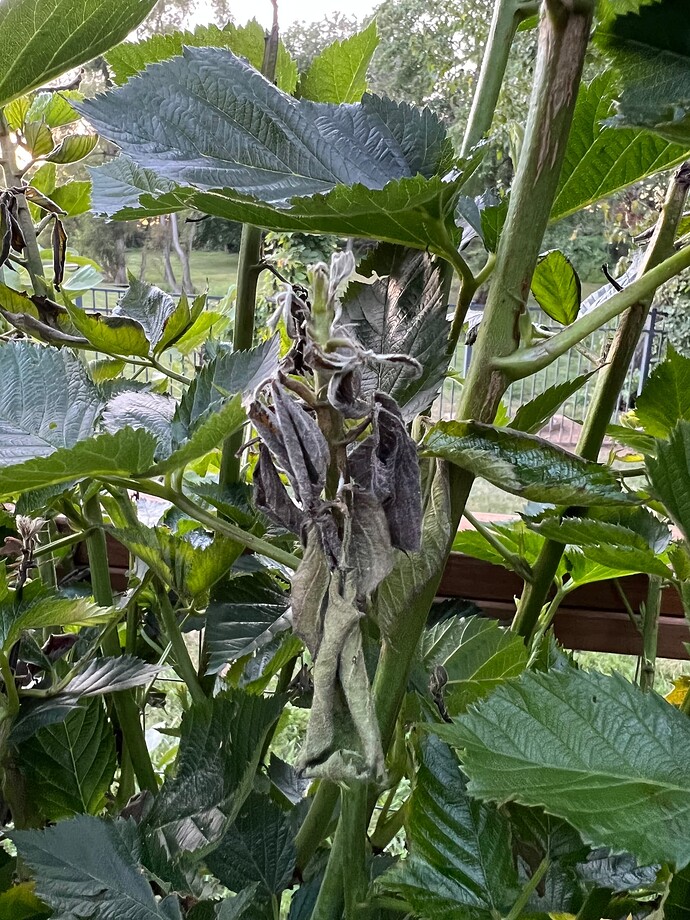 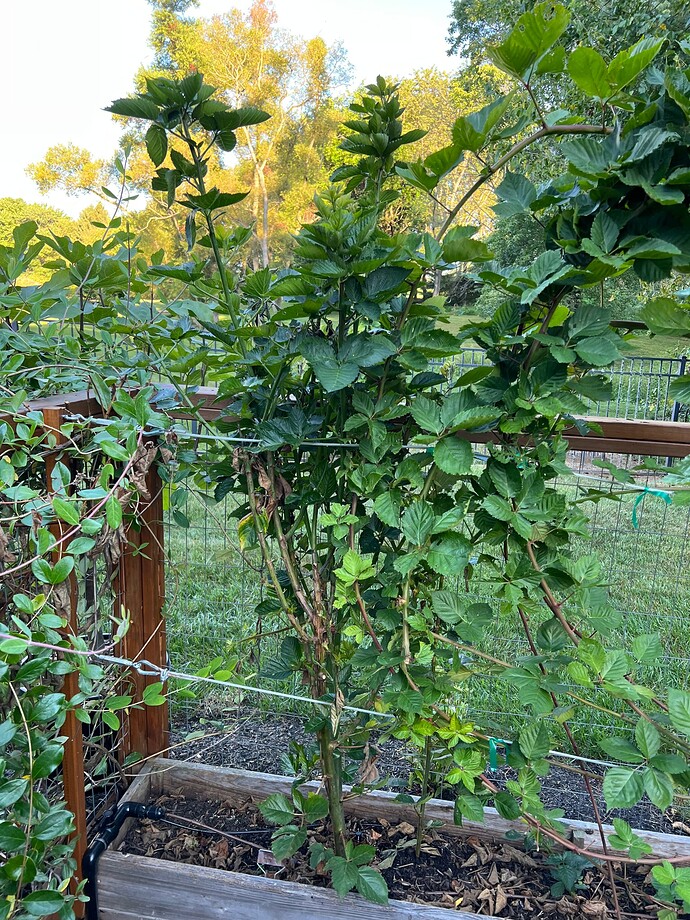 Symptoms like that are common with micronutrient deficiency. Boron and manganese are possibilities. It could also be a disease.

Looks like “Rubus decline” caused by a Phytophthora species

Take a look and see if you see any signs of redneck cane borer…they like to kill the tips. Good news is that the more laterals the more berries.

Mine are doing the same thing. It did it as well last year. I was thinking maybe the heat did it to them. This year Ive been tipping those canes when the leaves start to curl and the plant is sending out new healthy growth. Most of my poncas did not send up new canes this year but produced a lot of suckers. There’s a guy on YouTube, Texas prepper 2, that has the same cane issues as me.

@Wolfmanjack, thanks for the reference to Texas Prepper 2. He recently put out a video on his troubles with Ponca. Based on the comments on the video, sounds like lots of people are having trouble with Ponca. 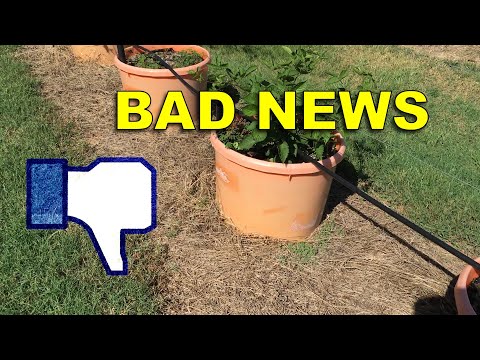 Where did you buy your Ponca and when did you plant them?

My Ponca were diseased this year so I pulled them out.

Based on the thread about flavor, I was very much considering exclusively growing a few Ponca canes as I’m very limited on space. Now I’m having second thoughts but appreciate all of you sharing your experiences. If anyone figures out the root cause maybe management will be worth the good fruit.

I got tissue culture plants 2 years ago and have had zero problems with disease so far. That could easily change as there are plenty of wild blackberries in the area. My experience with tissue culture in general has been extremely positive.

I got my bare root cane from Indiana Berry in 2021. I don’t think anything was wrong with it as it had a great first year. First berries this year were amazing. Definitely very sweet as described. However, about midsummer, the berries became very sour. Not sure what that was about either. I cut out the floricanes after berries were done. I did not notice the primocane tip dying problem until after floricanes were gone.

Appreciate the controlled growth. Primocanes grow to 4-5’. Floricanes be can trellised on horizontal wire. Sweetly smooth without the tang of Triple Crown. The two varieties make a good blackberry mix. 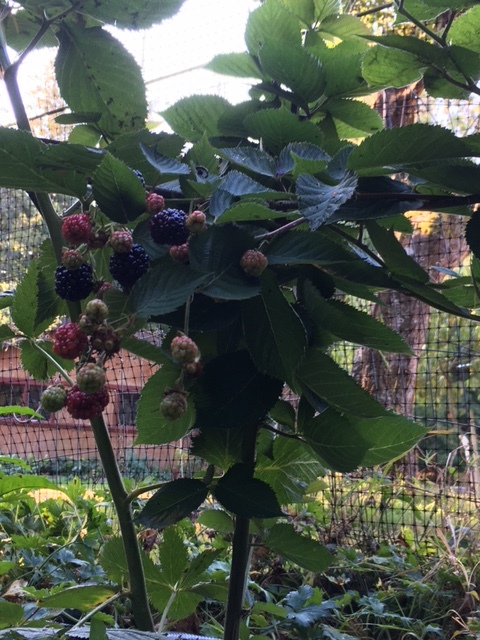