I gave nut grafting a try this year. Of 10 nuts, so far only 1 has produced leaves. Two of them don’t look promising but still could pop. The rest failed. Here is the successful one: 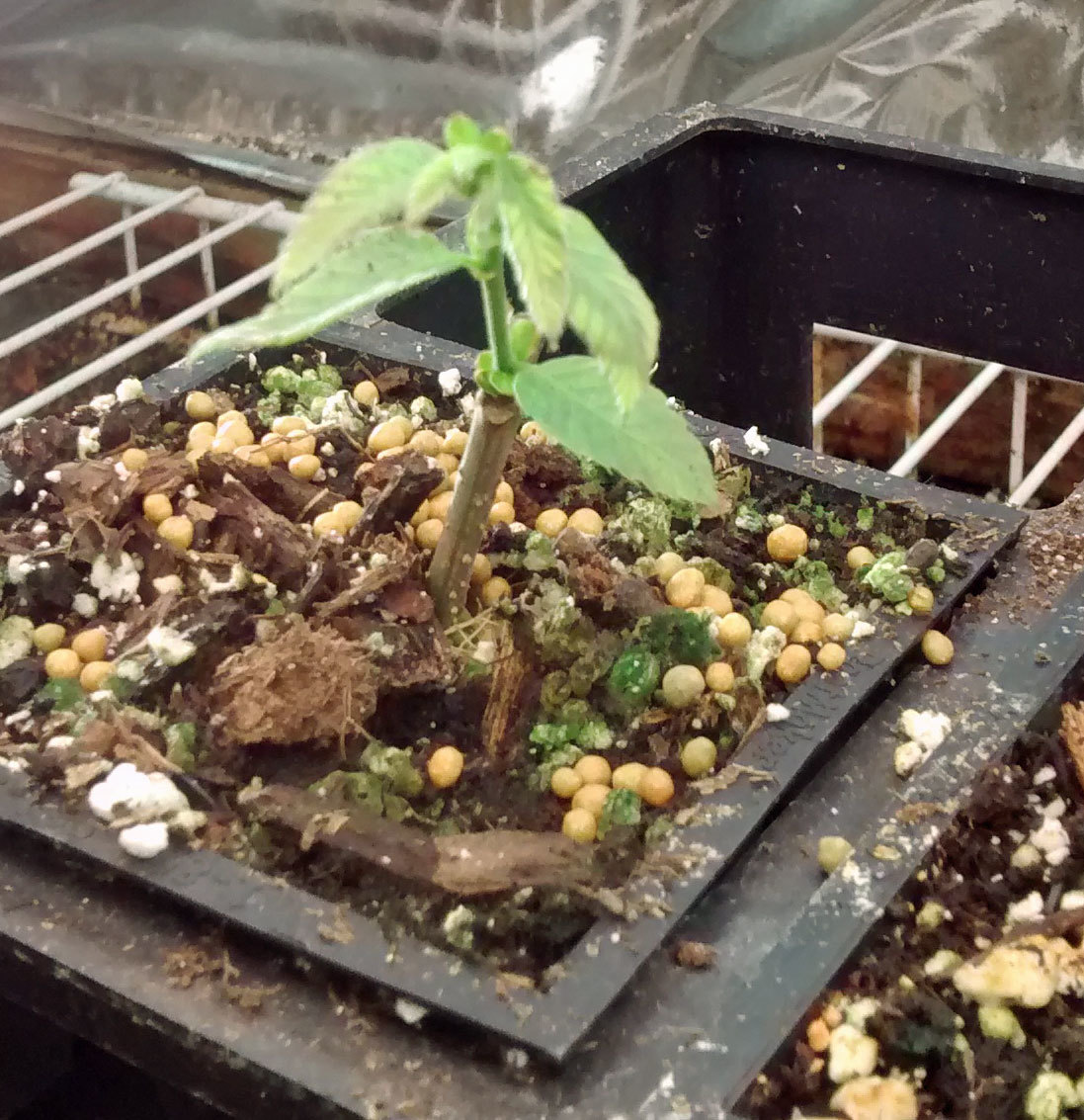 Are you grafting on an emerging stem or a petiole? I’ve never seen a chestnut nut graft on a petiole. There are two completely different types of nut grafts done on chestnuts that I’m aware of. The first is done immediately on the emerging root. The second is done later on the emerging stem. I don’t have photos of any of this.

To the best of my knowledge, there are several forms. One is inverted radicle grafting where you wait for the root radicle to grow about an inch and then sort of wedge graft to it. You turn the nut upside down and plant it and it is supposed to grow a new root radicle. I tried that method several years ago with no success. I was unable to properly secure the scion to the root radicle. Another method waits for top growth and wedge grafts a scion to that stem and the cut can even go down into the root a bit. Again, I had issues properly security the scion (big fat fingers). Another form grows out the stem until it is larger but does so with not light. The stem gets a milky color but is supposedly more receptive to a scion. I have not tried this method.

The method I used lets a root radicle emerge and grow about an inch. You then cut about 1/4 of the tip of the nut (with the root radicle) off. You make a small cut into the exposed portion of the nut. The cut is supposed to be from one petiole to the other. The scion is wedge cut and inserted such that each side of the scion cambium is in contact with a different petiole. The idea is to tap all the energy in the nut.

The next step with this method is to place the grafted nuts in a bag of damp peat for several weeks until the buds swell and the nut produces new roots. When the bud swells, you sort of plant them in the peat in the bag so the scion is above the medium this time and wait for leaves to form. You slowly open the bag over time to allow the seedling to adjust to the lower humidity before removing it and planting it. I did not follow the second step precisely. Instead I tried to adapt it a bit. The idea if placing the grafted nuts in the peat in a Ziploc is to create a high humidity environment for the graft to begin healing and for the leaves to form. Instead, I immediately planted the nuts in 18s with the scion above the medium. I placed the 18 in a ziplock bag to provide the humidity.

Part of my problem could be getting the humidity right in the bag. I did have some that were attacked by mold. The other possibility is that I did not place the scion in the right spot in the nut.

I am not familiar with your method. I have only tried the first method using the radicle. I had better than 50% success rate but I lost interest in it because the growth is so slow for the first couple of years. I prefer top working larger seedlings

Here is a long video that show nut grafting: https://youtu.be/NpAcoSbkSBo

I do plan to top graft some trees I planted a few years ago in the field after they begin to leaf out. Any hints would be appreciated.

Top working larger seedlings is the easiest way to graft chestnuts. It’s what Luther Burbank did throughout his work with chestnuts. I’m a lousy grafter with smaller chestnut trees but I have a very high success rate with top working chestnuts. I think it’s the best way to establish an orchard. Plant lots of seedlings, keep the good ones and graft the rest. It is slower than planting grafted varieties but it’s a lot cheaper. If you want any specific advice let me know. It’s so easy though that there’s just not much to it. In that respect it’s almost the opposite of nut grafting which is a pain no matter how you do it.

I’ve done a lot of bark grafting of persimmons and pecans, a fair amount of W&T for apples and Jujube and done some cleft grafting, but I’ve never grafted chestnuts. I’ll probably try my hand at chip budding some apple seedlings in a few weeks (another thread on that).

Thanks! I’ll give that a whirl!

Anyone else ever try this nut grafting thing?

This is a very interesting way of grafting; never saw this done but it looks like it ought to work.

I think that is a banana graft.

No is name is "greffe en flûte "

[img]https://s6.postimg.cc/nngl1gvs1/chestnut_cut_for_nut_grafting.jpg[/img
Look at this picture? The darker spots are the petiole stubs and the faint line between them is the divide between the cotyledons.

The seam between the cotyledons is almost horizontal in this photo.
The knife goes in so as to cut both cotyledons and then you ease in the scion wedge and cover everything except the scion buds with damp peat.
The moss only needs to be damp, not real wet.

See if this helps any. 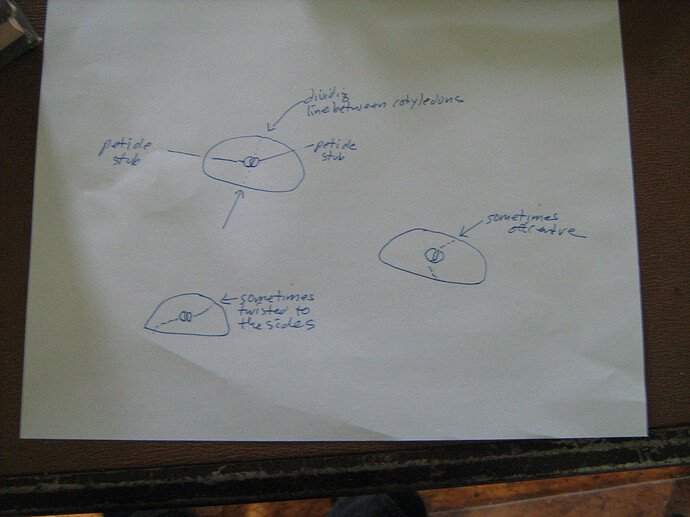 Yes, I’ve watched videos closely of how it is done. I just don’t seem to have much success with it.

OK, so why do you want to be able to do them? Is there some other method that will get you what you want? For example, I grafted onto trees in my yard for the first time this May.
I did twig ends as high as I could reach, and several took. One has catkins, so if the idea was a pollinator, grafts are good for that. If you want to breed from a particular tree, grafts let you do that too, even a single twig that takes gives you pollen for a hand pollination. If you want to replace a tree with known genetics, a graft at the tip end of a seedling does that.
Nut grafts have a disadvantage in that they don’t come back up if the mice/voles/bunnies eat them. They are portable pollen for hand pollinating a tree , but you could just graft on a scion of the desired Poppa, for the same result…

Does this help? Choosing another method, I mean?