It looks like Bud-9 might be almost too precocious. I don’t know what the implications are. Here are a few grafts in my garden. The Northpole is 2 years after grafting to Bud-9, also bloomed last year. About 2 feet tall now. The Sweet-16 and Summerred are one year after grafting. I pruned the top off to knee high, so also about 2 feet tall. I guess there’s not much I can do about it - remove flowers and hope there are vegetative buds waiting to grow. I added some nitrogen fertilizer this year in hopes for faster growth. 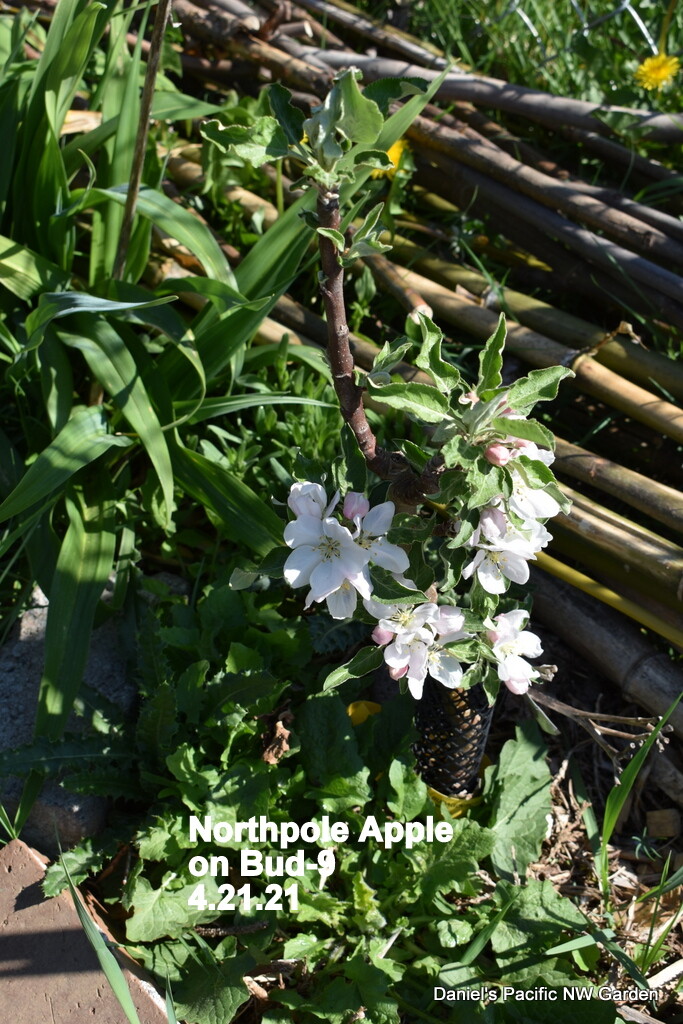 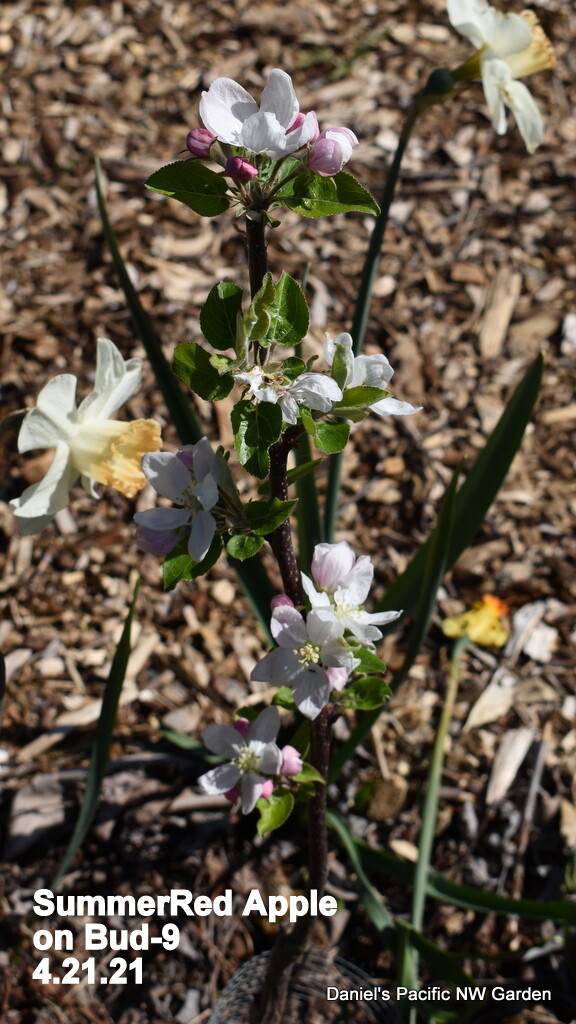 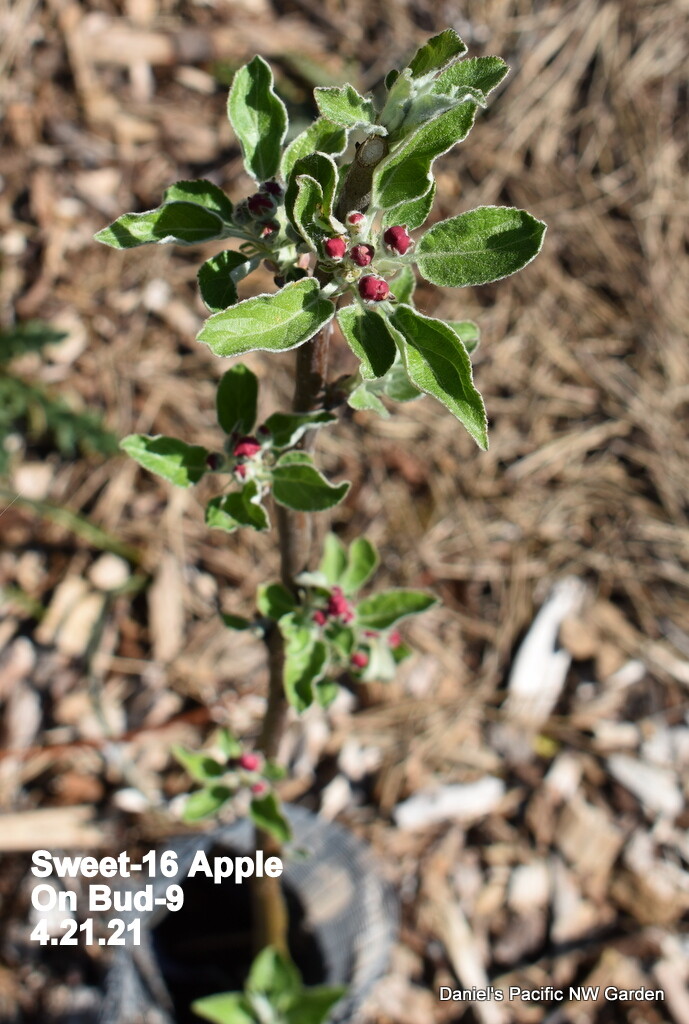 It will be fine after you pick the blooms. I have grafted trees on Bud 9 and you’re right it’s important to pick the blooms when the tree is tiny since the trees are low vigor. This can be an issue with many dwarf rootstocks. Also be sure to clear weeds and grass away from the base as the roots of Bud 9 can’t compete with them. Mulch also helps. Water and fertilize to insure good growth.

I bought 4 dwarf trees from Cummins one year on Geneva rootstocks and all of them were totally covered with blooms the first year which I picked off. But now after 5 years in the ground the trees are all 10-12 feet tall with me doing some size control pruning on all of them.

That’s interesting information. And I can especially see it happening on the pole apple.

I’ve not been able to replicate the event you describe, though.
I have quite a few 2 year old apple trees on B-9 (I grafted 100 more this year), and I was anxiously
looking for them to
put out some bloom clusters so I could
get a first taste of some varieties.

Only one tree, nicely branched at 6 feet, bloomed and set fruit. It is a “Cornish Aromatic” that I’m hoping to get at least one apple to maturity on it this season.

And a “pink lady” on B-9 grafted last year has a bloom cluster in the top (tip bearer) at 40 inches. Probably need to remove these! Of 30 or so B-9 grafts last year, that’s the only one to bloom.

None of my G202 or G30 three year olds bloomed. I have a G-11 Esophus Spitzenburg from 2019 that has set several fruits. I have one two year old on Antonovka with one bloom cluster that has set 2 apples.

And I have 3 of 5 trees on M111 with fruit for the first time…grafted 2014. One of the other 2 might have if not for losing limbs in the ice storm couple months back.

As I have put in a handful of cummins trees on g935, g222 and g30 and I am hoping to end up with 10-12 foot trees that is exactly what I want to hear. This year I picked the blooms off of a goldrush/g935 in its 2nd year under my care. The others of similar age have not bloomed.
Which rootstocks did you plant?

The five year old trees are on G16, G11 and G41. They are on good soil- silt loam or silt clay loam depending on the depth. Also they receive drainage from a corn field so the nitrogen and water they receive is a higher than I would like.

I did plant some trees last year on G30, G935, G890. Both the G935 and G890 trees were sent on the wrong rootstock they were supposed to be on G41. Because of this I need to work at keeping them in their space. I plan to let the Goldrush on G890 to set a few fruit this year to help control its size.

Cool! Then my take is that in your hands a number of scions on g16, g11 and g41 grew out to 10-12 feet in ~ 5 years. They are in a nice location for growth and treated well. I guess I would call this a good sign for my trees on g935, g30 and g222. Mine get full sun; the soil is a little wetter than I would like but they are all planted ~ a foot above grade. The golden russet/g30 perhaps might be extra work to keep at 12’ ish. Much obliged.