I have a new Moonglow pear that was bare root and put in a large pot a few days ago. I always thought some of the top needs to be pruned. Also, it has two center stems that go up about 5 feet from the fork, one needs to go? Which one, and how much would you prune the side branches if any? 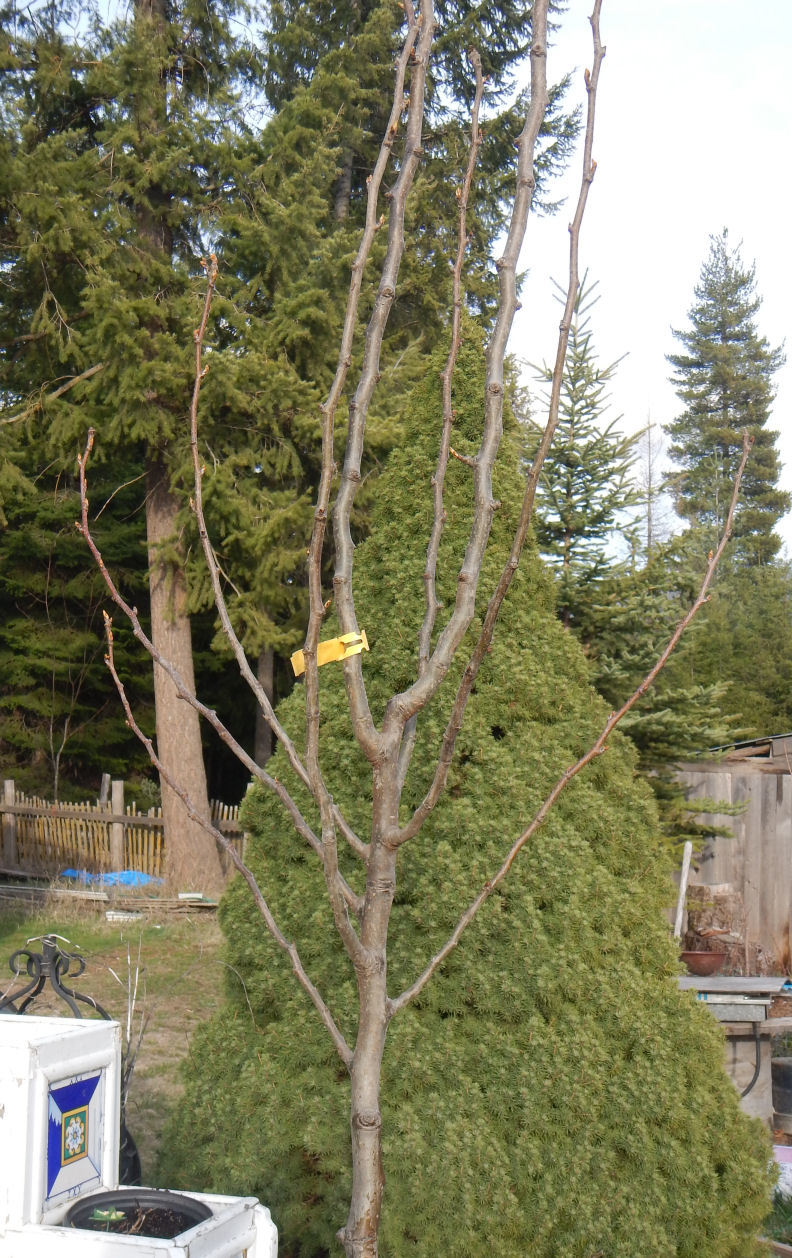 Pears often suffer a lot of stress from transplant compared to other species. The general recommendation is to prune them back hard in spite of some evidence that balancing the top to the root does not aid in a trees recovery. I think pears may well be an exception- especially in hot climates.

When they don’t recover from transplant well they can take years to return to decent vigor, even if they survive.

I recommend you prune the branches you wish to keep, (preferably those less than a third to a half the diameter of the trunk) back to short stubs and remove the competing leader with the label entirely. Then cut back the leader as well, to about 18 inches above the wound created when removing the codominant (branch with label)…

I would remove both leaders and prune back all of the vertical growth
and get the tree back in the ground, if you haven’t already done so. Then
I would train the tree to a more open vase system and train the outer branches to a more horizontal growth pattern.

Thanks guys, your suggestions helped. I gave the tree a hair cut. Cut out the one leader and chopped the other one back. Then cut the side branches back by about half, I just couldn’t cut it back to stubs. That way I will have something to tie down level.
I have an Anjou that I tried to prune into a vase shape. It isn’t co-operating. I put a couple of spacers in between some limbs and that helped some. Pears just want to grow up.

Check out the Treeform spreaders. I use 12 and 20", doubling them up for stiff branches. You can make a decent spreader at home.

Improvisation is a very needed trait in growing fruit trees, unless you
have a fat bank roll. 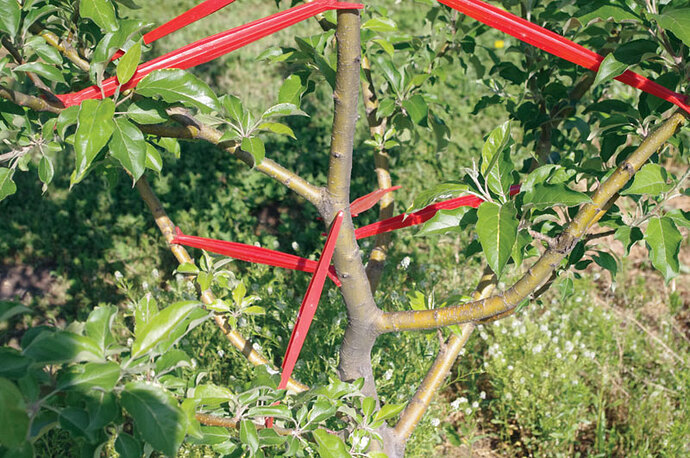 This season or forever? I hope they haven’t stopped getting them from Canada!

“Bob,
Thank you for your order. Unfortunately, we are out of the spreaders and are unable to obtain any more at this time. We will cancel your order. We apologize for any inconvenience this may cause.”

No, you are mistaken, I was just on the phone with them and they are only out of one size, the rest are available so hop to it.

I have made some spreaders by cutting a piece of extra limb to the desired length and pushing a small brad/nail in each end. Then wedge it between the limbs, makes a small pin hole in the limb and usually doesn’t slip. And I may try tying them down. I have pulled limbs down by putting a rock in a nylon sock and tying it to the end of a limb. Leave it there all summer or maybe even two. Did this on a flowering crab apple that I wanted to have a weeping shape.