Try saying that fast 3 times! Anyway,I’ve been growing these for about 2-3 years,with some in ground and pots.
One container that I didn’t expect to see a plant in,was one with a Nectarine in it.I let them share it.Not a good idea.The Potato plant flourished and the tree died.Am I blaming the PPP for it’s death?Partly.Maybe the plant took valuable nutrients away from the youngster.
The tubers were harvested and some were given to a neighbor for a stew and the rest I fried with Peppers,Onions and Kielbasa,for a memorial meal. Brady 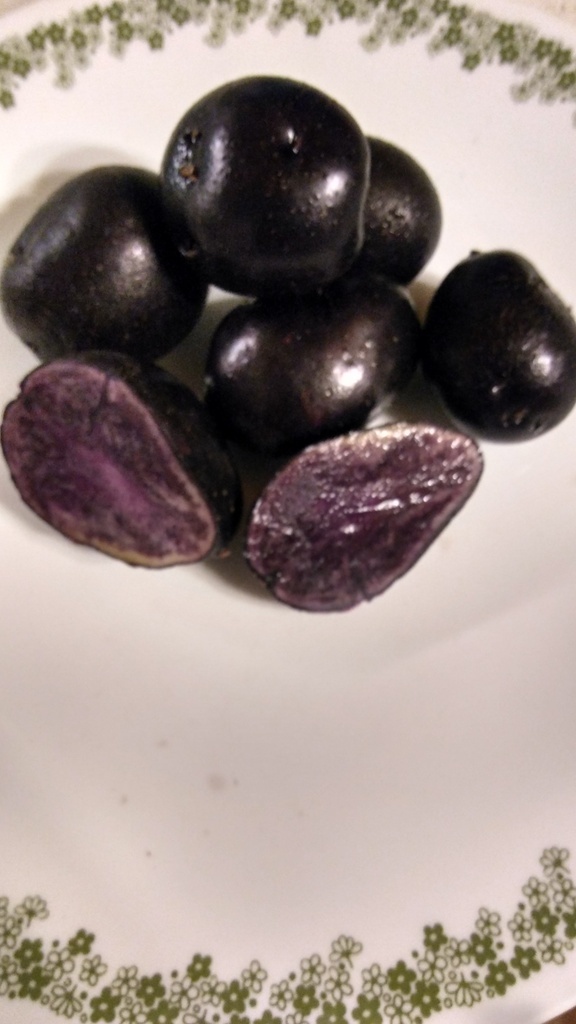 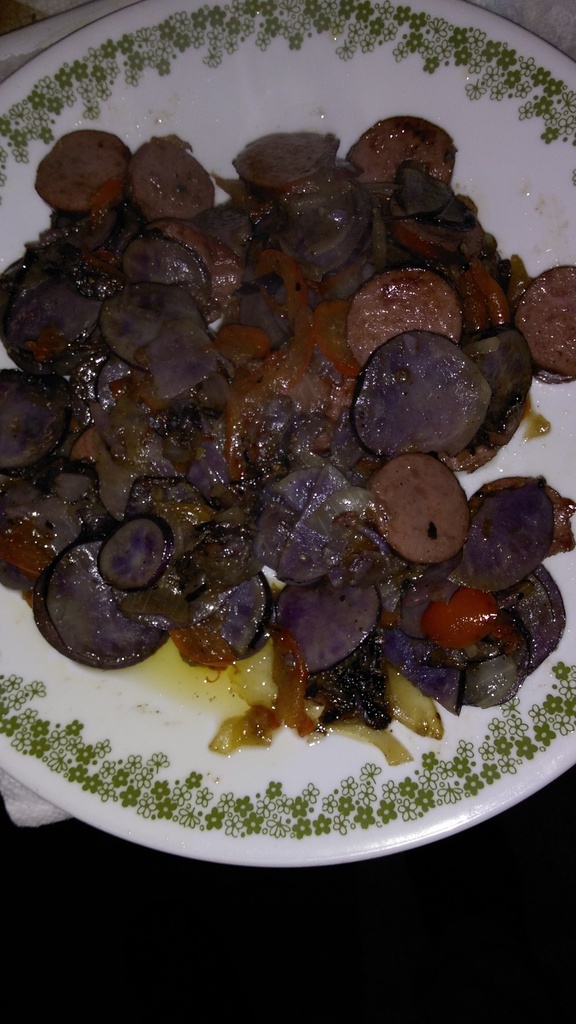 These are actually cultivars of sweet potato (Ipomoea batatas var. batatas). An interesting discussion of their history can be found in the “Naming” and “Origins” sections of the Wikipedia Sweet Potato entry: Sweet potato - Wikipedia

How do they taste?

I grow them and they’re absolutely yummy!

Thanks for the information,Richard.
To me,they have more of a “regular potato” flavor that of sweet one.I do like them.
The reason for me starting to grow them,was a sharing at a Raintree Nursery sponsored class,by a lady,Jo Robinson,who wrote a research book,"Eating on the Wild Side"about growing nutritional fruits and vegetables. Brady

I assume it tastes better than it looks. Once we had a stew from purple cabbage, chicken, broccoli, noodles, and other items that turned out purple. After you put it on your plate, it would start to turn a beautiful turquoise-green, almost iridescent, around the edges. Our boys took some for lunch to their private high school the next day and warmed it in the microwave. Then they ate the tasty stew with gusto and much drama, claiming it was “nuclear,” while their friends turned green in the face unable to even watch.