These two 5 year old Wild Goose plums are showing symptoms that I do not know how to interpret the cause. Is this likely to be fire blight or some other disease?
Dennis
Kent, wa 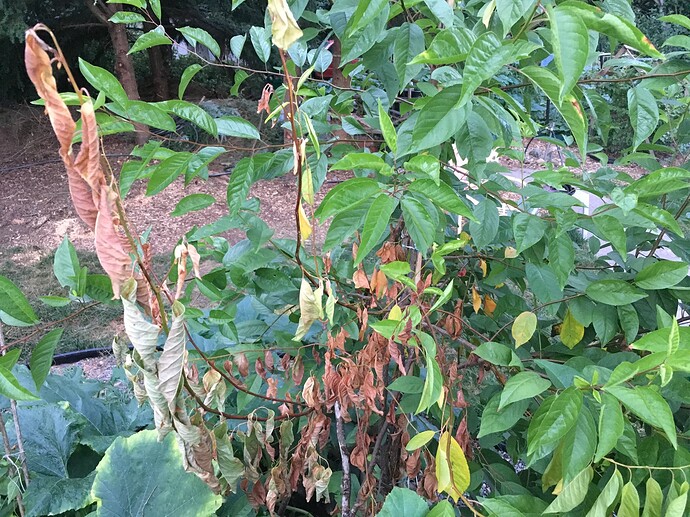 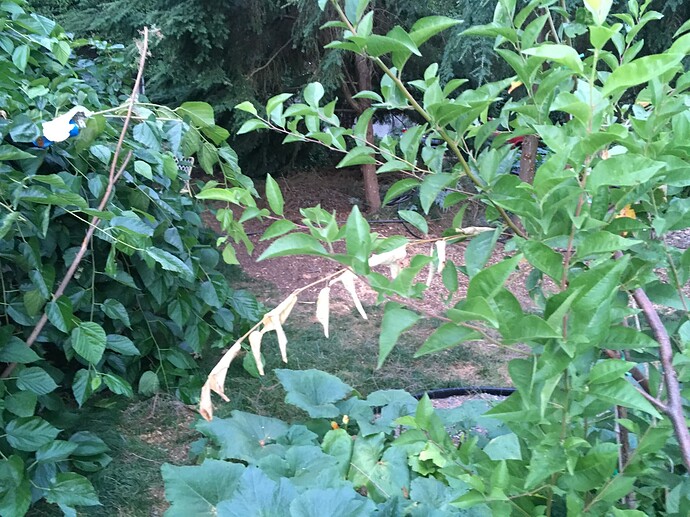 What’s going on where the dead branches meet the live parent branch?

Hi Richard
When I have good light later today I will take pics to post so you can see the base of the limbs. Last night when I noticed it only the leafs appeared affect, I could see no difference in the bark of this limb vs other healthy limbs. No cankers or abnormal bark.
Dennis

Hi Richard
Below are several pics of the base and bark of main trunk, I cannot see any irregular issues such as bleeding or a canker. The entire beach looks like normal healthy bark except for the dying and wilting leaves. I bought white vinegar today to treat it. Is removing the leaves and tearing with vinegar all I need to do?
Dennis

Your pictures didn’t finish loading before you posted - oh well, your description is very good!

But what is occurring at the junction where the dead branches meet the live parent?

Hi Richard
Will try pics again.
Looks like they loaded. The trunks bark is the same all the way up to healthy limbs. 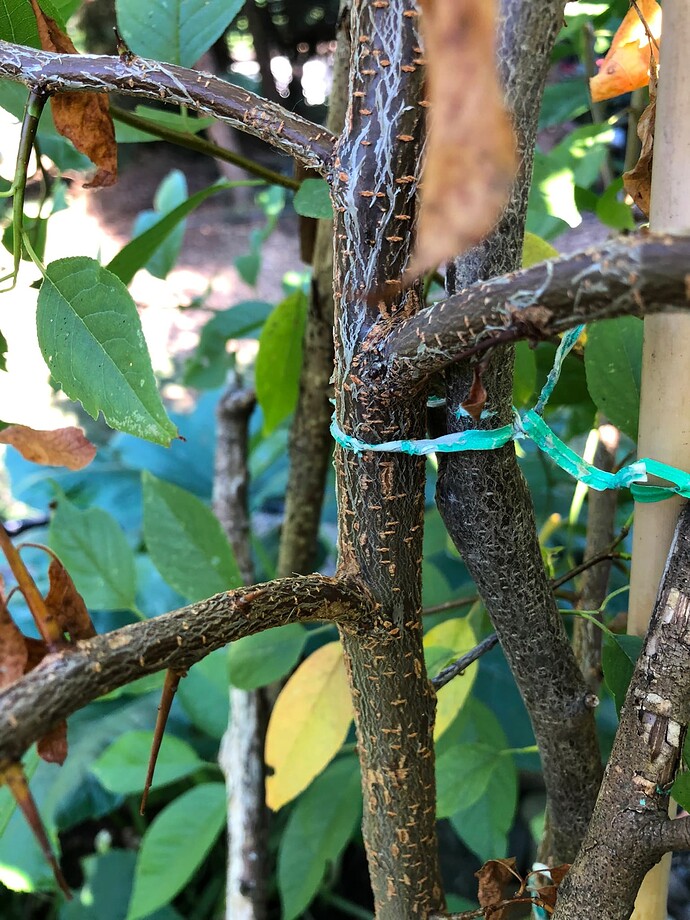 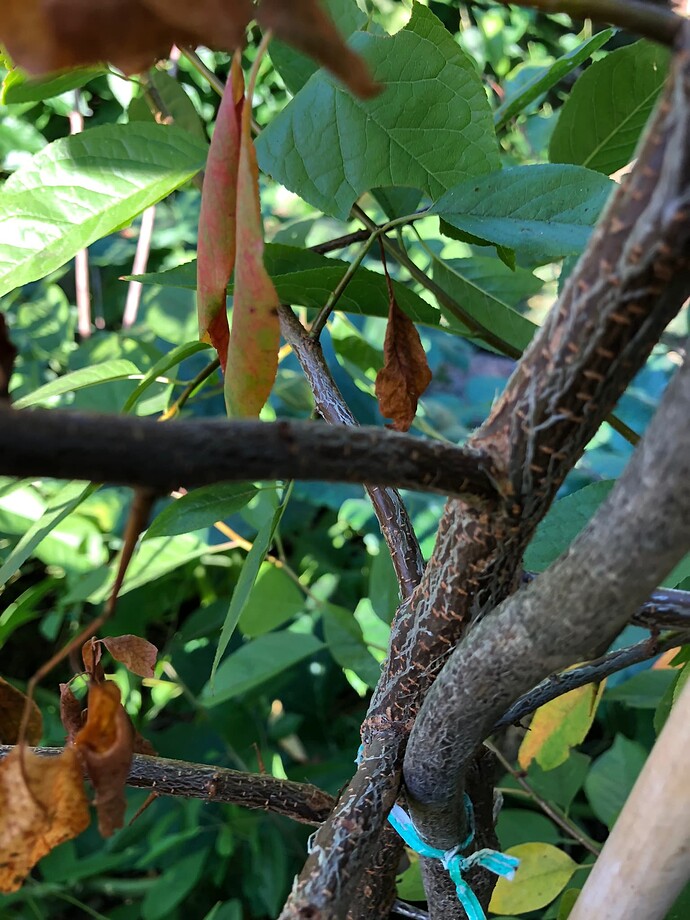 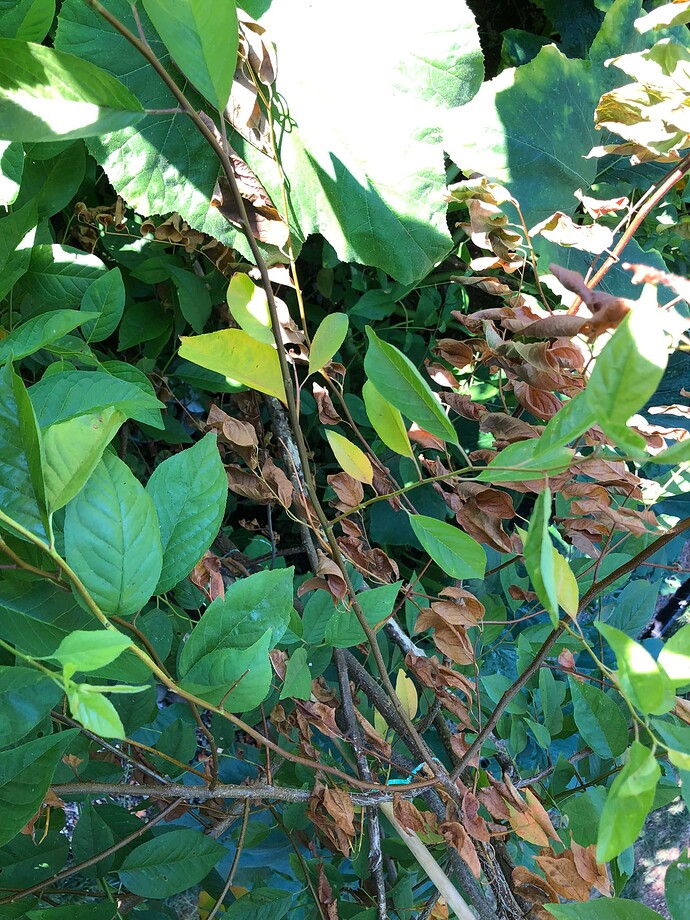 If it were fireblight we’d expect to see cankers.
If it were shot hole we’d expect not to see damage isolated on single branches.
If it is mammal we’d expect to find bark chewed off down the branch before it meets the parent branch.

I’m not sure what it is. If you decide to spray it I’d recommend Monterey Gardens “Liqui-Cop”. 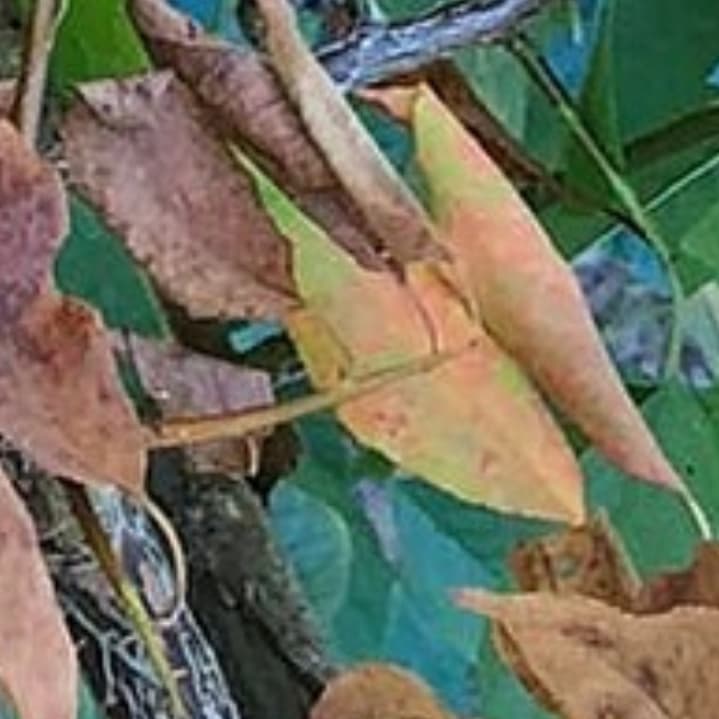 Hi Richard thanks for your tips.
Here’s a closeup of a dying leaf. Note the darker spots, also present on dead leaves. Note also discoloration on twig with dead leaves.

If it were fireblight we’d expect to see cankers.”

Several of the side twigs that lost leaves are discolored and appear to be dying.
There are No cankers present or any sort of discoloration where the two affected limbs meet the trunk. The majority of the two affected limbs appear to have healthy colored bark but some are dying back from the tips. This morning I went ahead and removed all dead leaves, and I cut off the dying ends of limbs back to viable buds. If it’s not fire blight I suspect I may have wetted the foliage during watering, last year that happened on some other plums and they caught shothole, some are still recovering this summer. I plan to keep watching for more withering. I have some liquid copper, but we have plants underneath my wife does not wish to spray.
Dennis