I think a major reason for the coming of reg. ag. is a diesel deficit. But you would get to play with wheelbarrows and shovels for sure…

So how do we get more of the large scale farmers, many of which are corporate at this point, to think long-term when so much rides on getting every bushel per acre possible out of this year’s crop?

If you can talk anyone that grows cash crops into this very strange idea it may start something.

“Six years you shall sow your land and gather in its produce, but the seventh year you shall let it rest and lie fallow, that the poor of your people may eat; and what they leave, the beasts of the field may eat. In like manner you shall do with your vineyard and your olive grove.”
Exodus 23:11

I dont think thats happened yet since we broke ground here in North America. Probably never will.

It does in Kansas many farmers historically leave a strip of unharvested grain every year. We do not harvest every pear or blackberry ever. Acres of my land are unused and animals live there. We do not practice intensive agriculture. Most people want to or need to plant every inch of their property.

We let the animals eat the windfall pears that might need them. We have an abundance and many animals and people are going into winter in very good condition from the large pear crop. Today is November 26 and pears are still hanging in the trees! Family, friends and wild animals harvested all they want. Gave some away to strangers or friends of friends this year as well. Hope everyone was blessed with a large crop this year. Next year I will focus more on selling pears as the crop continues …

We do not practice intensive agriculture.

'approximately 90% of the land area of Kansas is devoted to agriculture production.

Kansas leads the nation in the production of both wheat and grain sorghum. It ranks 7th in corn production, 10th in soybean production and in the top three in sunflower production.’

Things must have changed alot… that seems pretty intense to me.

Im saying us personally not everyone. Many farms have been taken over by corporations.

Oh, the ‘probably never will’ part of that I think is incorrect.

(Just turn on over to the book of Leviticus…Lev. 26:34-35. If our lives keep getting farther from His standards, this is a warning the land may be getting some idle time!)

The land I bought a few years ago had been leased and farmed for 70 years prior to my purchase. Standard corn and soybean rotation. I am planting a few dozen fruit trees and letting the rest go “back to nature.” Good for me, I guess, but I am also conflicted on this subject. I have a hard time believing that the guy who leased and farmed it prior to me doesn’t think “long term.” He has leased and farmed a few thousand acres his whole life and the rest of his fields are still going strong and will continue to go strong for whoever takes over after him. Big ag" has done a pretty good job of feeding 8 billion people in the world this past half century. I resist taking any prescription medicine and love the romantic idea of farming my own small scale regenerative food forest, but people around the globe are living longer than ever due to two main reasons. 1) modern medicines (which are just chemicals) and 2) modern big agriculture.

I think this article explains things that they probably dont teach anyone in school.

How Illinois soil became the deep, fertile, crop-growing wonder it is today.

Settlers discover that thousands of years of grasses growing and dying in the same spot gave us some of the richest, most productive soils in the world. Naturally, this type of land became highly sought after for farming. While prairie vegetation once covered about 40% of the land in Illinois, native prairie is now only a fraction of 1% of our total land cover. It’s ironic. Some of the best remnants of prairie cling to bits of land that lie along railroads, roads and cemeteries left by the settlers who were themselves responsible for the demise of our tallgrass prairie.

Looks like we have experienced several agricultural revolutions already and several more are in process now.

I see a small shift to local food production for local consumption. Even have free high tunnels from the USDA and more research on small scale and organic production systems. The system is changing slowly but even the big supermarkets are advertising and selling “local” fruits and vegetables. We see a lot of new growers selling at several farmer’s markets or selling direct from the farm or from their E-commerce site. Our small PYO farm is part of this important shift.

No till for large scale production is evolving too. The downside of no or low till is the use of herbicides like Roundup or Liberty and the GMO seed but older systems that mostly relied on mechanical cultivation used a lot of herbicides too. A few months ago I watched a dairy farm in my neighborhood y plant 500 acres in tillage radishes and some other cover crop which will winter kill. He will plant corn with a no till planter in the spring. No plow, no subsoil, no disk. He saved a bundle of money on tractor time and fuel and also reduced the soil erosion in a big way.

Perhaps the most significant revolutions came from the development of synthetic nitrogen fertilizer and improved varieties take advantage of the nitrogen to produce yields that were thought to be impossible.

The combination of cheap synthetic nitrogen and large scale mechanical agriculture changed the world forever but not all changes were positive. Once huge benefit is that food costs now account for a much lower percentage of the average family budget by a surprising amount.

Looks like the most likely source of failure of the modern ag system is lack of water. I see lots of discussion about soils and chemicals but not much talk about the shrinking supply of water for. irrigation even as the level of the Colorado river plummets to dangerous levels. 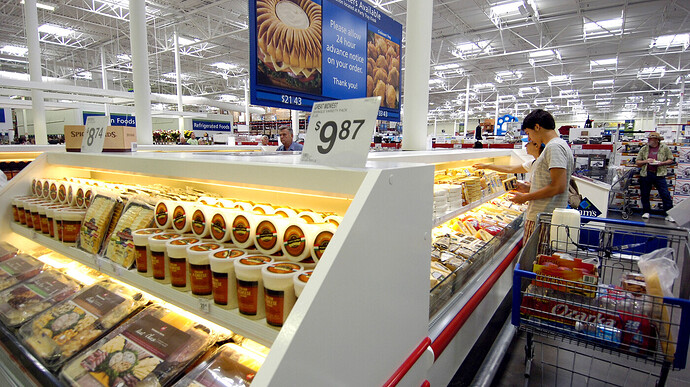 Shelling out dough at the grocery store can often feel painful. But Americans on average actually spend far less on food relative to their income than they did 50 years ago.

I don’t hear much about the requirement for the agricultural system to produce a profit for the farm owner.

I think this is the factor that’s easy to blow off when you’re the onlooker and not the owner. Does the public want to pay owners to rest their land or whatever some think is needed? We’ve done some of that with the conservation reserve program. Can the taxpayer fork over more? Or can regenerative ag pay it’s own way?

You ask important questions. The average taxpayer is already paying a bunch for those things through the current USDA budget. I don’t understand it at all but it’s huge.

Looks like overall the number of small farms is still declining so perhaps the some of the budget could be spent more effectively . I just read that less than one tenth of 1 percent of US farms are 10 acres or less.

Most importantly, the richest folks in the country who already own huge amounts of farm land and are constantly buying more could afford to do big things in regenerative ag if they tried hard. They have the money and technical resources that no other source can provide.

We found a model that works for us but only with the help of low amounts of chemicals so I’m not sure its really regenerative ag.

Rain in due season is a blessing.
Irrigation is at best a temporary solution.

Unfortunately, lots of our food is grown in a desert or near desert climate where no irrigation means no food.

Thousands of leased acres in soybeans this year around here. Most harvested easily by giant combines in the dry fall.

I am curious if it’ll be a big corn planting next year, or if the bio-diesel plant in the area is going to ask for soy. Or, does the new bourbon distilleries bid for corn?

Soybeans do add considerable Nitrogen to the soil for the crop the following season.
I’m surprised there isn’t any of that land gone into wheat, so I expect a big corn planting next year.

valuable chernozem, which is russian term for black earth.
and is probably one of the reasons russians are claiming ukraine, since the chernozem-rich nation’s land area approximates texas

"For millennia, people have relied on human excrement or “night soil” as a source of agricultural fertilizatio

Yes, this was before 70% of Americans were taking chemical combinations that aren’t helpful to everyone. I’m not interested in eating food that has been fertilized with community biosoilds at this point.

Me either. We are fertilizing with forever chemicals now. There is no requirement to test for it so in the following years i guess we will see if it makes us any sicker or not… we are test subjects currently. 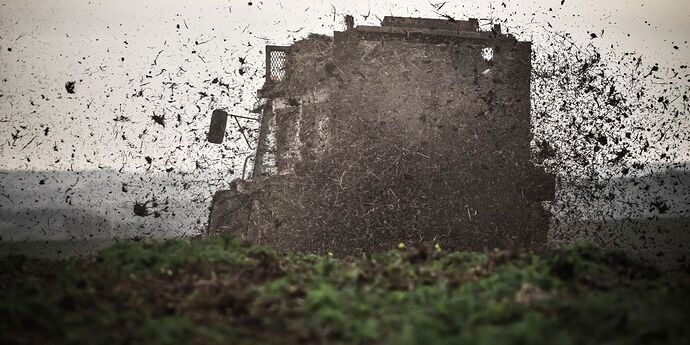 The toxic “forever chemicals” known as PFAS could be contaminating nearly 20 million acres of U.S. cropland, according to an EWG estimate.