Pear decline is caused by Candidatus Phytoplasma pyri transmitted by pear psylla. Grafting and budding can also transmit this phytoplasma. Decline is much more prevalent on trees with rootstocks of Pyrus ussuriensis or P. pyrifolia than on trees propagated on domestic P. communis roots.

Pear decline is characterized by two phases: quick decline and slow decline. Trees may wilt, scorch, and die in a few weeks, or lose vigor over several seasons, when foliage gets sparse with little or no terminal growth. Quick decline symptoms result from additional stress acting directly on roots (usually Phytophthora or Pythium root rot). Leaves turn red early due to starch accumulation in the upper tree.

Frequently, fall leaf color occurs early on affected trees. On suspect trees, use a knife to expose the cambium (just under the bark) at the graft union to look for a brown line.

The phytoplasma is spread from tree to tree by feeding pear psylla. It kills phloem cells at the graft union of specific root-scion combinations, preventing the tree from transporting sugar from its top to its roots. Sugar accumulates above the graft union as stored starch while the roots die from starvation. The reduced root system results in the slow decline of the tree. 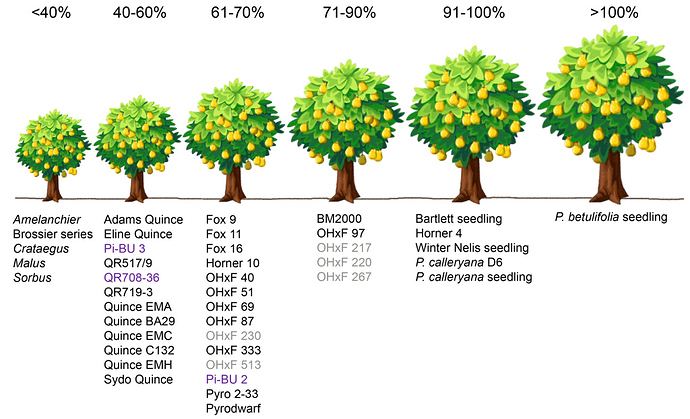 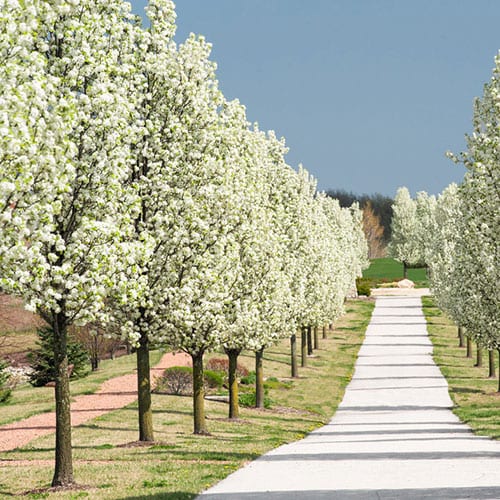 Sounds like the same symptoms as if the cambium were physically girdled on a larger scale. Psylla are so small and AFAIK very common, like ticks, but for trees.