Besides figs, any one can share experience in rooting stone fruit and pear cuttings? I remember that Tony did it with jujube cuttings. I bought cloneX after reading some positive reviews about rooting peach with it.
Thanks.

I would do some searches here for air layering. I have zero success and really just a couple of half hearted attempts, but there are some interesting threads. I wanted to clone an unknown peach I have so I grew some peach pits out and grafted it

It worked with krymsk which is a stonefruit. The key was to take the cuttings at the right time. I think the semihardwood cuttings i took later (from new growth) was late June. I had plenty of takes. I kept mine in shade…use a sand mix/peatmoss…moist… it was very warm … i’ll see how they do when they come out of dormancy in a couple months. I used rooting hormone on all of them…

Keep us posted. If you do enough experiments, most things will root eventually. But, 5% or .1% will chase away a lot of people from being persistent enough to succeed. 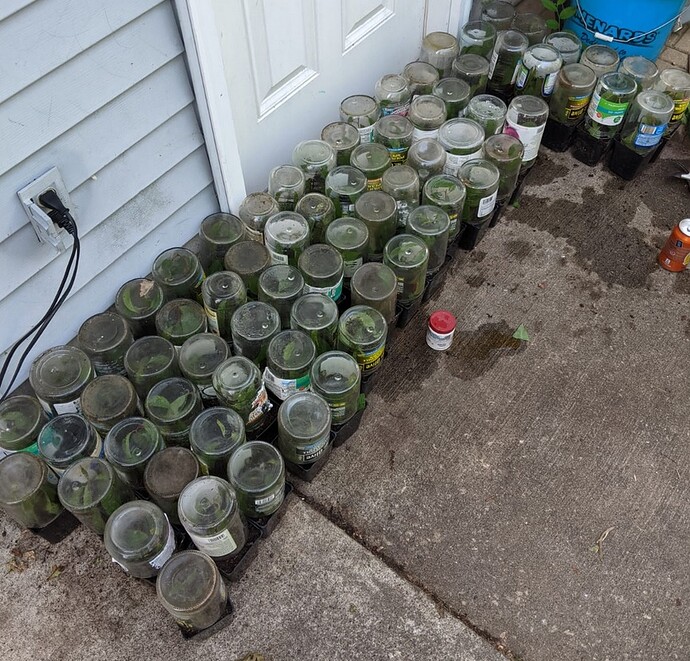 july14865×829 313 KB
I have 75 or so started. Last year success was so so. I think i had about a dozen survive over the winter (rabbits ate the tops off of most of them so i have to protect a lot better//they are growing back fine). 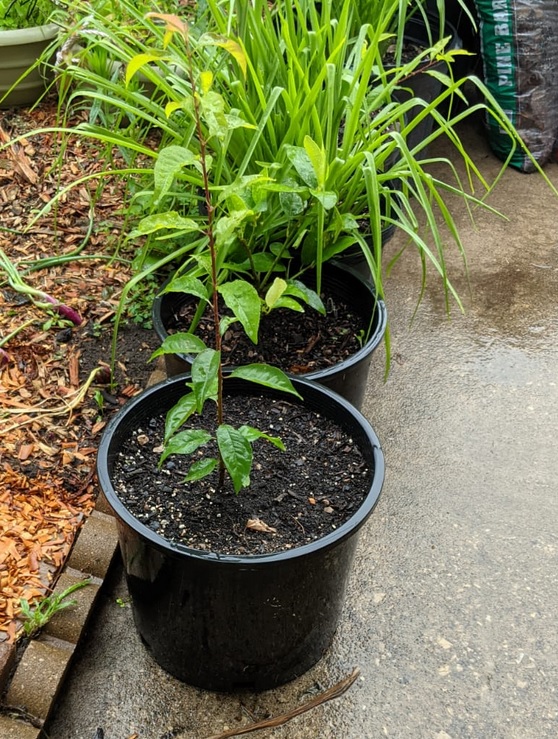 This is krymsk 86 cutting rooted last summer. Probably could be budded yet this summer but probably wait until next summer.

I have had about 5 percent success rate with rooting Marianna 2624 plum cuttings. I did not put much care into it, however. I scraped the lower half of the cutting, coated them in rooting gel, stuck them into soil in a nursery pot, and kept them watered each day, uncovered / exposed to the elements. At first, it appeared most were surviving. However, this could have been from stored energy in the cutting. Alternatively, they could have been killed from fungus gnats. Only one has survived and its growing rather weakly.