I have had two very slow growing Mandarin trees in the ground for the last five years - Owari Satsuma and Tango. Both are from Four Winds nursery, which means they are on dwarfing rootstock. In those 5 years they have grown like 5 or 6 inches per year, while all my other citrus trees (also from Four Winds) grow so fast I have to prune them back. So my conclusion is dwarf Mandarins are a really bad idea.

That leaves me with the question, what rootstock would result in a fast growing and huge Mandarin tree? I would like to start over with trees that I graft myself from CCPP scions. I’m obviously not going to source citrus from outside my local area due to HLB. Most nurseries around here carry 90% Four Winds dwarf trees, but I’ve seen Washington Navels on non-dwarfing rootstock (never identified though) so if Mandarins grow well on that it would be my best option. Thanks for any suggestions!

I don’t have a suggestion, but this is good to know re; Four Winds, as I was eyeing possibly a dwarf mandarin for over here in Livermore.

Call Durling’s in Fallbrook CA and ask them what they use. They are the world’s largest single source for Citrus.

Costco will eventually have citrus for sale, they usually have semi-dwarf rootstocks for the citrus, a couple different wholesalers supply them, like willits & newcomb.

My understanding is the words “dwarfing rootstock “ from 4winds is that it is not a “dwarf rootstock,” but a dwarfing one which would make it semi dwarf. The only truly dwarf rootstock is flying dragon. I do have two gold nuggets on flying dragon too, but they are newer trees, that have been in the ground a year and haven’t grown very much That being said mandarins generally stay smaller than the other citrus. First pic is ‘tango’ second is ‘gold nugget’ compared to 3rd pic of Myer lemon. All three are four winds trees. Myer has been in the ground about 7 years, gold nugget 6 years and tango 5. Have probably already used 200 plus lemons this year 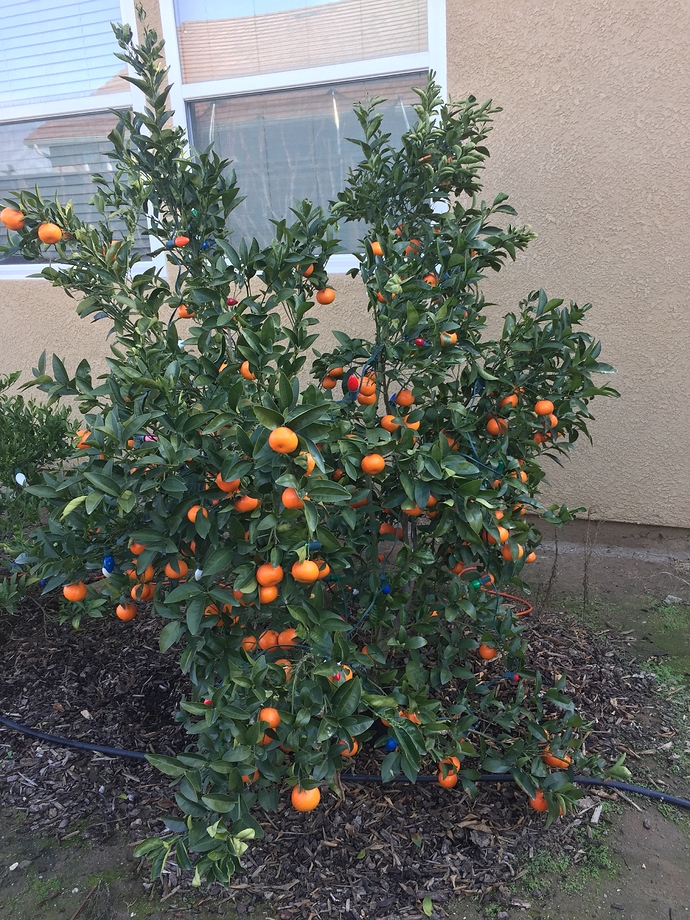 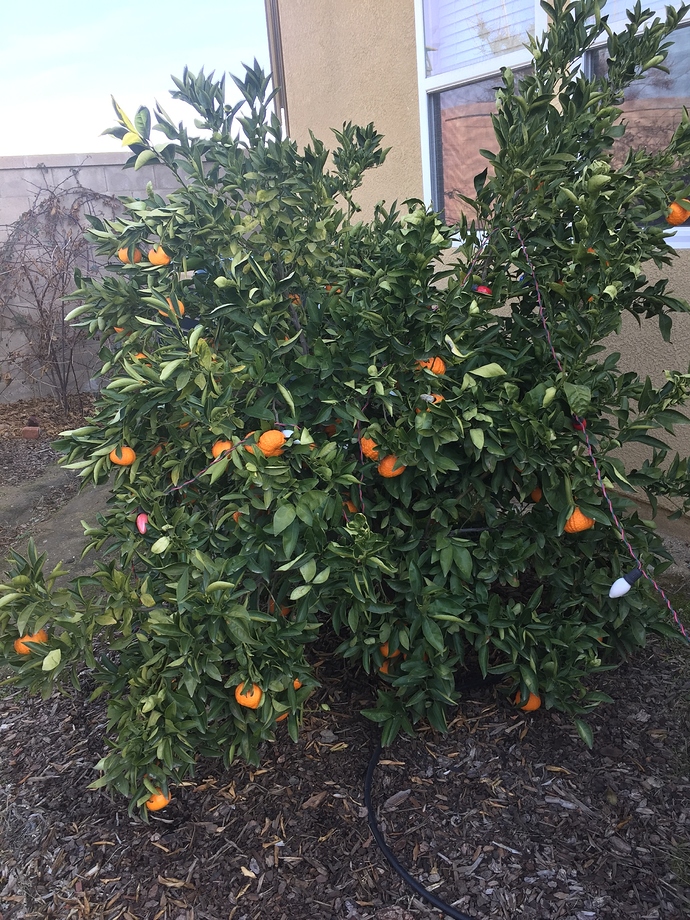 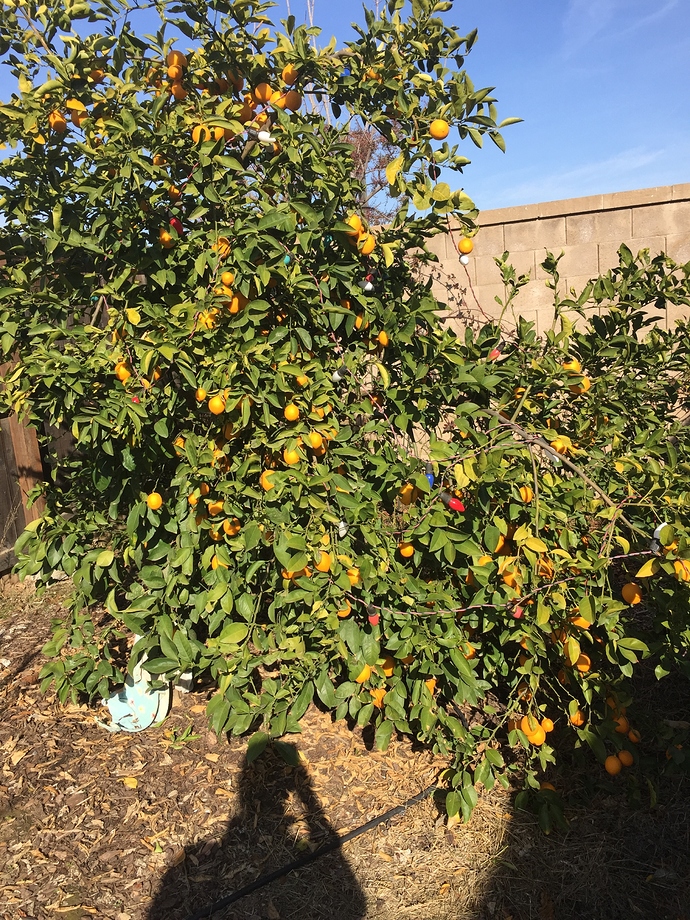 Nice looking trees. Those light bulbs will keep them warm at night.

Those light bulbs will keep them warm at night.

Unless the ground soil/water temperature drops into the 30°’s.

They go through the to high 20s fine. Mid 20s usually a little dieback, but I’ve yet to loose one. I soak the ground before a freeze, pull the mulch far away from the trees, turn on lights and cover with tarp or blankets if mid twenties. If low of 30-32 just lights and soak the ground. I rarely cover gold nugget.The commercial growers in the area turn on their wind machines