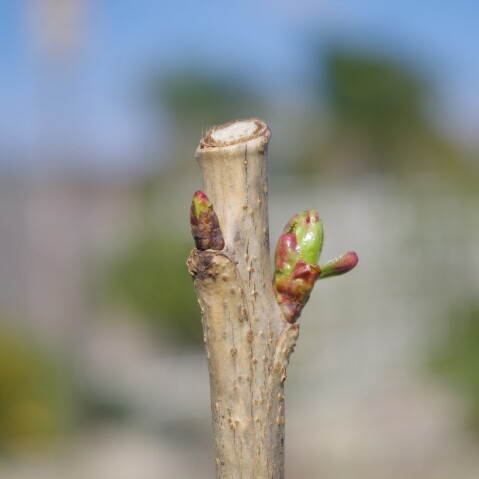 Thanks Dax, I actually miss-posted – the hole is really for my Placentia Walnut

Well this is the real deal, I promise

Today I pulled out the stump of my Panache Fig – axed because Janet didn’t care for it. In it’s place I will plant the 6GM25 I acquired from WAN (Walter Andersen Nursery) this winter. Given all the roots of the Panache, I had to remix the hole. To the remaining soil I added 2 cu.ft. Peat Moss, 2.5 cu.ft. Sunshine General Purpose Soil, and 8 cu.ft. of decomposed granite. In all the hole is about 1 cu.yd. (27 cu.ft.) in volume so the mix of amendments to native is about 50/50. 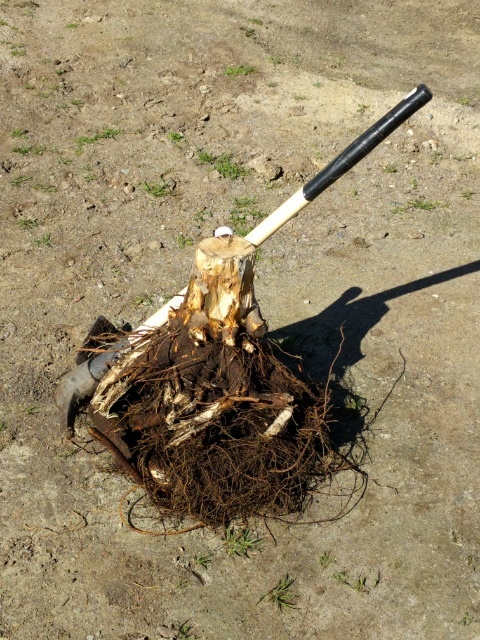 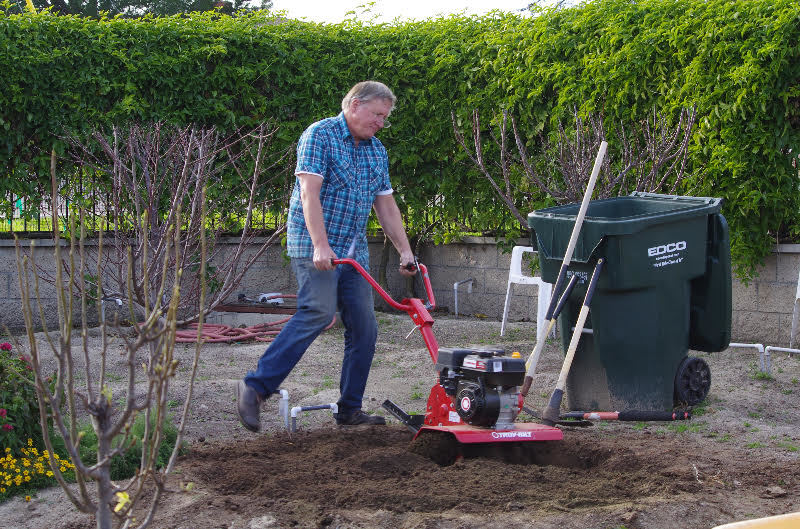 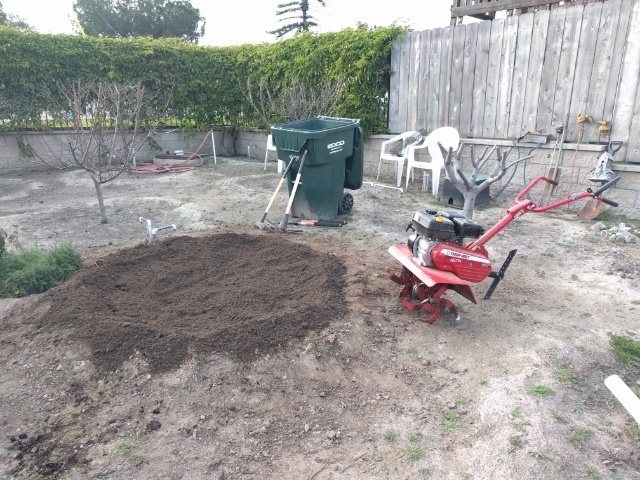 Wow Richard, you do your trees right!
Haha your trees are the envy of all the other trees in the county (city?).

So can we take it that Janet picked out the cherry tree?

So can we take it that Janet picked out the cherry tree?

I first learned about 6GM25 in this thread from @gsims1997. Of course it was Janet who approved replacing the two Minnie/Royal-Lee trees with 6GM25 so she could have room for the Walnut tree she wanted

It is still in the pot but in its planting location, pushing out new leaves and branches

Richard you work very hard at creating a beautiful orchard. Now you confirmed what I already knew, that you are a smart man.

Thanks, I like this site because there are a lot of smart people here and it’s well managed to boot!

Both mine are at the same stage as yours. Looks like a nice, healthy, robust cultivar. I am cautiously excited about this cultivar. My Cristobalina is a bit behind, but also starting to leaf out.

My Cristobalina seems like its alot more in sync with Lapins than MR/RL. Meaning its coming out right as MR/RL finish up. Brooks, Tulaire, and Coral Champagne seem about the same.

My Cristobalina seems like its alot more in sync with Lapins

Yes. That makes a lot of sense.

Boy, that would be great. My Lapins looks very good this year, full of spurs. I am hoping for fruit this year. My Royal Raniers also look to have a lot of flowers, and again, hoping for some fruit. Cherries are by far the most finicky stone fruit to grow for me. Most sensitive to CH and pollination issues. Both are just about ready to bloom, and I think I might even had a few blossoms opening up at the top of my Lapins. Have to check it out this morning.

I hope Lapins does well for you this year, and for me. Ours is large and healthy on its 4th or 5th leaf. Blooms well but has never set a single fruit. Ill likely topwork it when I determine which other variety is most reliable.

Thanks, Eric. Not holding my breath, though. Mine is also substantial and very happy and healthy. Cherries are just so particular, and even though I can get upwards to 600 CH on my property, cherries just are super particular. And, I think it isn’t just the CH, but a combination of a bunch of factors that in my area, and maybe yours, just do not add up to fruit set. I am more hopeful for 6GM25 and for Cristobalina.

They really need to come up with a name for that cherry, im really kinda tired of the 6GM25 thing. lol I have them all labeled out in my orchard as “new cherry”. Tho I dont necessarily hold out the hope for it that you do. It seems yet another dave wilson/zaiger beta test via consumer to my eyes. Time shall tell…

Where I put more faith is on what they offer commercially. They save the cream of the crop for the commercial sales. Like for instance note that Royal Lee is the variety that they recommend commercially and mainly use Minnie Royal as a 1 in every 20 tree pollenizer. Why? Because Royal Lee is the better setter and higher quality fruit. This new cherry could be great but I kinda doubt it. If it was great they would have kept it on the commercial side where they make far more money.

They really need to come up with a name for that cherry, im really kinda tired of the 6GM25 thing.

Funny you should mention that. They had a naming contest for this cherry that just closed on 3/17. So, stay tuned for the winning name.

This new cherry could be great but I kinda doubt it. If it was great they would have kept it on the commercial side where they make far more money.

Yes, certainly agree with that observation. The stuff that gets released to the retail consumer is either not as high quality as their commercial cultivars, or, have traits that would not be desirable for a commercial grower (i.e., doesn’t pack well). So, some of what we get is pretty good to great, other cultivars are “just good enough” for retail sales, saving the better cultivars for their commercial clients.

I would note that the worst issues with cherry set for me have been the self fruitful varieties. None of them have set as well as Bing, Van, or Rainier. Don’t know if that will be true of this new low chill self fruitful. But at least if it doesn’t set we can rule out lack of chilling.

The fact that Lapins blooms for you guys tells me this isn’t a chilling issue. I’ve set my greenhouse up to have as many as 75 straight days at 38-60F. That equates to 1350 Utah hrs. Set wasn’t any better.