I thought Kocide is already organic. So what’s the difference now aside from O that makes it organic?

The standard version has never been certified organic as far as I know. No organic label on my Kocide 3000

I’m not sure what changes were made to the product in order to get the organic label.

The standard version has never been certified organic as far as I know. No organic label on my Kocide 3000

I’m not sure what changes were made to the product in order to get the organic label.

The SDS of Kocide 3000 says 46.9% of the formulation is “Other Proprietary Ingredients.” There are probably dispersants and possibly particle coatings in that 46.9% that wouldn’t be certified as organic. So they probably had to go and reformulate those to make it organic.

46.9 % magic! Must have some new magic for the new formulation…

I bet the new organic label cost a bunch!

I really don’t understand the ORMI process for “Organic”. At at one point Streptomycin had an organic label for Apples.

Streptomycin is actually produced by Stretomyces griseus a bacterium commonly found in soil. So I don’t necessarily think it’s a reach for it to be labeled organic.

Streptomycin is actually produced by Stretomyces griseus a bacterium commonly found in soil. So I don’t necessarily think it’s a reach for it to be labeled organic.

We might not use the bacteria, It could be synthesized? I don’t know? We do use a lot of bacteria in this way so it is possible.

The rules of whats organic or not are somewhat arbitrary. If its a natural you are just multiplying by some “feeding” its still organic, and I think that is the case with strep. Spinosad you can get in both organic and non-organic versions, the latter being cheaper. I don’t recall how they synthesize spinosad, perhaps they genetically engineered a version of the virus or they modified some other virus. Viruses are complex and I don’t think you can efficiently synthesize them from basic chemical compounds.

don’t think you can efficiently synthesize them from basic chemical compounds.

No you cannot! I didn’t mean the bacteria (Stretomyces griseus), I meant the Steptomycin which is just a molecule. Same thing with Spinosad. Spinosad is a mixture of chemical compounds in the spinosyn family that has a generalized structure consisting of a unique tetracyclic ring system attached to an amino sugar (D-forosamine) and a neutral sugar (tri-Ο-methyl-L-rhamnose)

It comes from Saccharopolyspora spinosa which is a bacterium, not a virus.

So it looks like they have a synthetic non organic spinosad version. I myself favor these most of the time. Like in the case of Pyrethrum from the Chrysanthemum.
It has been used for centuries as an insecticide.
Pyrethroids are synthetic insecticides based on natural pyrethrum (pyrethrins); one common example is permethrin. A common formulation of pyrethrin is in preparations containing the synthetic chemical piperonyl butoxide: this has the effect of enhancing the toxicity to insects and speeding the effects when compared with pyrethrins used alone. These formulations are known as synergized pyrethrins.
Cyhalothrin is an organic compound that is used as a pesticide. It is a pyrethroid, a class of man-made insecticides that mimic the structure and insecticidal properties of the naturally occurring insecticide pyrethrum which comes from the flowers of chrysanthemums. Synthetic pyrethroids, like lambda-cyhalothrin, are often preferred as an active ingredient in insecticides because they remain effective for longer periods of time. It is a colorless solid, although samples can appear beige, with a mild odor. It has a low water solubility and is nonvolatile

lambda-cyhalothrin is the insecticide in Bonide’s Fruit tree and Plant guard which I use mostly for the fungicides that are very effective against brown rot. But the insecticide is effective against PC and is close in structure to the organic Pyrethrum except it is not water soluble, lasts longer and is more effective. I feel it’s fairly safe compared to others. Plant guard is an excellent product for fruit trees.

Most of the above text is from Wiki, I was a Med Tech so familiar with this stuff, but I lack the desire to word it myself, so sorry for some of the redundant statements.
So to sum up, I meant synthesize molecules, which is amazing we can even do this. So in all these cases the product does not contain any bacteria, only their defensive products.

Great info. Thank you for posting this.

Thanks for posting this. I’ll be trying this on my fruit trees this spring for sure.

I’m in British Columbia, Canada, so this will be interesting to see if your “recipe” works up north.

So far for 3 years in a row, using my Italian Salad dressing recipe, I have controlled peach leaf curl and other diseases on my nectarines, peaches and roses. The only damage you’ll see are from hailstones. We had several series of rains and hail during the budswell enough to have each Nectarine and Peach Leaves have the curl disease. 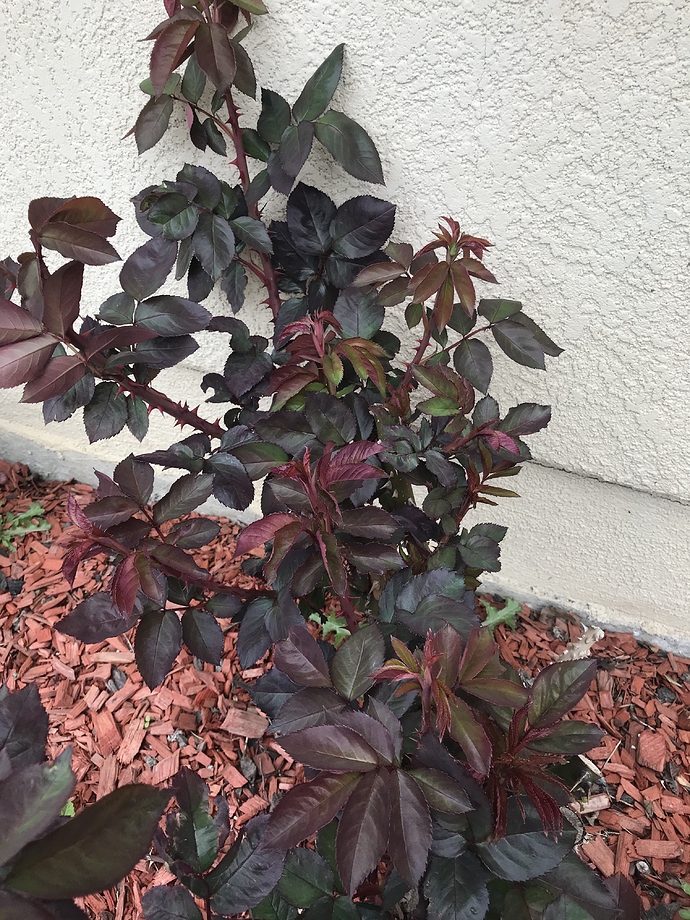 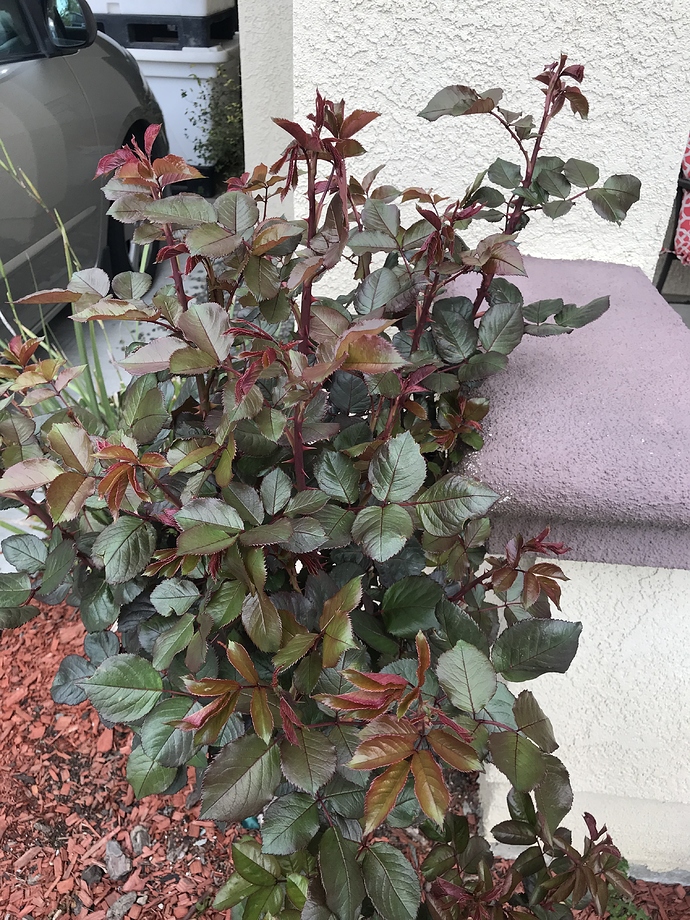 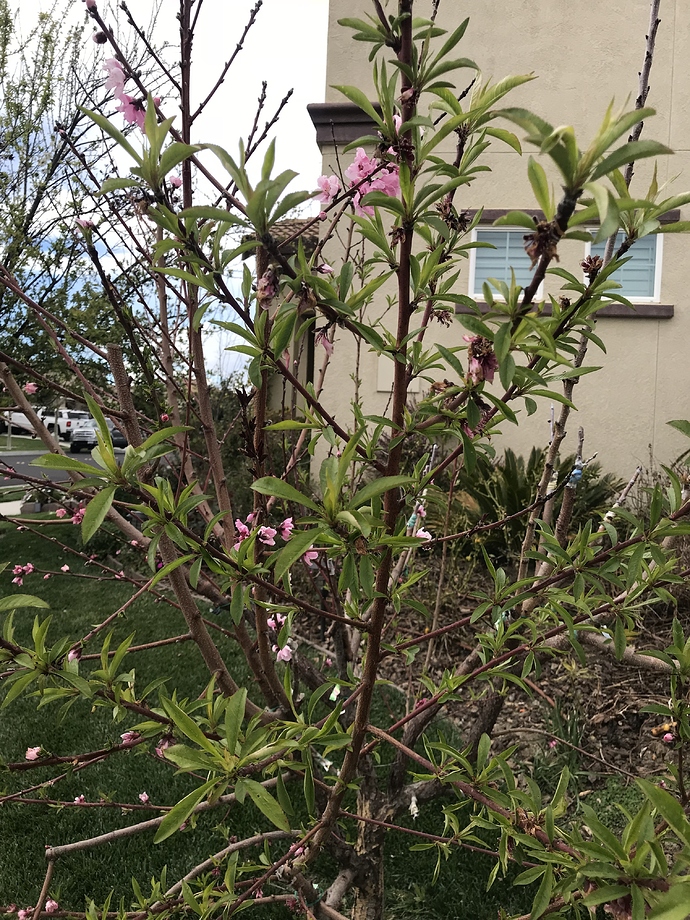 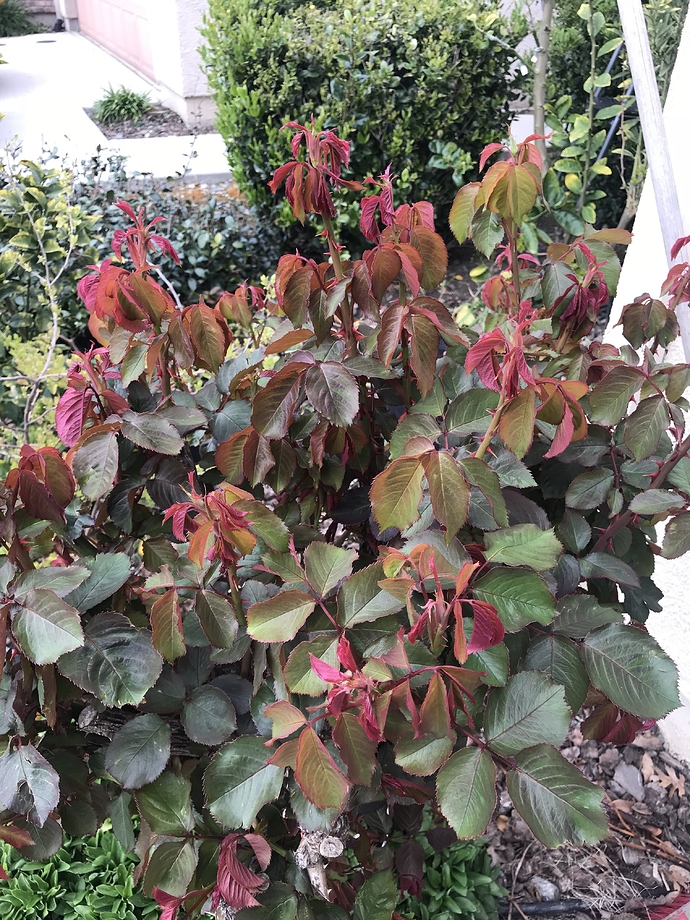 @JoeReal, would your “Italian Dressing” recipe be effective on cherry, apple and apricot trees? We had a horrible insect/worm infestation in our cherries last year and hoping to try something organic to resolve it this year.

Insect worm infestations are best dealt with spinosad, it is approved for organic farming.

So far for 3 years in a row, using my Italian Salad dressing recipe, I have controlled peach leaf curl and other diseases on my nectarines, peaches and roses.

Leaf curl is dealt with by early season spray but that will not prevent those “other diseases” such as Brown rot, powdery mildew , etc. How often does the “Italian dressing” spray have to be sprayed?

How often does the “Italian dressing” spray have to be sprayed?

I can’t say for other places but in our area, we spray after leaf fall, middle of winter and budswell. We only follow up sometimes in the summer with diluted formulation in case of wayward rains that invite mildew and other fungal diseases. Normally we don’t have rains during the growing season.

I can’t say for other places but in our area

Understand. The humidity and rain in the Northeast requires frequent treatments. I plan on using some standard fungicides early in the season and then switch to your organic method closer to harvest.

I’m in a bit of a pickle, no pun intended with the vinegar… I haven’t sprayed my trees for leaf curl yet. I’m in north County San Diego. Some of my trees are in full bloom. Does it help/hurt to spray now since this is natural and seems pretty innocuous? Or should I avoid the blooming trees and spray the others? Or forget it until next year and hope I’m ok…

Just a suggestion because I have no experience with this recipe. If the microbes are all killed off, good and bad, it might be a good idea to spray with a quality compost tea shortly afterward to over-populate with good microbes thus not allowing any bad microbes a chance to re-colonize the surfaces. You’re making a healthy environment on the surfaces. This is similar to when you have to take an antibiotic for some reason and then take some probiotics afterward to re-colonize you gut with a healthy bacteria population. This is what Michael Phillips (organic apple grower) does to prevent apple diseases. Over populate with the good stuff. Timing with the life-cycle of the particular disease is critical also.
Thanks to JoeReal for the recipe and knowledge and everybody else on this forum. I am learning tons of stuff here…

Great input on the compost tea. I ended up not spraying my trees at all this year. I got pretty lucky with only one tree appearing to be severely effected by leaf curl and a couple others only minimally/moderately. Going to try this next year for sure!