Scarlet Crush Apple from Stark's -- anyone have in-depth info? 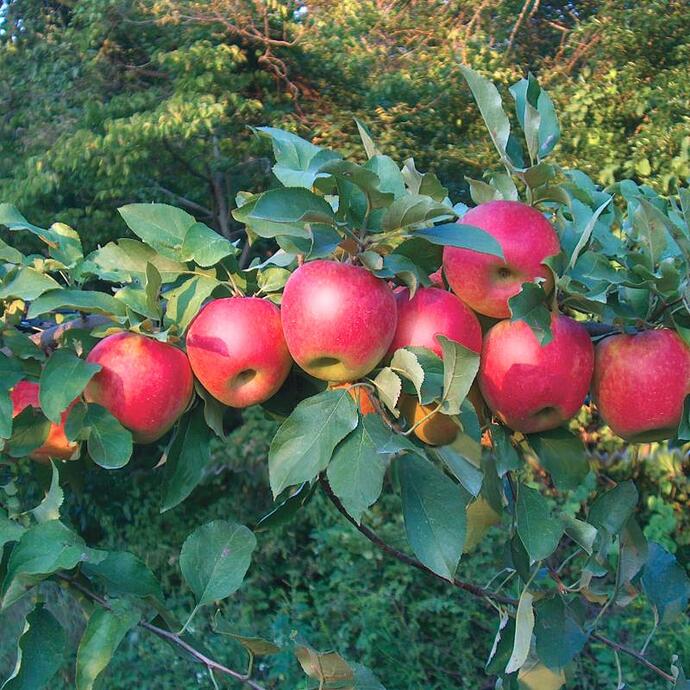 This is new to the Stark’s catalog, but they mention it comes from an apple cross developed in 2000. I’m wondering if there’s anyone out there who possibly has more information than is found in the catalog – like disease resistance/susceptibility, and especially if there’s anyone who has tasted one!! My favorite apple is the Cripps Pink/Pink Lady and my husband’s is the Honeycrisp! We’ve already planted Honeycrisp though I don’t have high hopes for it since we are in VA zone 6b and have plenty of summer heat, and I know it has vigor problems and disease susceptibility. But as I said, it’s my husband’s favorite.

This new apple has me very interested as we haven’t planted Cripps Pink yet and if this has most of the same taste and uses (the ad says it is a good cooking apple) it might become the new favorite of BOTH my husband and myself!

There was a thread here mentioning it not too long ago –

Starks sent out email with the new varieties shown below. I’m not interested in adding more peaches but they did discuss having new peach rootstocks. I receive their wholesaler emails. Scarlet Crush™ Tops in taste tests! Our new Honeycrisp/Pink Lady® cross is sweet with citrusy notes, plus all that famous Honeycrisp snap and juiciness. 3" pink/rosy-red fruit is uniform, conical and attractive. A fine cooking and fresh-eating apple. Keeps up to 6 months. Ripens as early as late September. USPPA…

Thanks, I did read that. I was just hoping maybe someone out there has actually had contact with this apple since I read here that Stark’s discovered this apple from some Illinois growers who were selling samples of their apples at farmer’s markets.

I spoke with a Stark’s representative today and she said that their information indicated that this apple was not observed to have susceptibility to CAR; was not extensively tested on scab or fireblight; and has some susceptibility to mildew. Of course that doesn’t say WHERE it was tested.

Impressive. I tried a Honeycrisp/Pink Lady cross called Jazz the other day and it was the best apple I have ever tried. I will be ordering the award winning Scarlet Crush for the 2018/19 growing season.