Has anyone else tasted this apple?

Does anyone know anyone who is growing it in the US?

Shinano Gold is a cross of Golden Delicious × Senshu, made at the Nagano Fruit Tree Experiment Station in Suzaka, Japan, in 1983. The apple was registered and released in 1999 (Japanese Variety Registration No. 7328, registered Aug. 11, 1999).

Bloom is early to mid May. It needs 150-160 days after full bloom to ripen. Harvest is in the middle of October. Pale green becoming yellow similar to Golden Delicious but has excellent storage for 4 months in cold storage. Good balanced taste, crisper and more complex than Golden Delicious. The color is pale green becoming yellow. Fruits may get stem end cracks, similar to its ‘Senshu’ parent.Trees are moderately resistant to alternaria blotch and mildew, but susceptible to scab.

The fruit is now sold in Europe, Australia and parts of Asia under the name 'Yello". In 2015, 10 metric tons of ‘Yello’ were sold in Europe as a test. ‘Yello’ is now grown in Italy, where it is purposely diﬀerentiated from ‘Golden Delicious’. It was announced in 2020 that it will be tested in the US, but I can’t find any details as to the nature of the test. I bought my apples at 99 Ranch in Texas which would not be considered to be a test of the US market. 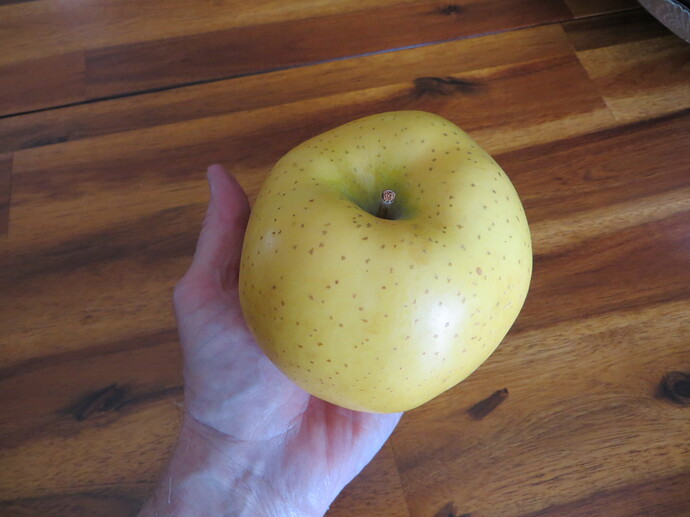 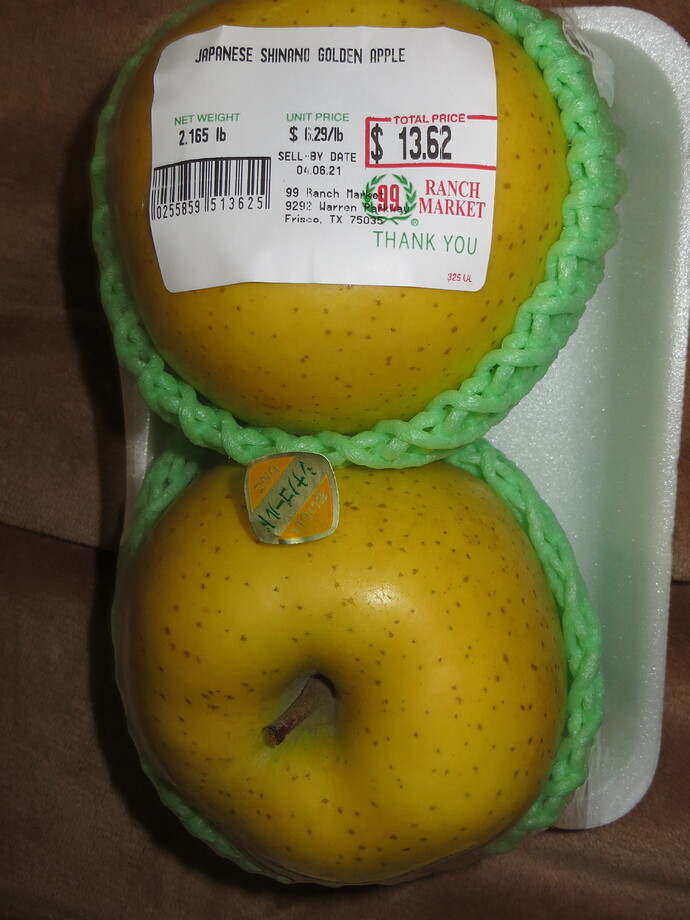 How does it taste? I love the lenticels on it and definitely the care in packaging.

It tastes like a more interesting Golden Delicious, crisper and with more flavor.

I have a couple of the japanese varieties. I find them to be overall less problems.

I absolutely love how much creativity, care, time and effort the japanese fruit growers put into their produce and it honestly does taste better, I also like that the apples seem crisp and tart/sweet with unique flavours. I always buy the specialty fruit from japan when we are lucky enough to get it. The melons are amazing