Just picked my first shinko Asian pear of the year. It was small, I should have thinned more. It’s been dry also , but a very nice sweet flavor. I thought last year it was good but confirmed this year for me. Crispy but not bland with nice sweetness.

Any fruits on the Yulu?

I’ve eaten a couple of pears so far this year that turned prematurely and found due to the extreme drought and heat they are delicious. Pears are about half the normal size or smaller this year. There is a little time left for the main crop but the fruits will not gain a lot of size at this point. @Derby42 I don’t think it was lack of thinning that made your pears smaller than average but rather strictly dry weather. Shinko will likely taste it’s best this year if your weather has been somewhat similar. The Kansas fruit this year though in small amounts has been the best tasting fruit I’ve ever eaten! How did your grafts turn out?

No fruit on yulu yet

Hopefully next year so We all can see what the fruit taste and looks like.

“Yulu Fragrant pear is a hybrid of Snowflake pear and “Ku er le” Fragrant pear. “ Ku er le” is a name of one location in Xinjiang, most probably the original place that produced the pear.” 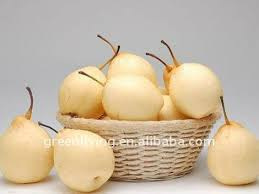 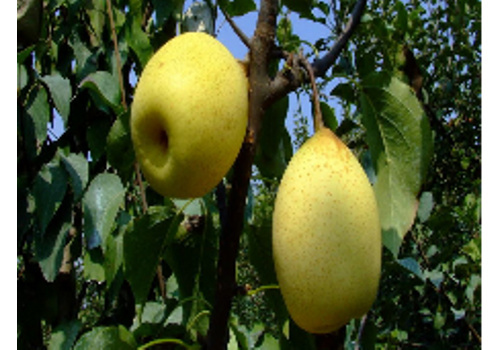 The bark grafts sure are vigorous growers.

Tony the Snowflakes pearvis beautiful. I imagine it is fragrant too.

Tony,
You got the wrong picture of Kuerle Fragrant pear. 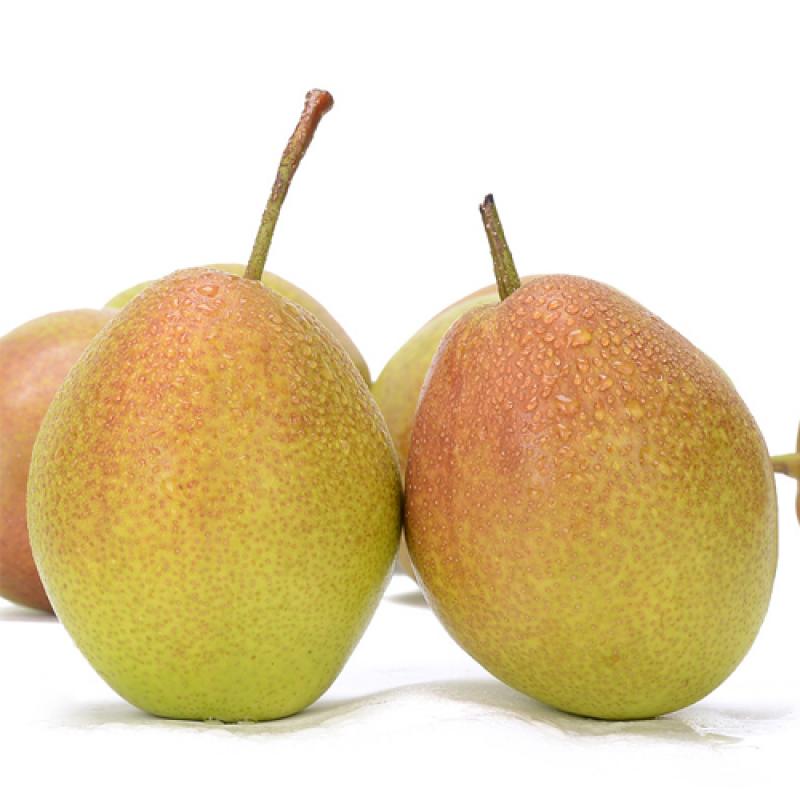 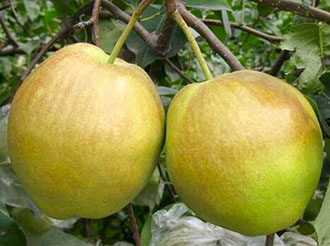 Great! I liked the red blush on it just like the store bought Fragrant pear!

I picked the last shinko off of my multi graft pear today. Very sweet for an Asian pear I think. It was small, about 2/3 the size of a grocery store Asian pear.

I probably picked the others too early, this one was still very crisp

Our Shinko (chosen for presumable fireblight resistance) had a lot of hail damage this year so only a few fruit made it to ripeness - in stark contrast to previous years since this fully grown tree is usually quite loaded. (Also the bees work it a lot despite not liking the pear family that much in general.)

However - those few that did make it really became fully, thoroughly ripe since I’ve failed to notice that they are even there. And so they developed an additional taste note of rum… Heavenly