What are some techniques for reducing the juvenile phase in fruit trees so they fruit faster from seed? Surely there are some tried and true methods that you know of that help even a little.

I have read that there are some viruses that can do cause an apple seedling to flower in its first year, but I don’t have access to that virus. I am asking if there is anything that the home grower can do to speed up the process a little? Even knocking a year or two off would be nice.

I don’t remember who was the authority, but this is what was said:
There are certain techniques that breeding programs use: First…the more vigorous the plant growth (by optimizing nutrients, sunlight, and water) the more quickly the plant will exit its juvenile stage and become a fruiting adult. Second…It is possible to trick the plant into thinking it is older by simulating emerging winter conditions mid-way through the year, so as to create two growing seasons in one year (this is not practical for the home gardener). Third…The young seedling can be grafted onto a mature, fruit-bearing plant…This trick is used in breeding programs to develop new cultivars.
Also Gibberellic Acid and Ethephon (together or singularly) can be used to induce flowering in some plants…I have brushed 500 ppm of Gibberellic Acid and Ethephon on a couple Kiwi vines that had never flowered and obtained flowering.

Bending limbs horizontal or even below horizontal can force them to start flowering. Girdling or partially girdling is another technique I have heard of, but never tried.

If you just want to try the fruit from a seedling tree, you can graft it onto an established tree and sometimes get fruit the next year.

Reducing the length of juvenile stage is a topic I am curious about in general, but I am particularly interested in techniques that may work with apple trees.

Bending limbs and partially girdling are certainly useful for getting a tree in the adult phase to flower, but from talking to commercial apple breeders I am under the impressions that these methods are counter productive when the tree is still in the juvenile phase.

Gibberellic acid is great with adult trees, I may as well try with trees in the juvenile phase to see if that helps. I have no experience with Ethephon, if I can get any I will give it a try too.

I have limited experience and I learned the hard way some things that don’t work. I grafted the one-year seedlings to a mature precocious rootstock (M26) thinking I would speed things up. That was probably a good idea, but I put too many varieties on one tree and had to keep pruning things back. What I (finally) learned is you need to get about 3’-5’ of linear growth before the seedlings start doing their non-juvenile growth behavior, even in the case you grafted them to a mature rootstock. I was pruning them back each year and that was basically meaning I was starting over – stupid. I finally noticed this and let each of them grow one long spindle, then I bent down that long spindle, and finally this year I have three of the seedlings fruiting.

I think if you did what I did but let each variety grow one 5’ spindle without any pruning other than side shoots, and then bend over, I think you could get fruiting pretty fast.

Do you think it’s the branch bending that triggered it to fruit or letting it grow to 5’ without pruning?
I have a peach seedling about 3.5 ‘ long now. I haven’t pruned it. Started from seed last year. It’s slowing down growth now and probably won’t hit 5’ mark. I wonder if bending branches would help even without 5’ growth. Also, is it really a good idea to try to shorten the juvenile phase? I wonder if that’s stressful on the tree?

I stumbled across this page: 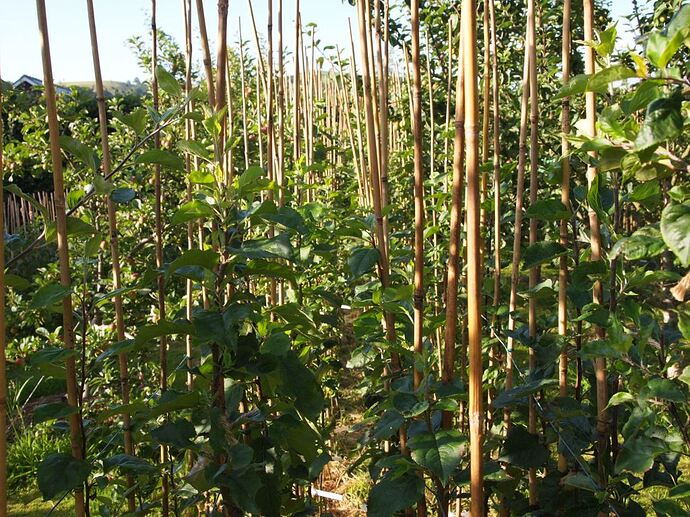 Approaches to shortening the time taken by apple seedlings to attain adulthood and the ability to flower.

It pretty much backs up what @Livinginawe and @scottfsmith said. It appears that growing as fast as possible with optimum conditions will help shorten the juvenile stage in apples.

Peaches don’t really need shortening the juvenile phase. We have fruitlets now on 2 trees about mid chest high (I’m short). In this climate, they are sort peach bushes anyway, grin. There is often freeze back and then bushiness results.

How old are your peach trees?

4 years old. Looks like a decent crop too, even though we had frost this spring during bloom.

Boy I wish I had found that page a few years ago! I basically figured out what they are saying by trial and error.

@Susu, peaches you just let grow and they start fruiting. They don’t need any extra work like apples.

Figs seem tricky, I have one tree under 3 ft with a dozen main crop set (just planted, spent the past 2 years in a 3 gallon container [2 of 20 of those have set figs]) and others that are 15 ft. monsters with nothing going. Probably going to axe at least half this year for not being precocious…

Boy I wish I had found that page a few years ago! I basically figured out what they are saying by trial and error.

I know! At least they have confirmed what I thought was happening.

Since my big peach tree died, I’ve been eager to see peach again on my young peach trees (this is second year from seed) I was wondering whether it’s reasonable to expect fruit next year so I started to google to see how fast they fruit. This is what I found! I’ve heard peach fruit early but this is nuts!
Just wanted to share this picture that I found on some website. I’m definitely expecting fruit next year. 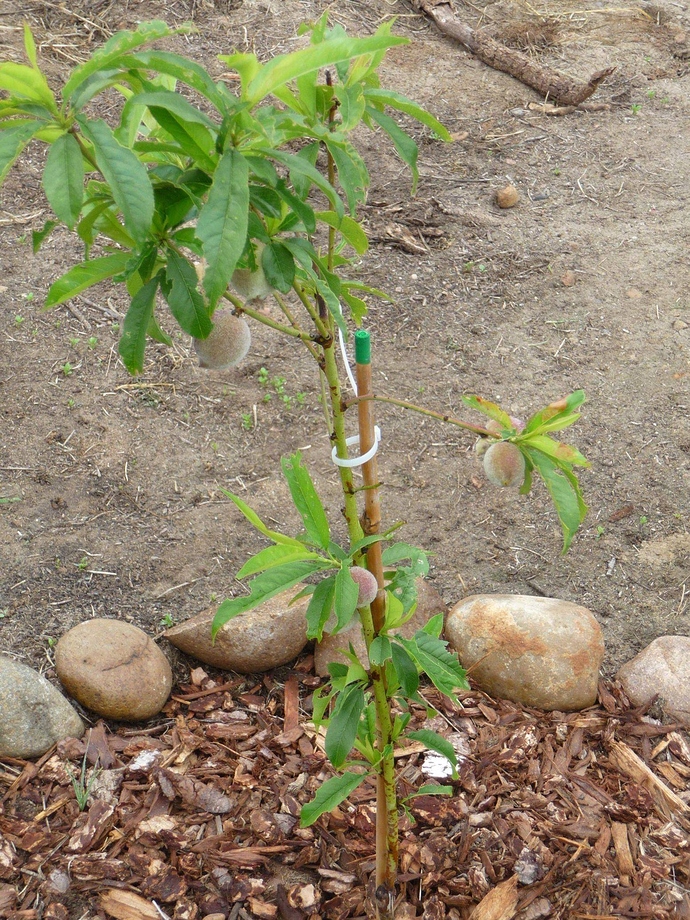 I grow many Asian and American persimmon seedlings. Instead of making the seedlings grow as fast and healthy as possible and get them to put on as much growth as possible in a season I actually do exactly the opposite. I grow my seedlings as healthy and strong as possible in pots in their first year but in the next years I deprive them from fertilizer and water so that they go into a stress situation. I usually have to keep my seedlings in this stressful situation in pots for a few years but eventually they will flower much sooner than if planted in the field. This method reduces the juvenile phase by 50%. Male persimmon will also flower at a much younger age than female persimmon…this also helps to eliminate surplus seedlings. Stress usually induces early flowering as a result of a surviving strategy that all plants have.