Show off your loaves

Hi everyone! We have a bread machine so we don’t do it like this, but just for fun i post a link of a Brazilian bloger that makes all kinds of loaves, even blue loave! She use a green tropical fruit (Genipa americana), maby someone in Florida have it… 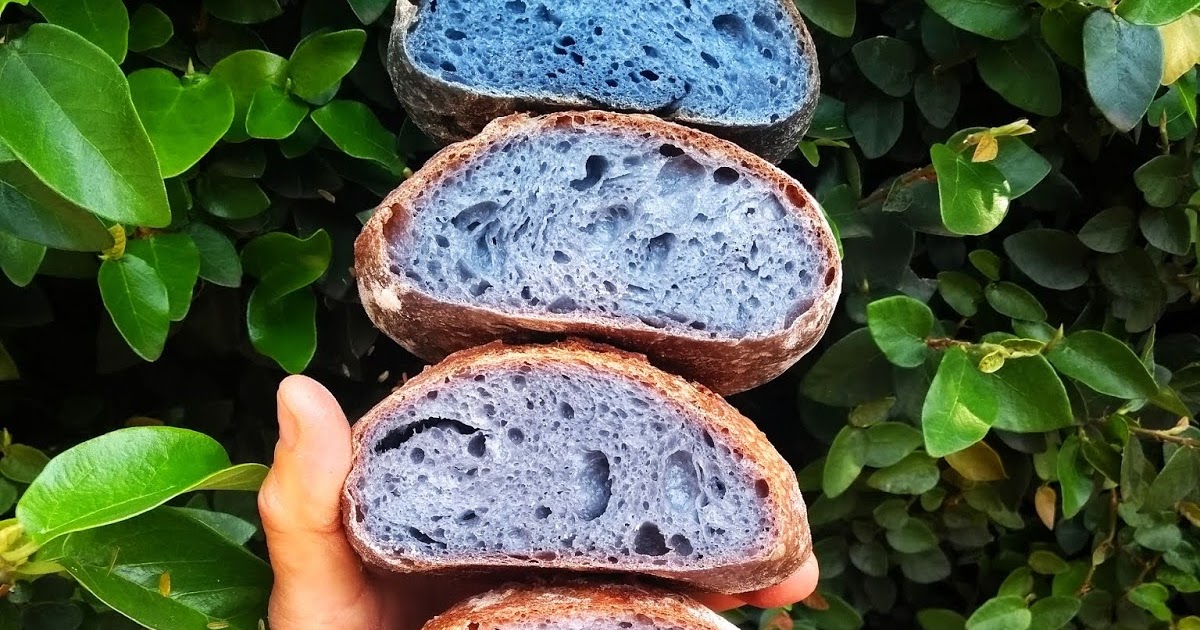 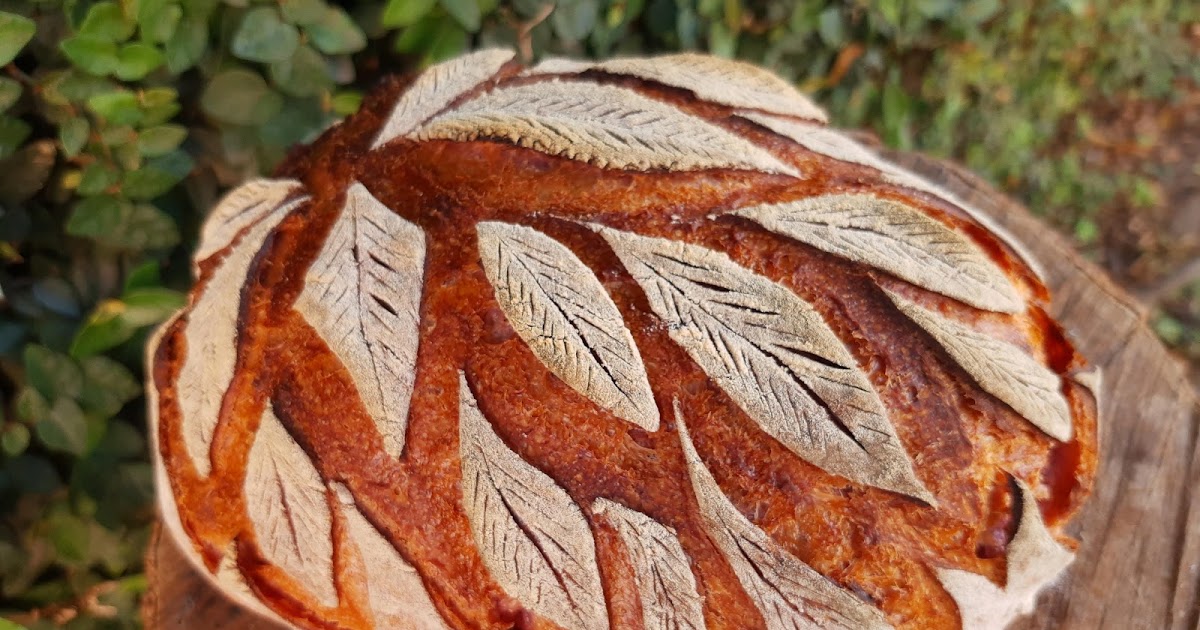 I have no doubt at all that the einkorn+wild yeast combo would be digestible by someone with gluten issues. Good deal!

For anyone wanting to dive in pretty heavy to “fancy” bread making, i highly recommend Break Baker’s Apprentice by Peter Reinhart.
It’s what got me hooked - it’s very easy to read and follow along. You’ll be baking in no time.
Note - this is not a dutch-oven method book. for that there are several options like Artisan Bread in Five Minutes a Day (going from memory) and books by Jim Lahey (by some accounts, the “inventor” of no-knead bread craze).

Haha! I wasn’t even going to go there unless someone asked. There’s a lot to it, nothing terrible, just that you find yourself getting a few specialized tools and then you’re off and running. I’m still learning because so much of sourdough bread making is art/feel with a little bit of science. It takes a commitment to keep a sourdough culture going and baking bread is a great diversion in troubled times.

Have to jump in. Been baking bread for 20 years - TrilobaTracker mentioned Bread Baker’s Apprentice - one of my favorites along with Bernard Clayton’s Complete Book of Breads. COVID started me on refining and really getting a good starter going (and keeping it alive). Getting good results with full knead sourdough (Thanks to Patrick Ryan - youtube). Can’t wait for some cherries to see what I can do with them beyond a cherry/rhubarb crisp. This is my favorite to date - Sourdough Jalapeno and Cheddar. 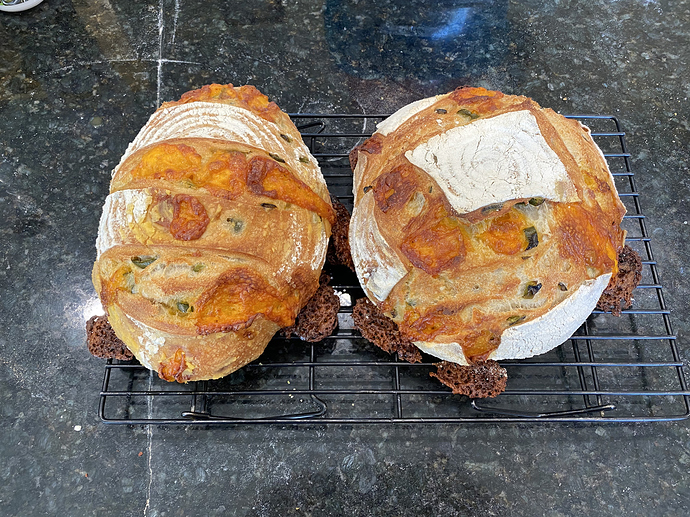 You’re right - there is a lot to learn if you are starting from zero (like I did).
But if you like a science experiment/art project that you can eat, get started making bread!

My first and best sourdough loaf from early 2017. Have been trying to recreate it ever since! 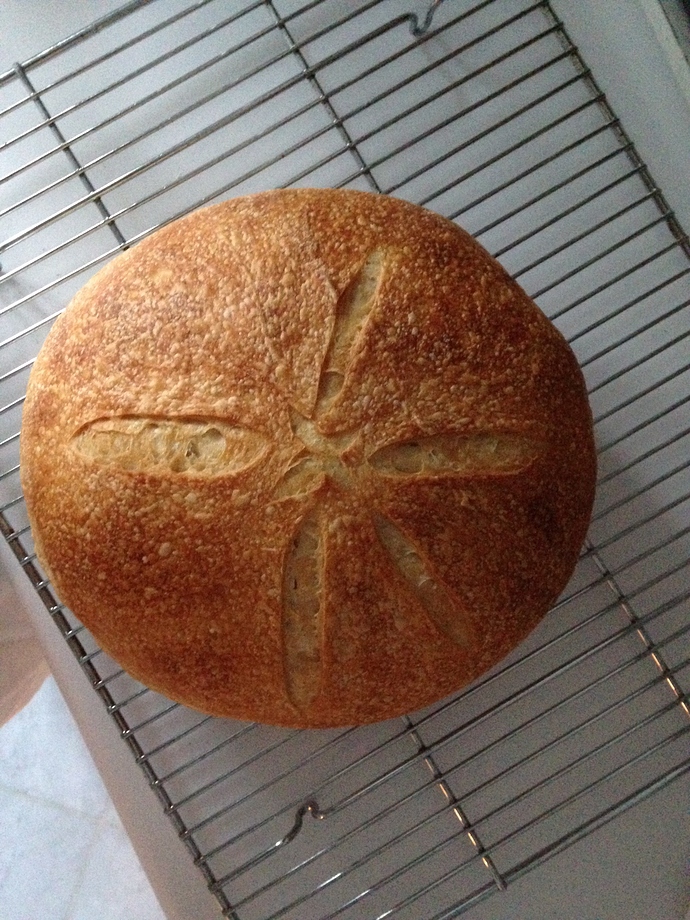 ha! I know the exact feeling! you catch lightning in a bottle, then every subsequent bake, it’s like “why can’t it be like that one?!”

Here’s one of mine. I mostly follow the Tartine method as well. My favorite is probably an olive/lemon. I don’t really eat much bread anymore, but when I do it’s almost always homemade.

I see a lot of you have way more experience than me. Do you know how to get that sour taste? I’ve tried different proofing times and older starter with not much luck. 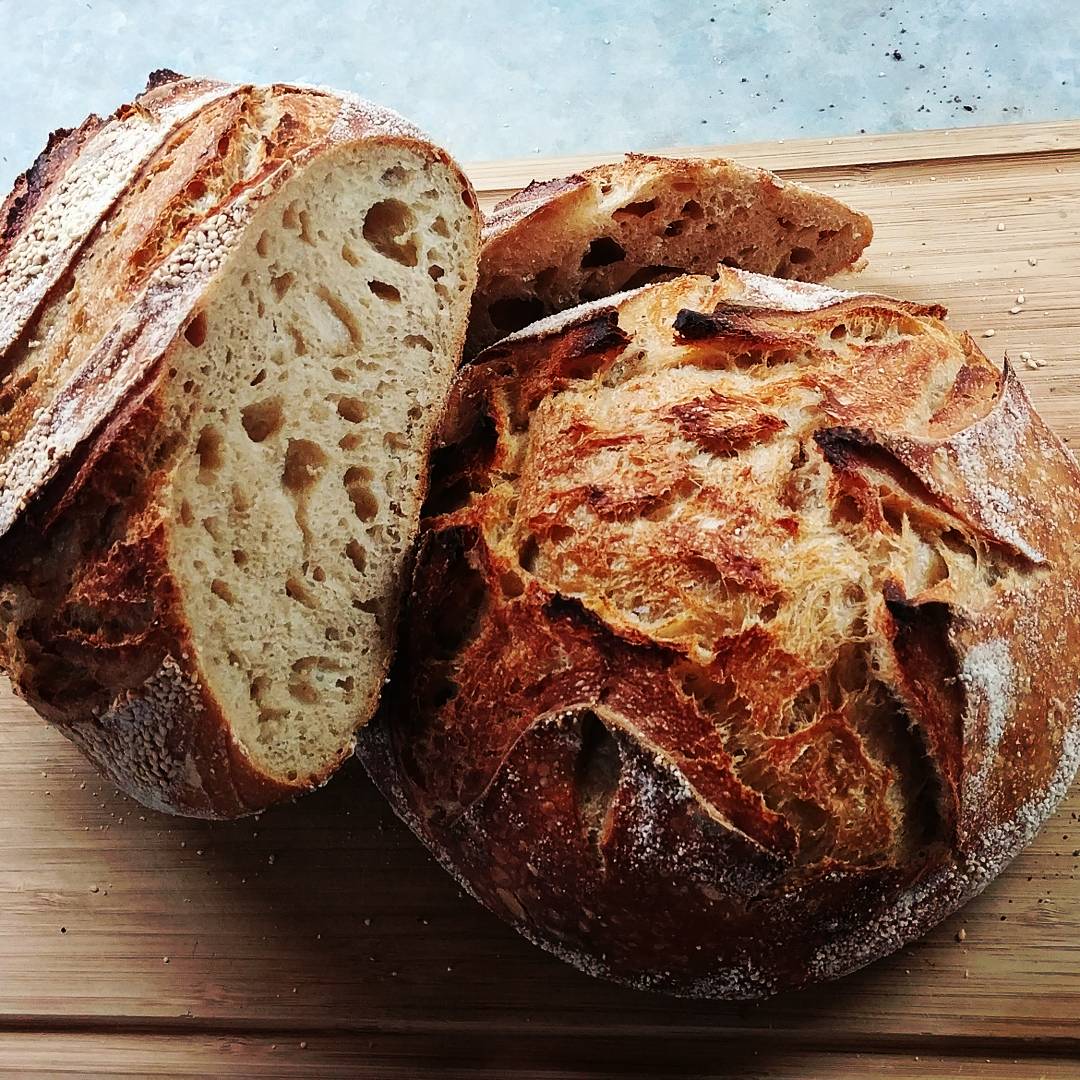 Same, haven’t been able to get a truly sour bread. Ended up cheating and using citric acid - which honestly comes pretty close.

Regarding sour flavor - this touches on the fact that there are SO many variables in bread making. It can be hard to manipulate them all!
But generally to get a sour taste, I think you need a long fermentation and/or proof.
Using older starter I don’t think will help, even though it is more acidic/sour.
The bacteria that produce the acids need a while to do so.
So, tinker with cooler water and retarding the dough (typically once shaped) in the fridge overnight or longer.
Good luck!

“Sour” dough bread isn’t necessarily sour. And not all bread made with yeast is not sour. It depends partly on the particular array of bacteria and wild yeasts that are fermenting and partly on the temperature range at which they are fermented.

I put in a shift at the Acme in Berkeley some years ago, and their bread had a wonderful flavor but was not particularly sour, even though they worked from a ferment they had been using for years, constantly refreshing. And at Wheatfields, in Lawrence, Kansas, they were making lovely, mildly sour loaves (when Thom Leonard was still the head baker.) I spent part of a shift with them, also. In both cases it took quite a while to clear the odor of sourdough from my hands. Delicious!

I used to make a seeded loaf using a poolish that was started with leftover yeast-raised dough, and it had a distinctly sour quality. I use the same process to make a whole grain loaf and it isn’t sour at all, but it is tasty. And bread dough kept overnight in the refrigerator before baking will typically develop some sour (I think @Mr.Clint advocates this, is that right?) and bakers will very commonly add quite a bit of old dough to a new batch to lend character and flavor to the new product (especially true with lean, “French” bread type doughs, but we used to do it with raised doughnuts, which are rich and sweet).

Making a remarkably sour loaf is pretty tough with my local yeast and Einkorn flour. I’ve gotten there a few times (by mistake) by holding the levain in the fridge for long periods of time. Sure it’s sour, but the oven rise was poor and texture was way too dense.

I should note that the recipe on the Jovial Foods site (the primary source for Einkorn wheat) lacks any sourness at all (to my taste). As a result I now double the levain recipe and have enough sourness to note that it’s there. It isn’t a smack to the kisser, but it’s pleasantly understated. To be honest, I think Himalayan sea salt brings a lot to the final taste as well. 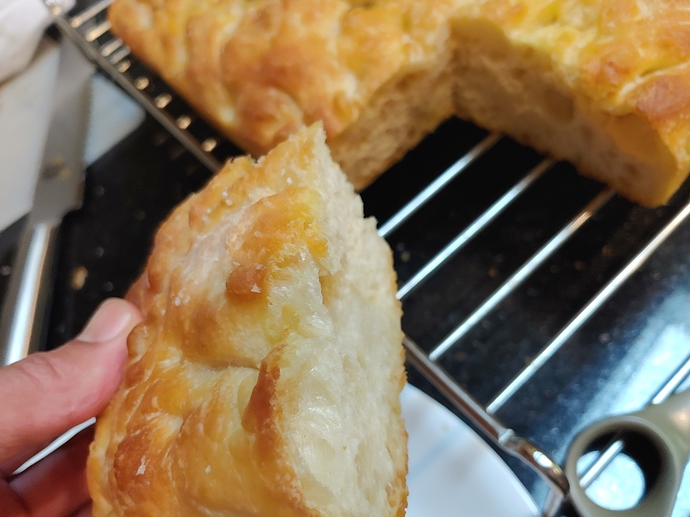 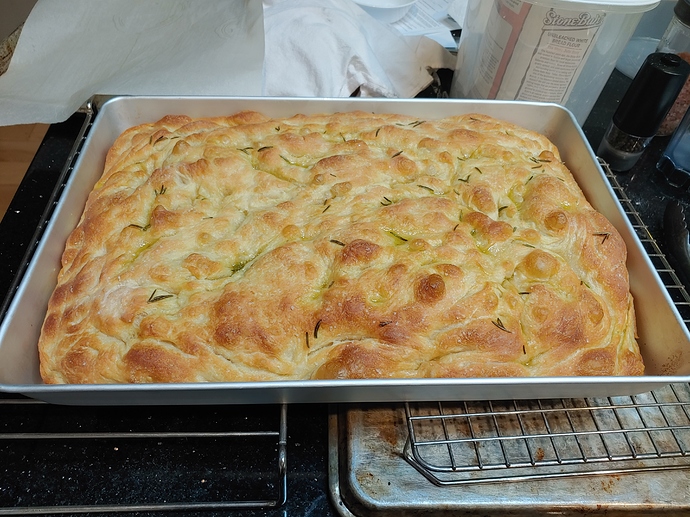 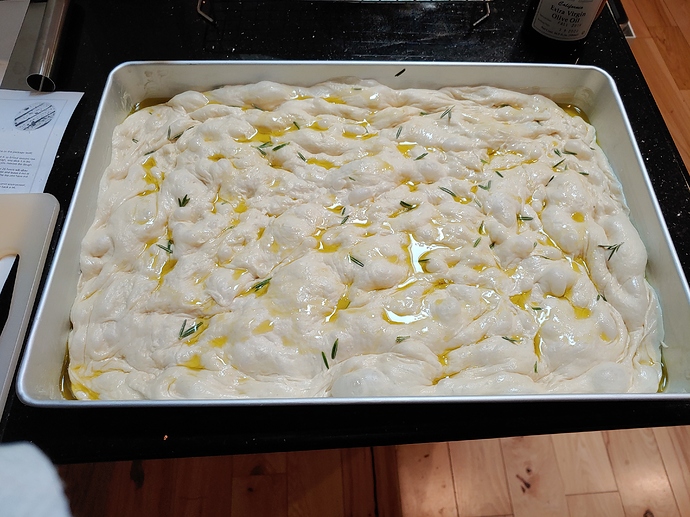 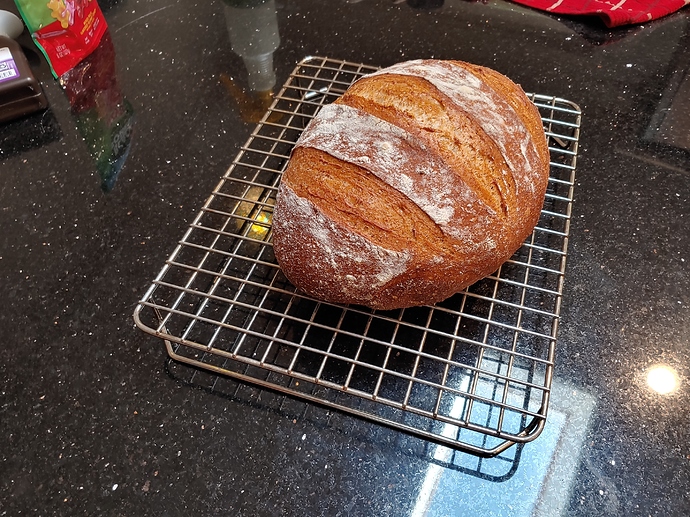 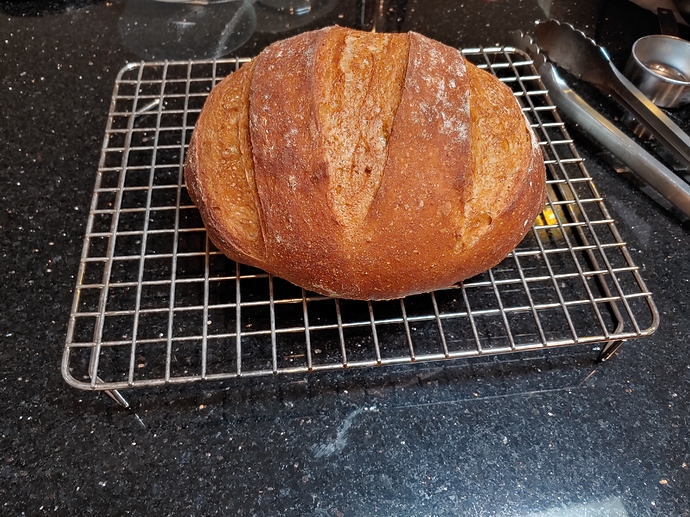 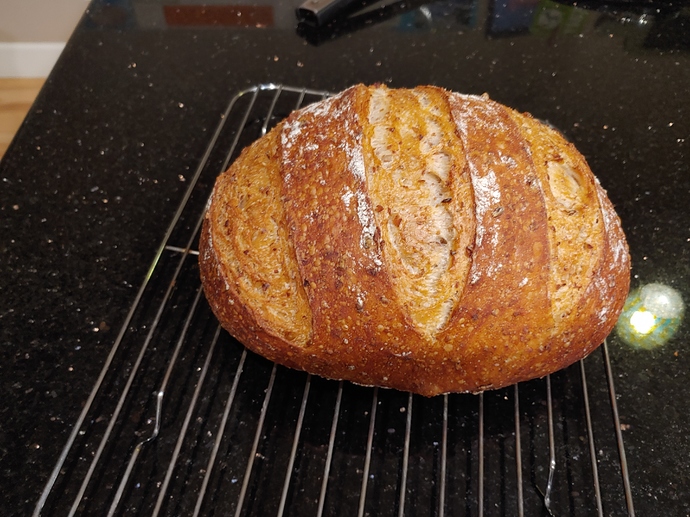 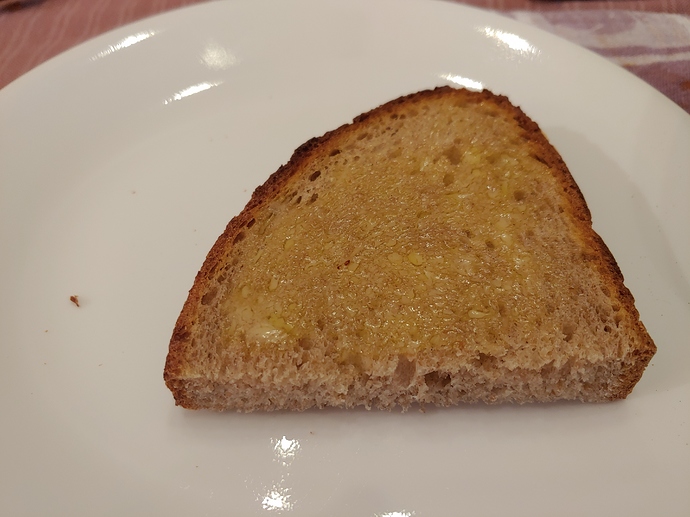 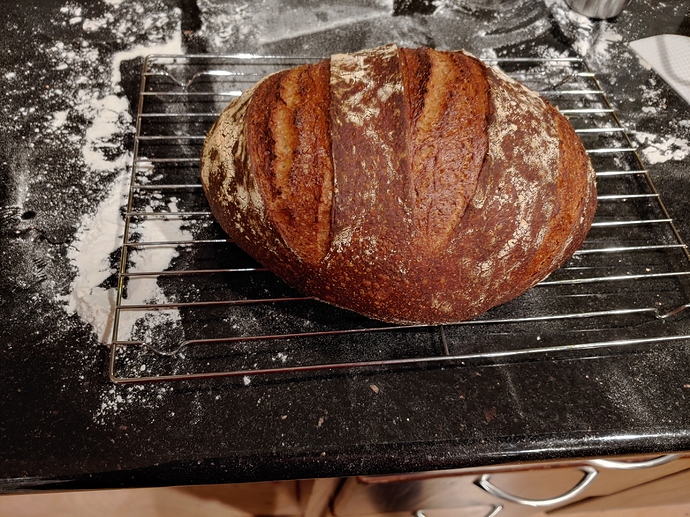 Thanks for the tips on flavor. I really like what I make, but I really like the sour flavor too. I’m going to do more experimenting with the bulk fermentation I think. I usually bulk ferment for 6-8 hrs the retard in the fridge overnight before baking.

I didn’t take pictures, but made this bread recently and it turned out excellent. 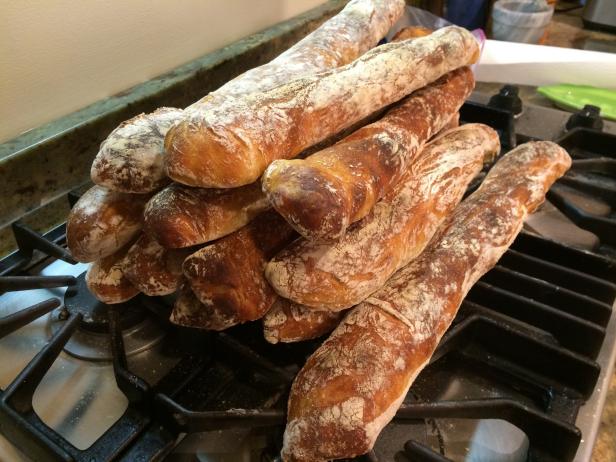 Get Stirato Recipe from Food Network

This was brought to America from Sweden. This is my Grandmother’s hand written Swedish Rye Bread. I shared it already with Mark and Mrs. G. cause I know they’re both great cooks/bakers, but I didn’t know who else was, until now. 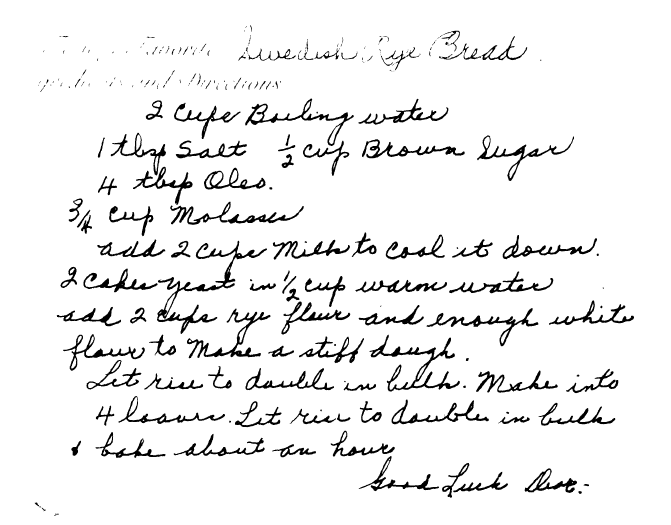 My Mother used her Mother’s recipe (above) to make a bread maker machine recipe and here it is. If you all like Rye, it’s of course very-good.

Enjoyed your guys’ breads! I love bread too. I love sour dough and I love Jalapeno Cheddar too, as mentioned above.

I’m not a baker yet.

I have Pohl Schmitt Swiss bread maker I bought off Amazon, and for the life of me I can’t seem to get the bread to rise (and stay). It’ll rise fine, but it always collapses during the baking.

Weird! So it’s a fully-automatic bread machine, you just dump in the ingredients and turn it on?
My initial guesses are several:
insufficient kneading time
too much water/liquid
too much yeast (are you using Active Dry or “bread machine” yeast? you need the latter)
inferior or wrong type of flour

Are you following a recipe that came with the machine? each one is different - seems like it would be hard to take a generic bread machine recipe and expect it to work in YOUR machine.

The first bread I ever made was with a Zojirushi bread machine…ahhh, those were the days

Wow that’s so cool!
I’d have to convert that cake yeast measurement to instant yeast, which can be done…eventually

Weird! So it’s a fully-automatic bread machine, you just dump in the ingredients and turn it on?
My initial guesses are several:
insufficient kneading time
too much water/liquid
too much yeast (are you using Active Dry or “bread machine” yeast? you need the latter)
inferior or wrong type of flour

Are you following a recipe that came with the machine? each one is different - seems like it would be hard to take a generic bread machine recipe and expect it to work in YOUR machine.

The first bread I ever made was with a Zojirushi bread machine…ahhh, those were the days

I’m following the recipe from the recipe book that came with the machine. I’m using an active dry yeast as the recipe calls for. Didn’t realize there was bread machine yeast. As for flour, I’m using all purpose because bread flour is in short supply in these parts. (I’ve read you can use either). I’m using the correct amount of liquid (other then adding a couple of tablespoons of olive oil).