This is a concept I really don’t see or hear anyone talk about. Obviously there must be significant downsides to this technique and I’m guessing one of them would be structural strength. In theory it seems this would allow you to put a scaffold anywhere you’d like one but how vigorous would this graft be if the tree was not cut back or topped above the side graft?

The linked video shows a man using a side graft on a cherry tree at the 3:05 mark. It appears he cuts a vertical slit in the trunk and stuffs a wedged shape scion in there at an angle and wraps it tightly.

Anyone ever try this?

It appears that the bark would have to be slipping so that the cambium can be separated. Basically, it is modified bark graft. I would expect it to be about as strong as bark graft.

Your right it basically is a bark graft only further down the trunk. Curious as to how well this would grow out without cutting the tree back.

I did something similar with standard sides graft on an apple. In that case, I did cut the tree back by about 50%. Most of the growth was above the side grafts. The side grafts only grew a little. I think the growth hormones are strongest at points farthest from the base of the trunk. That is why you probably don’t see it much.

When I started grafting, maybe 10 years ago, I did one of these on an apple tree by accident. I think I got confused and forgot to cut to a stub, I was trying to do a bark graft.

It took and grew well. That tree had been pruned back quite a bit. The graft was onto a scaffold, not the trunk.

Last grafting season I added several side grafts mostly for the reason you mentioned, scaffolds. Most were successful and have done well with little attention. The ones I did were apples and pears. By making an incision of about one inch or more your wrapping will stabilize the scion as it gets established. Make sure the grafts are well adhered before removing the binding. In some cases I did have to tip higher areas to get more growth out of the new side grafts. Good luck, Bill

I learned the technique a couple of yesrs ago from Bob Purvis. He sent me a grest document on it and i had 100% success. The best may to use it i think is when your missing a limb. A deer came a long and delimbed the bottom half of your tree for example. I did it just because i hadnt ever done it on hansen bush cherries with graftedscions of japanese plums.

Clark, any chance of getting a copy of that doc? This would be a terribly useful technique for us on some of our more vigorous low chill peaches.

Could it be the air temperature that affected the grafting wound? I read it somewhere that peach gets better chance when temperature are in the 70-80 degree F. I’ve tried 2 side grafts (apricot onto peach) last year attempting to create 2 scaffolds. Both took but one withered away while the other reached up to over 3 feet in one season.

Correct me if I’m wrong, I read that apples and pears take grafts at colder temperature around 40-50, better than peaches. I think plums is in between.

This year, I’ll attempt to replace the died out “scaffold” from last year with Drew’s Artic-Glo…

Absolutely let me check and see where its at and if i need to i’ll ask Bob if he can send it to me or post it.

I waited to put the peach grafts on until the temps were in the recomended range. Also, I was grafting the peach onto a Manchurian apricot which may have had some compatibility issues. Ultimately the grafts that did take were knocked off in a thunderstorm. 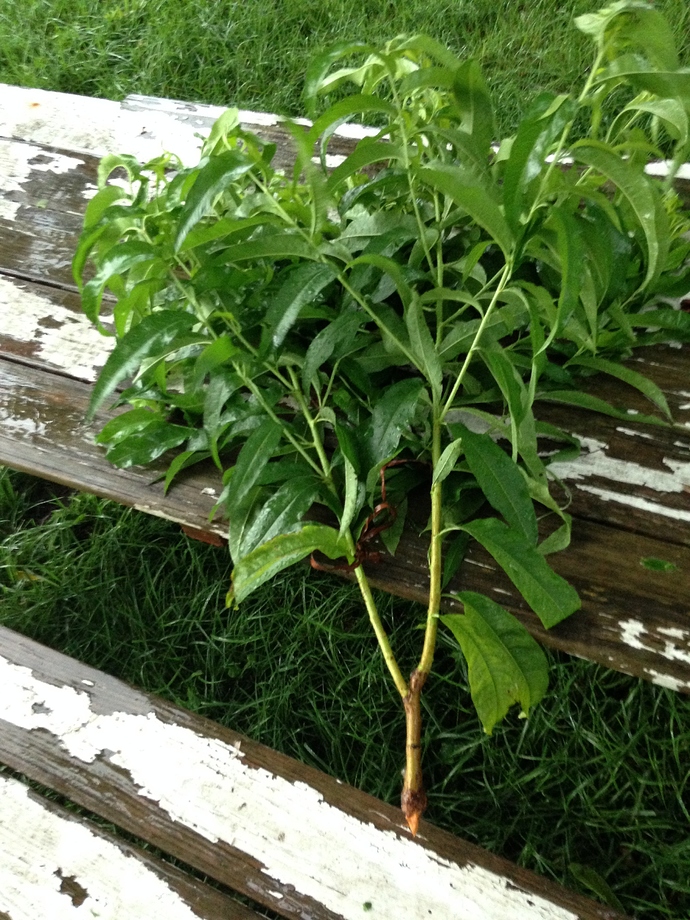 I’m sure I would feel the pains to see the successful work be knocked down by nature! Hopefully next year is better!

I’d think that if a side graft took nicely and started growing vigorously it would be wise to thin it back over the summer to take some of the weight off of it until it was fully healed.

Wow, that is some really impressive growth.

I think I misstated or wasn’t clear, the side graft did not take, this is a bark graft that did take on the same tree. Oh well , never give up right? I had this graft supported but lightening struck a very tall silver maple ( I really dislike them) next to my apricot and blew a limb ten foot long out and onto my little graft, I have some apricot scion in the fridge for this year.

I side grafted some apple, apricot and plum last year just for the sake of trying it. They all took and turned out to be nice and strong.
Some advantages I see are the scion size doesn’t necessarily have to match the host, and you can graft anywhere along the branch. 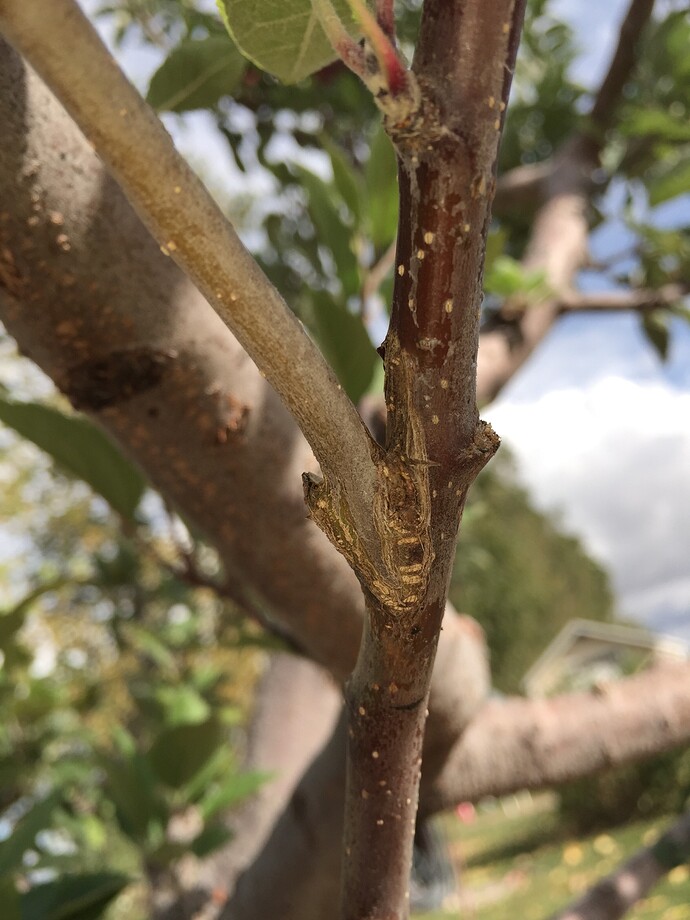 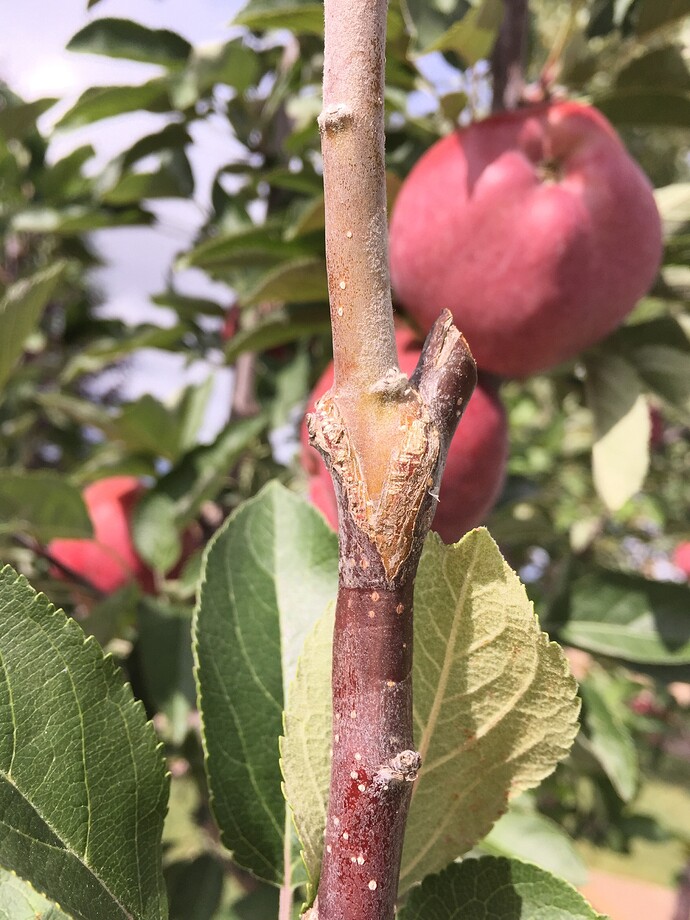 Nice pics homeboy. In the first pic it appers you did not cut the understock back but in the second pic it looks like you did. Any reason for that?

I did track down a couple of side graft pictures. In these pictures I put japanese plums on prunus besseyi aka western sand cherry. 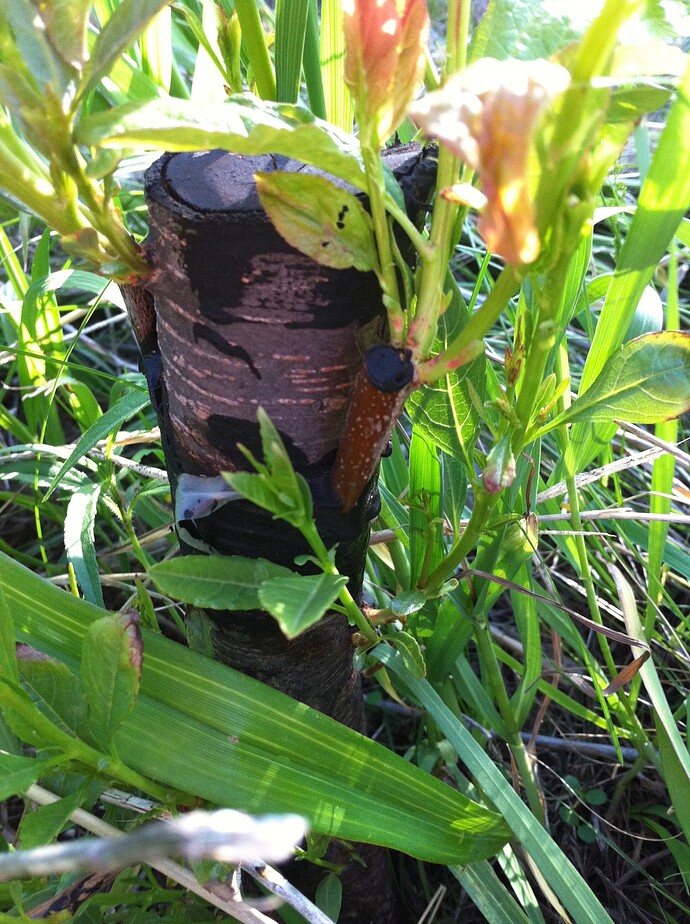