I have decided, perhaps a little too late that I would like to plant either one, or perhaps both of those this year.

I have checked all of my usual Nurserie sources, OGW, Burnt Ridge, Stark, Bob Wells, Raintree, VanWell, and all show Out of Stock.

Have any of you seen either of those in stock at any nursery that you could recommend.

If so I would appreciate the nursery name… or number or what ever you have.

If you happen to have any wild mulberry seedlings you can use for rootstocks coming up like we have everywhere around here, I may be able to provide Gerardi scion wood. Let me know and I’ll check the fridge to see what’s there.

Zendog — appreciate the offer but no willd mulberry on my place, and no experience grafting either.
I do need to get into that… but have not yet.

Does anyone know if having both of those varieties would increase total mulberry picking time or not ?

He said his Gerardi starts ripening fruit end of April… and on June 16 it still had Ripe/black, and red and green fruits on it, so it probably fruited to the end of June or so.

I am a bit north of him, so may start fruiting for me Mid May… and go until Mid July…

Anyone know when the Silk Hope fruits… compared to the Gerardi ?

I have been STIMULATED this week, to the tune of 4200.00… so what better way to stimulate the economy than buying a couple more fruit trees

I’m also looking for a Silk Hope tree. Haven’t had any luck so far

Edible Landscaping has Gerardi coming up, tiny ones in May. I ordered them earlier, they had some small ones and mediums at the time. I expect mine soon. Silk Hope was available, then sold out. Depends on the cultivar, they do usually have larger trees or shrubs than just the starts.
I have never been disappointed in what I have gotten from Edible Landscaping, but either picked up at the nursery or shopped at a garden fair near here, never shipped.

Anyone know when the Silk Hope fruits… compared to the Gerardi

I do not have Gerardi, but do have a number of others including Silk Hope. For the most part all of mine fruit about the same time.

I purchased a tiny Gerardi from them along with Jeanne Gooseberries (they had the best price for both!) and I have had good experiences with them before. I visited the nursery a few years ago and it’s a cool place.

Edit: I have heard people say they can just stick Mulberry cuttings in the ground and have them grow… I wonder if that is the case for Gerardi too?

Was away from home a while last night after making that initial post…(involved in a ministry… sharing the Gospel with Men from a local Drug/Alcohol center)… and when I got back home I emailed Lucile at Whitmanfarms and asked if she had those in stock. As of 8:30 this morning, no reply yet,

It is the weekend, so was not really expecting that.

It says on their website to Call to Order… and it does not mention (M-F) or anything like that.

I may try calling her later this morning… 10–11 am or something like and see if I can order on a Saturday (if she has them).

On Silk Hope Ripening… Raintree says this…
ripens for two months in early summer.
Ripening Time: June-August
But I found another site that says they ripen in May…

I know for sure that ripening time can vary greatly depending on how far north or south you are.

I found a couple youtube vids, and one of the guys said it was early June, and his Silk Hope had been ripening about a week. So in his location looks like they start ripening first of June. Not sure if he was north or south of me though… could not tell.

Edible Landscaping says Silk Hope fruit very similar to Ill Everbearing… and I have one of those already.

Several sites have mentioned that Silk Hope does well in the South East (which is me)… can be hot and humid here.

Edible Landscaping says that IE Mulberry growers in the S/E - some have experienced popcorn disease (not exactly sure what that is)… but sounds like I would be better off with a Silk Hope than a IE.

Looks like Silk Hope, like IE… you would really have to stay on it, pruning wise, to keep the fruit within easy reach.

That is one thing I find really attractive about Gerardi… no problems with that. Fruiting in reach with no pruning required (height wise).

Edible Landscaping… I checked them out…

Out of Stock on Silk Hope… but on Gerardi… you can order a 2" pot version (own roots).
I think it will be available sometime in May.

Anybody have any leads on silk hope? I had an order in with raintree, but they canceled it. 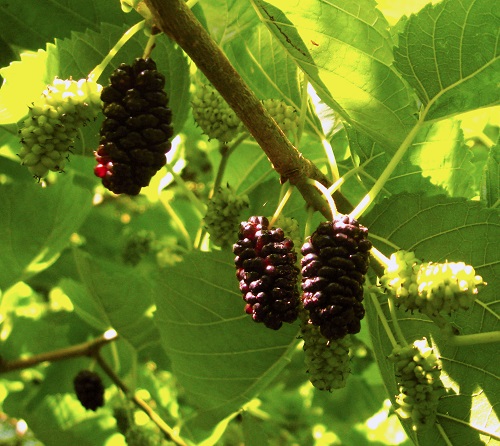 I got my Silk Hope tree from Lucile Whitman:
https://www.whitmanfarms.com/category/allplants/edible-plants/mulberries/

I bought most of my mulberries from Lucile… but have recently gotten more into World’s Best and Jan’s Best and a few others. I will know more next year if they thrive or survive in 6B. From what i gather they grow like insane shrubs that thrive on being pruned hard… and are heavy heavy bearers. Jan has videos of both and many others on Youtube. I got cuttings from her on 5 varieties and they all took root in mason jars with creek water in the kitchen window. Grew fast year 1 and now dormant.

Here is a video of Jans Best 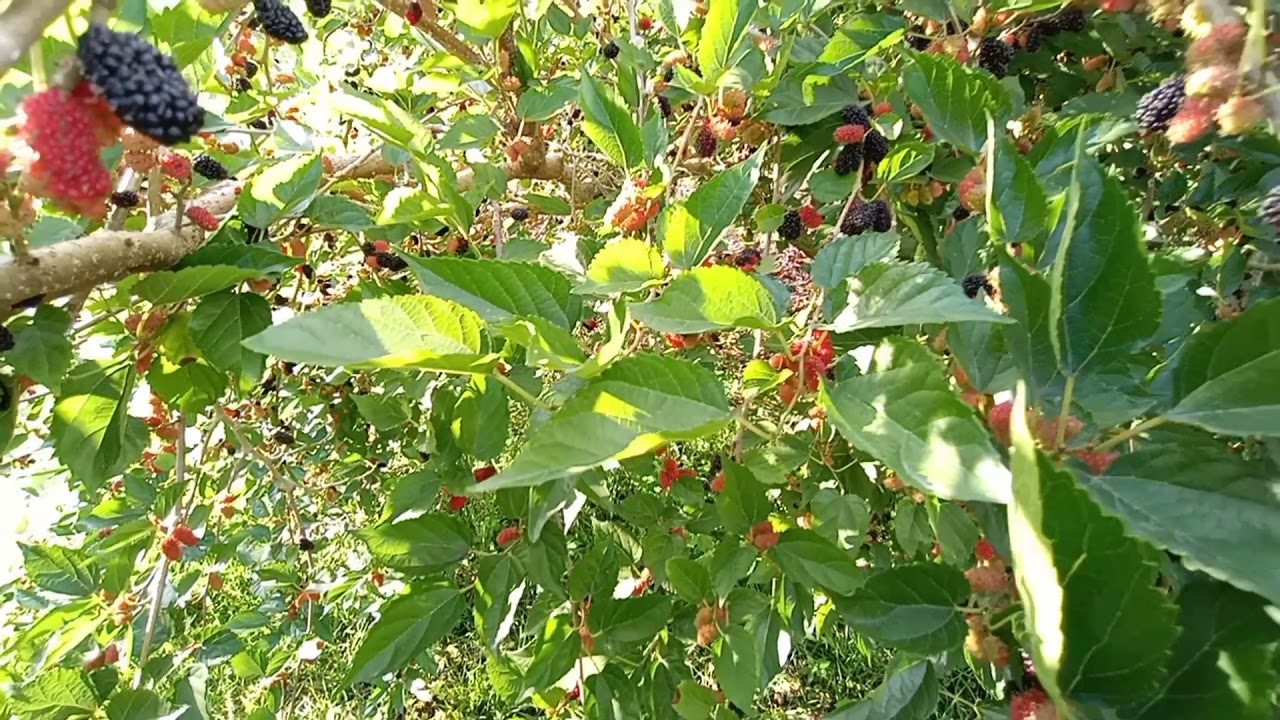 Here is a video of Jans and World’s best 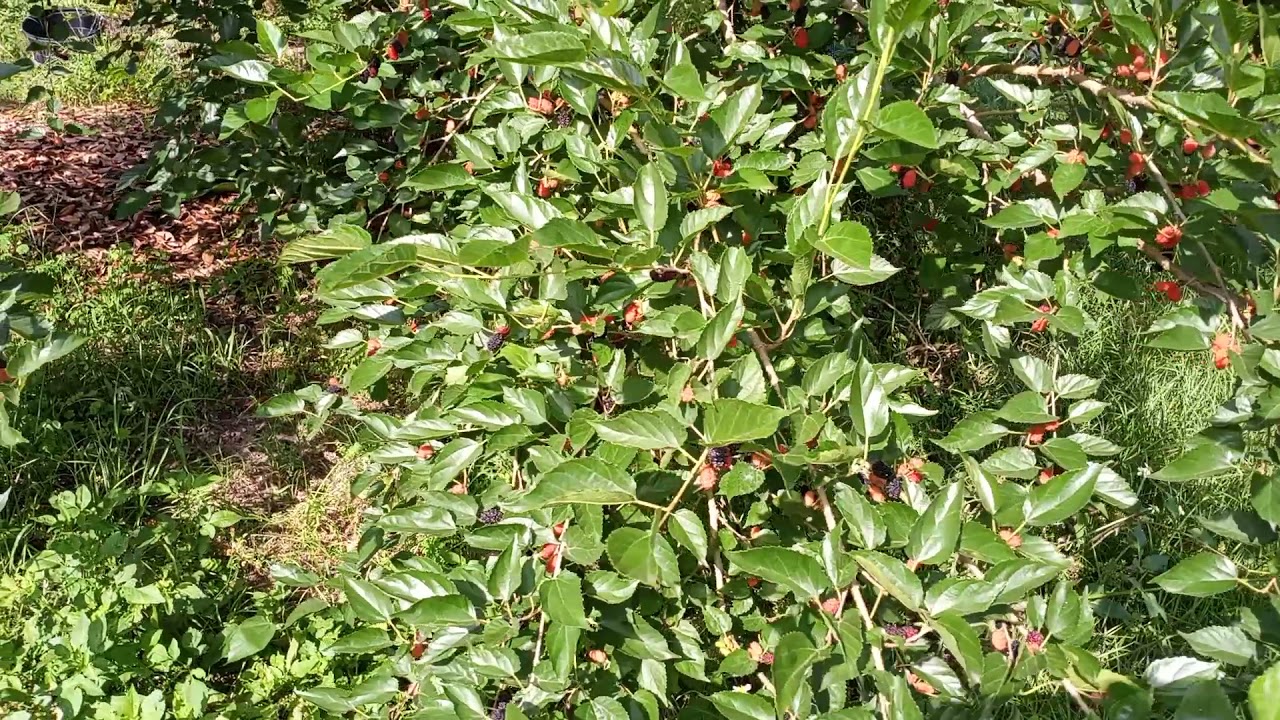 @krismoriah — I found that Jan’s Best video on youtube a year or two ago… she has a few vids on it and it is impressive for sure. Produces so nicely for her (down there in FL).

She questions whether it would be Ok for more northern regions (above 8)… because it tends to bud and leaf out early. She said the Other Best variety that she has (worlds best) is even earlier than her Jan’s best.

I am in 7a myself, and would be interested in trying one of those Jan’s best. If you do have success with it there in 6 let us know please.

I would think that if you can get it to grow out a year or two… that even if it did occasionally bud out and get frosted back… that it would soon come back out and produce fruit anyway.

In some of her vids on it she shows it fruiting, then cutting it back (rather hard) and then a few weeks later, it fruiting like crazy again…

If you do some deep youtubing there is an old video of Worlds Best in Connecticut or thereabouts at the guy who created it’s parents house.

Its been a long time since i saw the video but it was on the channel of the guy who originally came up with it.

Jan’s Best…well of course who wouldnt want to prune a tree hard and sell every stick off of it… the way to do it is to name it yourself… Its some kind of dwarf but who knows from where. I do admit that i want it to grow here…

I have 4 or so to go in the ground in spring. I was scared to put them in this past fall… I think i want to try 4 different techniques.

Since its such a prolific bush i want to see if it has the power to push wood at each of those stages…and live.

As far as the bud and leaf early… i dont think hers ever goes dormant. Maybe it cant… maybe it will act differently if it does.

To be honest i think they are both probably some kind of Korean Dwarfs or thereabouts… but clever marketing on both their parts wherever it comes from… it wasnt created in a lab or anything i dont think.

I have a Silk Hope that I have to Prune down every Spring. If someone needs Budwood, send me a message and I will gladly help if we arrange something… 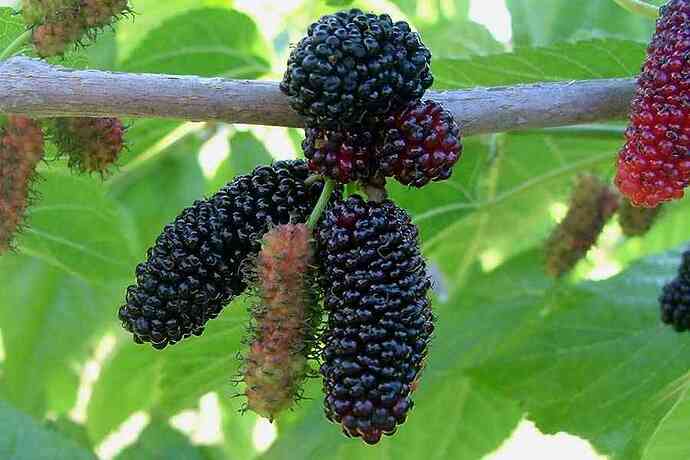 9/7/21 Newly listed availability! These will ship Spring or Fall KIP PARKER- a Weston Lombard favorite,, heavy bearing and delicious TRADER - Hardy and tasty, from Jim Walla in Fargo ND CARMAN- I got this one from Grimo Nursery originally....

Looks like Buzz Ferver at Perfect Circle still has Silk Hope. I got one from them earlier this year, looks good.

Edible Landscaping had crop failures from what I could tell. You could order, they canceled when they were told it wasn’t coming. I ordered again for early spring 2021 Finally was sent to them and to me at Halloween. Snake came in the package, it did not make it. That may have been my fault. Hope the little trees make it, much later than I expected and I am not sure they will deal with what winter we have.