So I found this article about how the Russians grew Citrus in simple trenches before 1950! For zone 6 I think the 6 ft deep 6 ft wide trench method would work!
And you have their creeping and horizontal training methods to practice in the trench which would protect more wood!
As far as citrus, I am thinking that it would work better than ever with some of the newer colder hardy Satsumas that can take down into the upper or mid teens and things like kumquat that can take 15F. And also the more hardy hybrids like Citrangequat or Citrandarin etc that can take 5 or 10F…
Then on other fruit…
Here in zone 6 a simple 6 ft deep and wide open top trench with horizontal limb training may be the simplest way to protect things like figs, pomegranite, etc… You may not even need to worry about a top cover for things like that that can take single digits… If so, fig and pomegranite grown horizontally in open top trench plantings may have impressive results throughout zone 6 with no top even needed, and even in zone 5 if a top cover is used for winter.
Any thoughts or experiences? 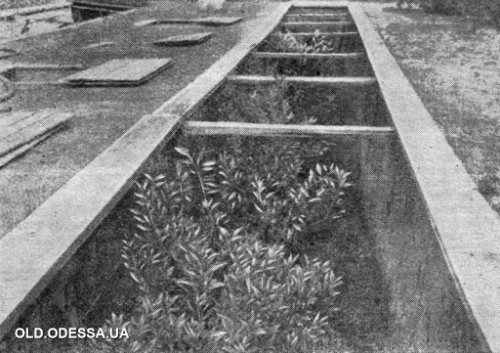 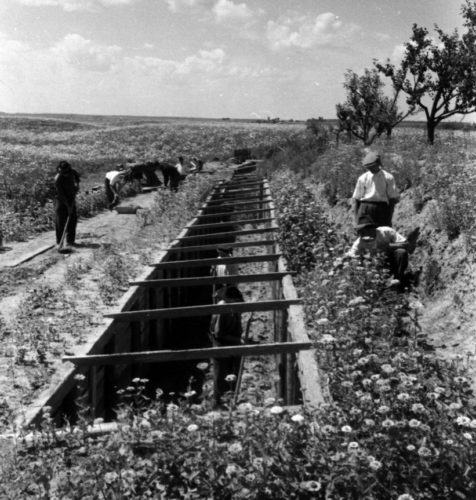 Citrus fruits (oranges, lemons, mandarins, tangerines, grapefruits, limes, pomeloes) are the highest-value fruit crop in terms of international trade. Citrus plants are not frost-hardy and can only be grown in tropical and subtropical climates –...

This reminds me of the use in South America of terracing and raised-fields to mitigate temperature fluctuations, particularly at high altitudes.
With raised fields they would alternate raised beds and canals, having the effect (besides irrigation) of the colder air being attracted to the water rather than the soil.
The stone walls of the terraces would absorb heat during the day and then release it into the soil at night.

So many of these older techniques are effective as well as fascinating. Perhaps a combination of different techniques could prove useful with citrus.
Thanks for posting this!

In Florida I have seen trenches dug between rows of citrus. The idea was to collect the cold air in the trenches, but knowing the water table in Florida, it probably also worked like the canals mentioned by @TangTang.

Such trenches will collect heavy gas CO2 (instead of oxygen)? Why not to build greenhouse instead.

But main issue is that this area in Russia has bacteria, fungi, and viruses which tropical plants (or any non-native) mostly don’t have “immune” from.

They still do it in Russia, some people even for tomatoes and potatoes (for earlier harvest)

I liked this article, very full, and “creeping citrus” (low to the ground) is interesting
https://www.lowtechmagazine.com/2020/04/fruit-trenches-cultivating-subtropical-plants-in-freezing-temperatures.html

I personally planted many roses 10" deeper than soil surface, in a hole, in order for them to survive first Winters, and now they are doing great, I covered with sand and leveled 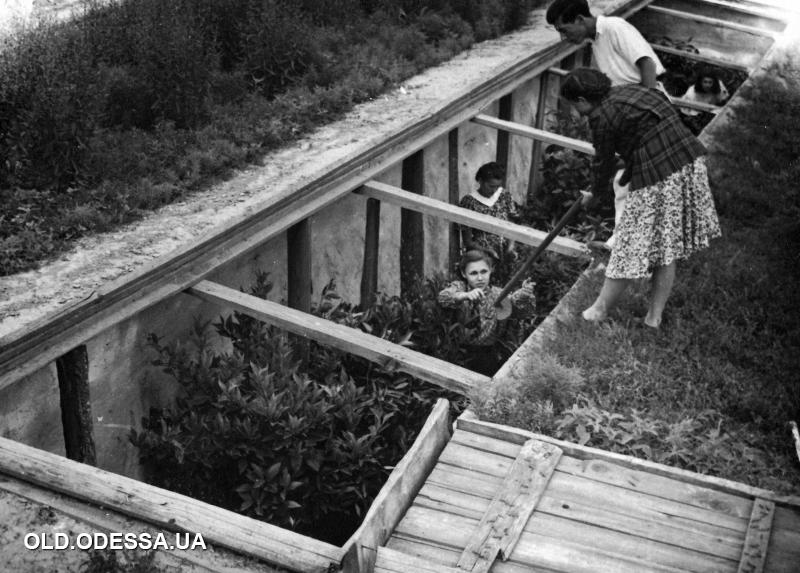 All this happened in Communist times before they started to integrate with other countries; much easier. Export oil, vodka, import lemons, banana.

When we first moved to our little farm, we wanted to build a walipini (like the one pictured below) for year round growing. We dug down about 2 feet and the ditch begun to fill with water. We soon learned that our water table is too high for something like that. It was a bummer, but at least we don’t have issues with not having enough water (looking on the bright side of things). 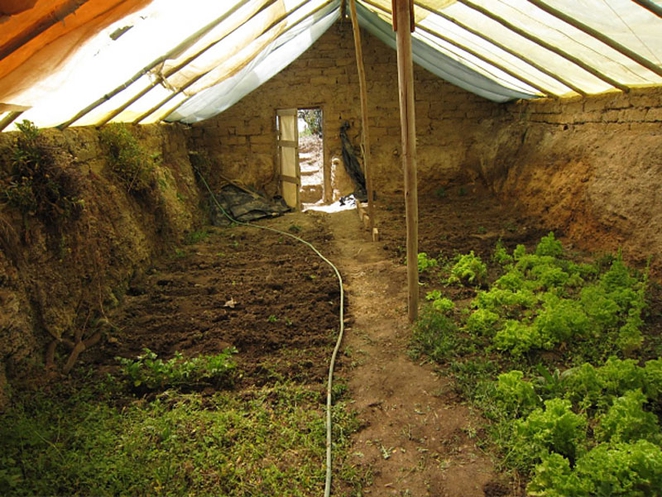 Ok my Salavatski pomegranite died back even well protected, I thought it was dead but it has recently sprouted from the root. I think I am going to dig it up and pot it and bring it in this fall and grow it in a pot til I get time to dig a trench to plant it in! Then grow it in a russian trench like above pictures!