This Myagkosemyannyi Rosovyi Pomegranate bush is all leafed out now. I’m hoping for a bumper crop this year! 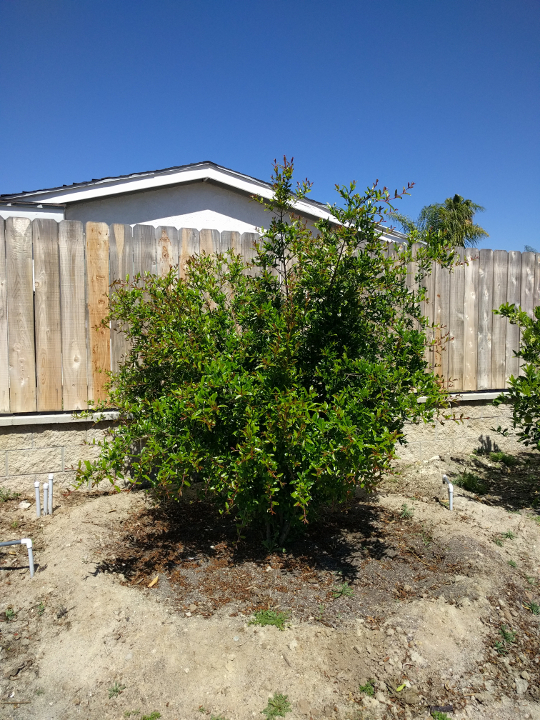 5 Likes
Pomegranate Success! in Mid-Atlantic. I live in Chesapeake VA, which is very near the coast. We have HOT humid summers, but I have had success with my pomegranates
rayrose March 17, 2016, 2:47am #2

How old is the tree, and what is the variety next to it?

Pomegranates are shrubs and I grow them as same although some people train them somewhat futily as trees.

This plant was started from a cutting of my plant in Rancho Penasquitos in 2013. I planted it in the ground early last year.

what is the variety next to it? 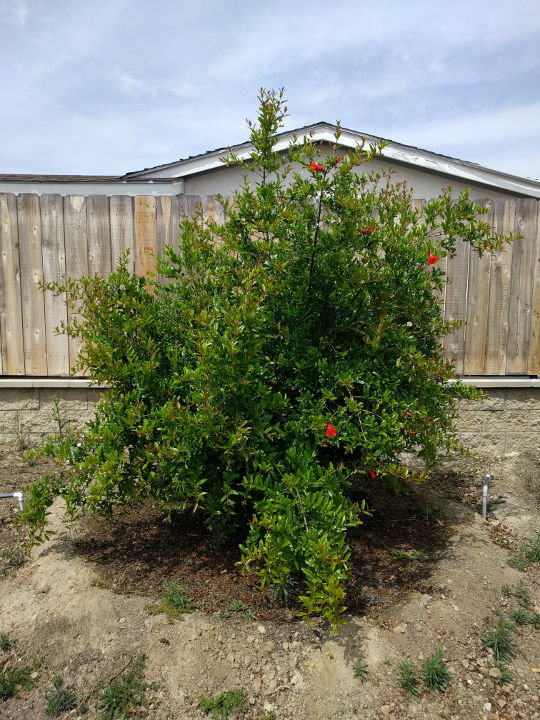 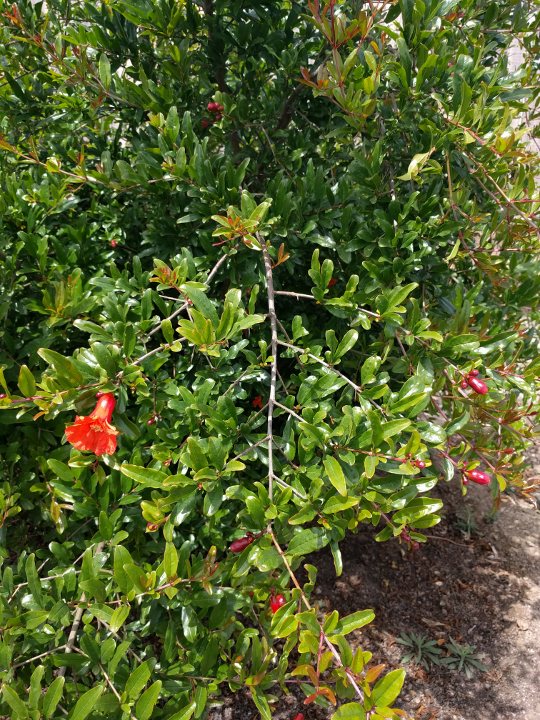 I’ve never heard of this variety. Did you obtain it from a nursery, Richard??

I’ve never heard of this variety. Did you obtain it from a nursery, Richard??

Several years ago Jeff Moersfelder allowed me to walk through the holdings at Wolfskill (ANR repository at Davis) and taste varieties off the plants that were not part of the annual tasting events. Over the course of a few years I tasted every variety in their pomegranate holdings, taking notes as I went. Jeff and I particularly liked this one due to the somewhat fruity taste. He provided me with a rooted cutting which I planted at my former residence. I then began selling cuttings through my nursery business and also donating cuttings from my plant to “opportunity table” drawings at local CRFG meetings. I brought a few rooted cuttings to my new residence in Vista and planted one. 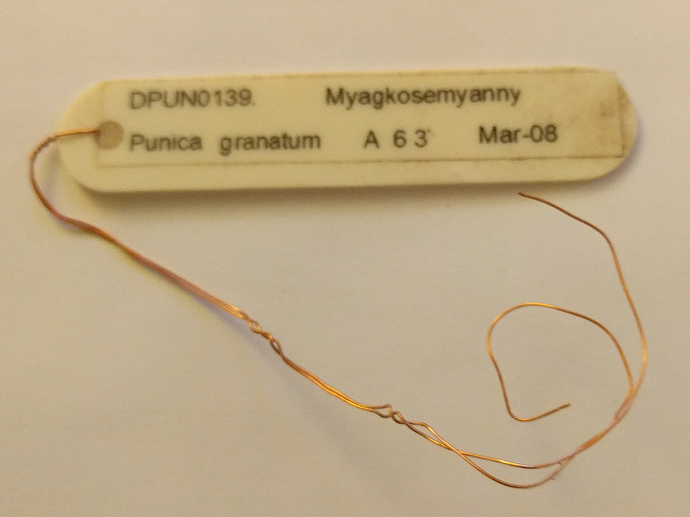 Wow. What a privilege! That pomegranate must be something special. Here I thought Parfianka was considered the best at Wolfskill.

I doubt it because it’s so late, but do you still have any cuttings, Richard? Sounds like one I have to grow.

Here I thought Parfianka was considered the best at Wolfskill.

For home growers in areas with long hot summers, perhaps. I found that John Chater’s cultivar “Eversweet” tasted better in coastal influenced areas of San Diego in comparison to “Wonderful” and “Parfianka”. These latter two are more prone to crack and rot before they are ripe in my environment. Incidentally, there are two different accessions named Parfianka at Wolfskill

Attached is an article I wrote about Pomegranates, including some of the varieties I encountered.

I’ve been told that the two different parfiankas are the same
variety, that are just spelled differently. I have the one spelled
parfianka.

Richard, very interesting post. You’ve made me want to expand the varieties I’m growing. After I read your pdf… I found this one: http://ucanr.org/sites/Pomegranates/files/134014.pdf

Some of the varieties look absolutely incredible.

They look great, but they aren’t sending cuttings anymore.

They look great, but they aren’t sending cuttings anymore

… to the general public, nor commercially available cultivars to anyone.

I’ve been told that the two different parfiankas are the samevariety, that are just spelled differently.

I’ve examined them in person and disagree. The plant in aisle 6 is different, having weaker growth structure and lesser quality fruit.

I don’t think yours’ is commercially available, neither is the one
I tried to get. They’ve just stopped sending cuttings period, as they
have with figs.

@rayrose, do you not meet the requirements to obtain NCGR plant material? I received distributions from Corvallis, Davis, and Mayaguez last year and I’m expecting some this year too.

I doubt it because it’s so late, but do you still have any cuttings, Richard? Sounds like one I have to grow.

Pomegranate hardwood cuttings can be propagated under mist in an enclosure any time during the non-dormant season provided you allow 3-4 months for them to “take”.

I prefer folks to obtain plants or plant cuttings from me in person because otherwise I’d have to obtain phytosanitary clearance - a big pain in the rear and the wallet to boot. To do otherwise would risk losing my state licenses plus a hefty fine.