Hi everyone. First time here. Hope to get some advice.

We have a sour cherry tree in the front yard that we planted 6-7 years ago. It is North Star variety. During the second or third year we get a handful of cherries from it, and that has been it.

The last 2 years it bloomed vigorously, and fruit started growing, looked healthy, and then suddenly fruit started to yellow and wilt. Eventually everything disappeared this way, except maybe 2-3 cherries.

This year things looked even better, but today I noticed the same process has started.

Any suggestions on what could be causing it and what I could do? 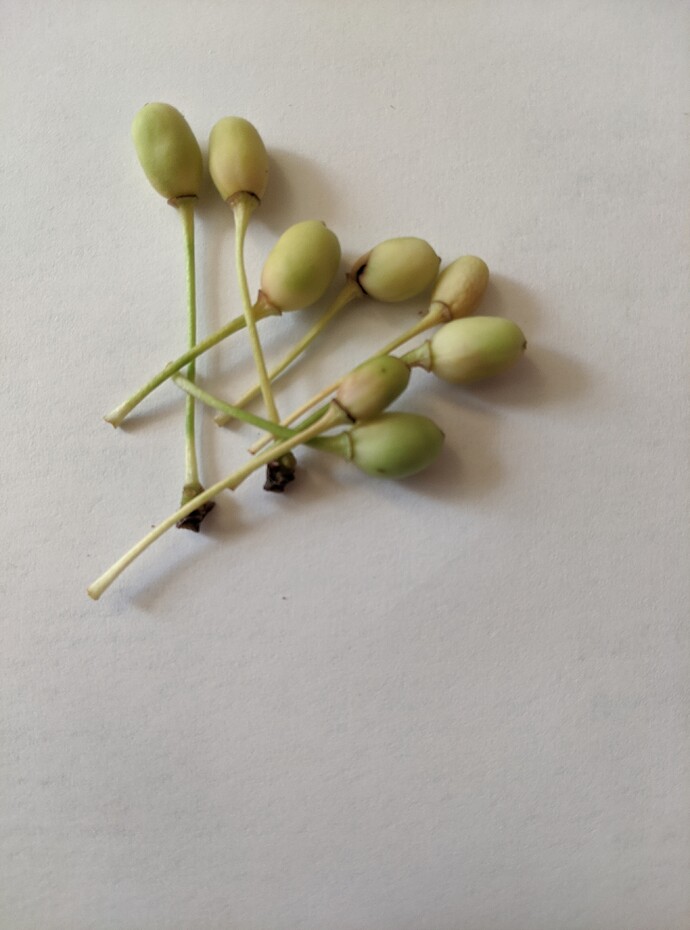 Where are you located? What’s your spring weather like?

Thanks for the reply. We’re in Upstate NY, Rochester more specifically.

Spring starts late, around mid April, and there is a lot of variation in temperature. Can have hot and cold days.

The last couple of weeks have been nice, a couple of very hot days, up to 90, with decent rainfall, but not too much.

Could be mineral deficiency. In my neck of the woods it’s lack of boron.

When I had a similar issue with my cherries
(flowered, fruit set, developed a bit, turned yellow and fell off in drove), I was told that it possibly was because of inadequate pollination. Yes, North Star is self pollinating. Often, having another compatible variety to cross pollinate will increase yield. In my case I have no room for more cherry tree. I grafted a couple more varieties to it .

When I had a similar issue with my cherries
(flowered, fruit set, developed a bit, turned yellow and fell off in drove), I was told that it could be a delayed response to cold/freeze damage

That sounds phoney… I could be wrong but flower buds are less cold hardy than wood. If it gets cold enough it would have damaged the buds themselves and they would have either failed to bloom or drop shortly after the freeze, not when the fruit was this far along.

Fruit set can be greatly affected by nutrient deficiencies. That means that it could also be the soil PH as it affects mineral intake.

I misremembered and made correction to my statement,

You should contact your extension service, email them with pictures.

Thank you everyone for the suggestions.

Sorry for asking and disappearing. Had some medical issues to deal with so the tree became second priority.

Surprisingly, not all the cherries wilted away, and for the first time since planting the tree 6-7 years ago this year we got to good taste of its fruit. It gave 4-5 pounds of cherries.

If the issues return next year, I’ll test the soil and contact the extension service as suggested to see what they say.

Poor fruit set is common for me with plums. The fruit looks much like yours. It can’t hurt though to get a soil test to eliminate that from the equation. Most extension services offer the service. Wisconsin has cheap testing. Doesn’t matter if in state or not. They give directions on how to take sample online. MSU offers testing as do a number of private labs and all agricultural universities. Make sure to tell them what you are growing.

Plant another sour cherry near by. I had most of the fruit dropped on North Star until I planted Carmine Jewel. The idea was to remove North Star as soon as CJ starts producing. The first year they flowered together I got a huge crop on North Star and getting it every year ever since. Looks like “self-pollinated” North Star actually needed a pollinator.

A lot of so called self pollinators on a species that normally need a second pollinator are like that, mediocre on their own.

Heck even having two trees pollinating each other could be improved upon by adding a third. More generic material often improves crops

Thanks. We don’t have much room, but could probably fit another tree. Will find out what options we have locally.

I just wanted to ask, is everything else on the tree looking healthy (leaves, branches, stem)?

or could graft a few different scions on it if you dont have the room.

Given your photo of the fruit, you might want to consider Cherry X-Disease as a possibility: https://www2.ipm.ucanr.edu/agriculture/cherry/X-disease-cherry-buckskin/

Also known as Cherry Buckskin, it causes pale malformed fruit like you have shown. Eventually, it also causes dieback of the limbs and possibly the whole tree.

I’m in Southern Vermont, and think this is what’s affecting my cherries. It’s spread by leafhoppers who transfer the disease from infected wild chokecherries. Do you have a lot of chokecherry around?

I agree with @nkurz, this problem definitely needs to be investigated, if the tree does have a virus, adding other trees around this one as previously discussed will not help since the virus can easily be spread around. If the problem isn’t a virus then most likely adding more trees is the way to go.