As many of you know Kansas is a very high disease pressure area. We have just about every disease possible that will show up within a week to a month of not spraying which is why you don’t hear of Kansas as being a fruit growing area. Stone fruits are nearly impossible to grow in my area. Cherry Leaf spot aka the fungus Blumeriella jaapii showed up since I had not sprayed my sour cherries since harvest which was about a month ago. So I checked the cherries a week ago and then I noticed one of them looked like this yesterday 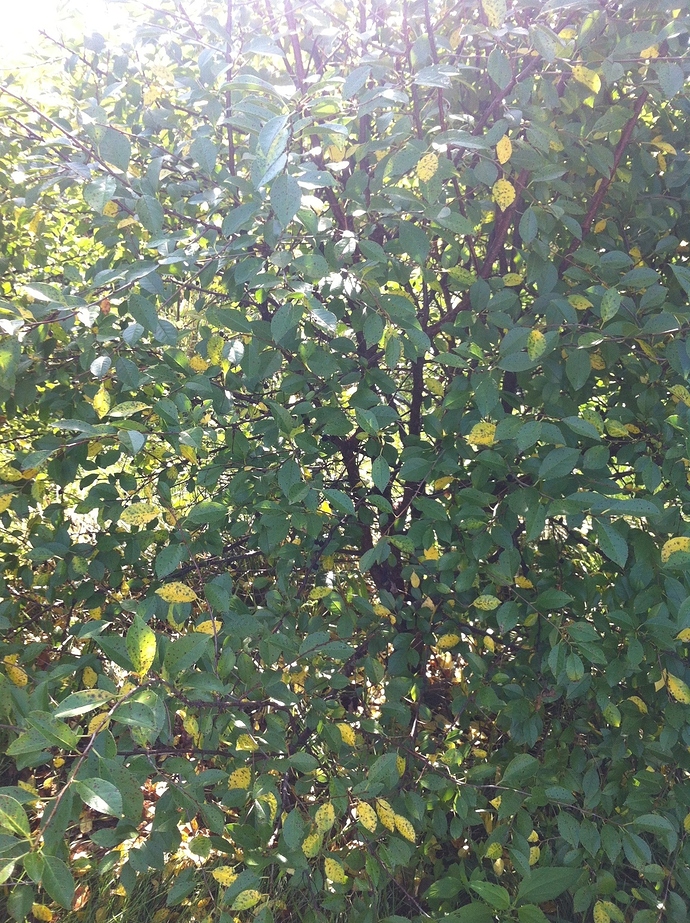 IMG_2361.JPG1152×1548 965 KB
I realize it does not seem like a catastrophic illness but believe it or not it can be. I likely missed the initial spot on the cherry that is the tip off it’s time to spray. You can’t really spray all the time because it will overspray other fruits ripening in the area so sometimes you have to monitor and wait to spray. Leaf spot makes your cherries susceptible to winter kill and it reduces your cherry crop the next year if you don’t catch it in time. Remember the photo was what occurred within a week. I applied immunox / captan mixed with malathion / triazicide last night to all the cherries. I have seen a host of minor pests and major ones such as web worms , Japanese beetles, etc. in the area. Since I had to spray I must do it all at once because I have grapes in the area ripening which are likely 3 weeks away from being ripe so I won’t get a second chance for 4-5 weeks probably. I will follow up with a second spray next week because I need to. This article gives a few ideas about this fungus but does not say everything http://www.caf.wvu.edu/kearneysville/disease_descriptions/omchlfsp.html. The next step is to clean up the leaf litter that falls around that bush and get rid of it by burning it because that is the source of infection for next year 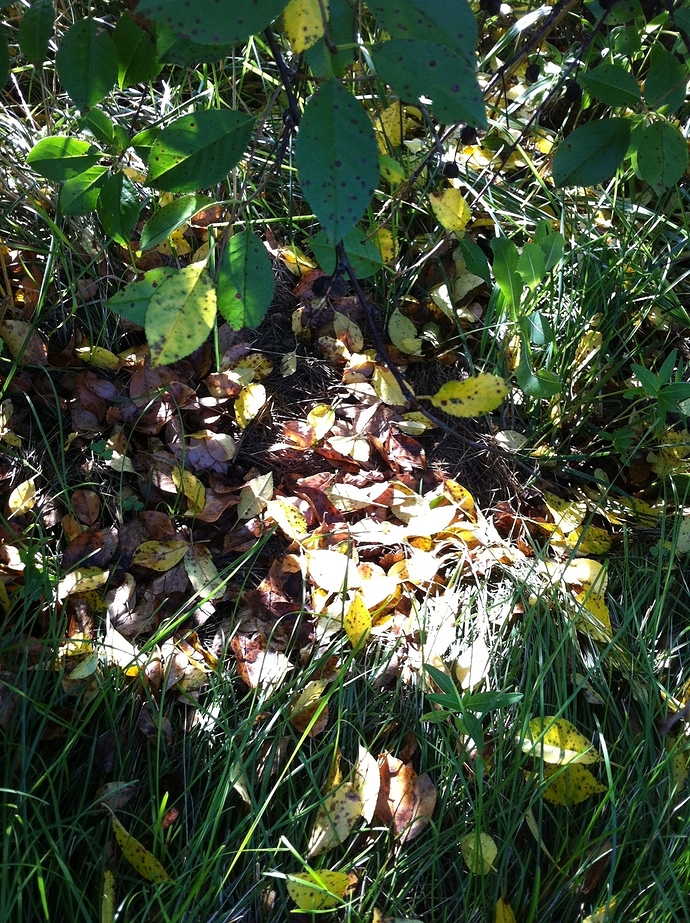 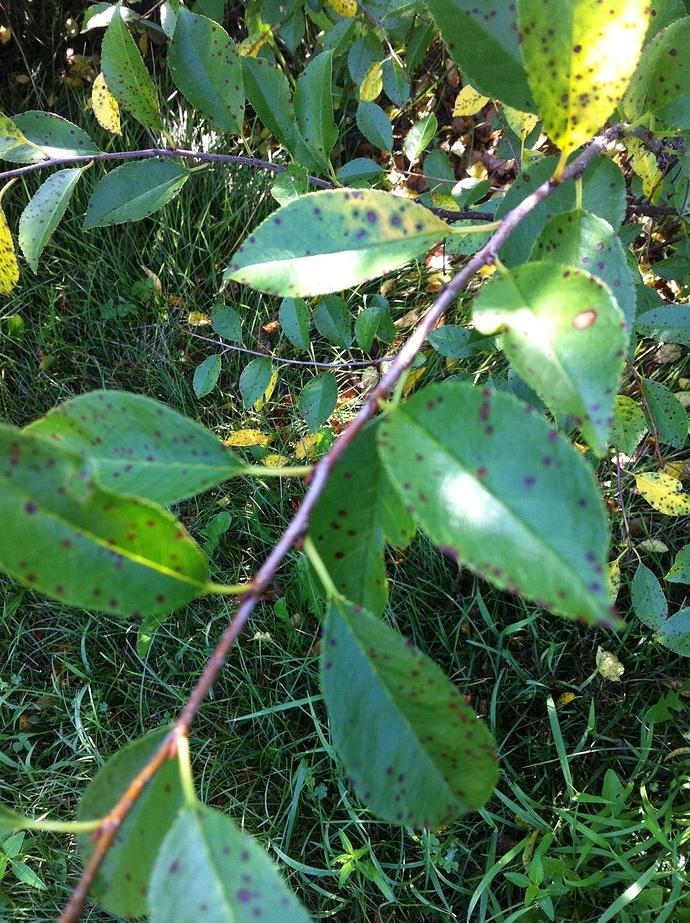 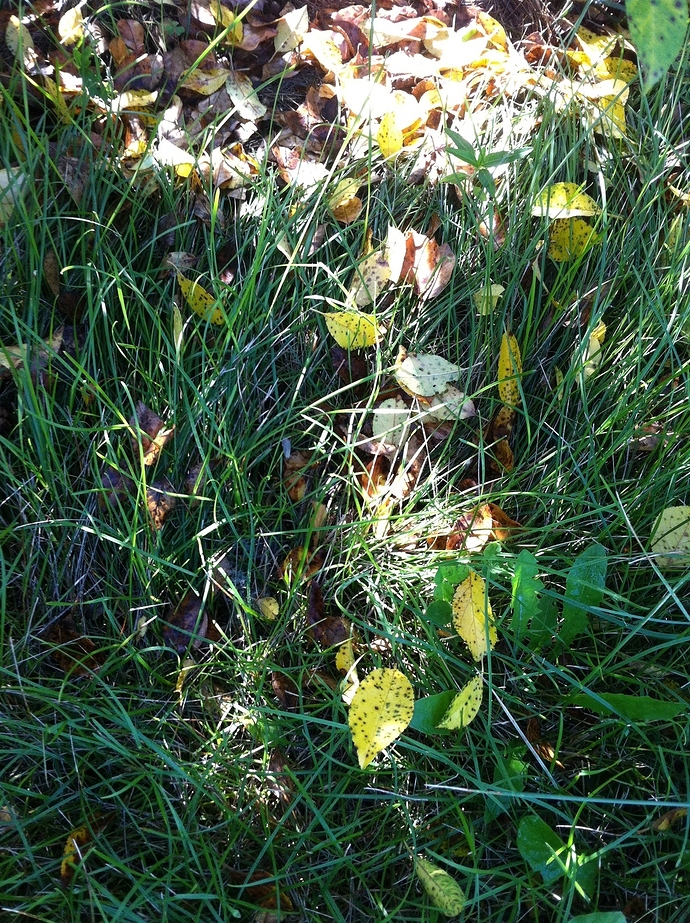 Funny you should bring this up Clark, I just recently noticed it on both my Crimson Passion bushes, which were planted in '14 so of course have not fruited yet. But the thing that strikes me odd, is that these two bushes sit at the end of my CJ’s and get the same sprays as the CJ’s do all at the same time. Additionally, the two Juliet’s planted this year are showing no signs of leaf spot yet.

So…, I have CJ’s on the left w/o spots, Juliet’s on the right w/o spots, and CP’s between them that are getting worse by the hour.

Anyway good head’s up - I’d decided yesterday to hit mine with chlorothalonil, hope that does the trick. I’m going to keep a sharp eye out on the others, but as it stands now I’m wondering if there’s something unique to the CP’s that make them more susceptible?

Carmine Jewell were what got hit here. I suspect it is Japanese beetles or birds spreading it as they fly from wild cherries or other hosts to ours. Whatever bush or tree they land on is the one that gets it. A friend of mine had an orchard killed by it about 4 years ago. He did not recognize what it was early and it was a hard winter.

Clark; What do you think about giving the impacted bushes a shot of fertilizer high N right now, given the leaf drop seen so far? Wondering if it’d shore up the remaining greenery at this time, while still being early enough so as to do no harm as we head into winter?

Nitrogen does cause a lot of top growth if applied at the right time. I think it’s getting a little late to use it. Not saw my trees put on a lot of new growth in our area this time of year. 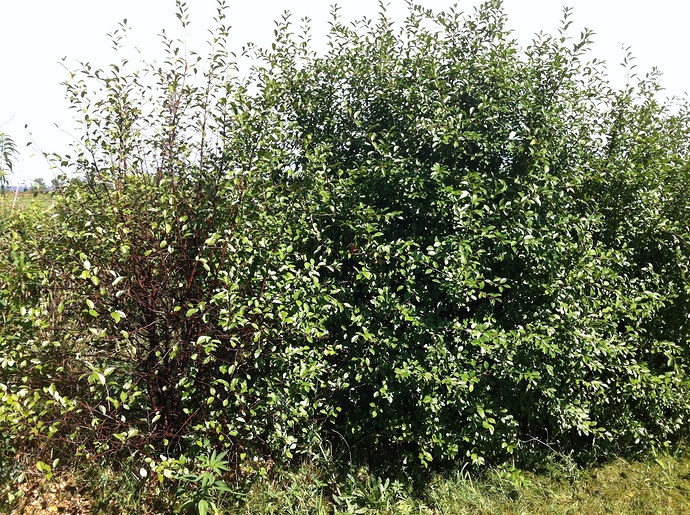