During the Winter of 2016/17, I lost a young apricot tree and two main branches from my well established Redhaven peach. I chalked the apricot loss up to “that’s fairly common for young apricots”, but I was more perplexed by the Redhaven. Since one of the branches that died had been injured a year or two earlier, I surmised that the injury had allowed disease to get in (however, that theory didn’t explain the loss of the other branch). Fast forward 2 years and I can see the injured section of trunk. I peeled away the dead bark to reveal the extent of the injury. See picture below: 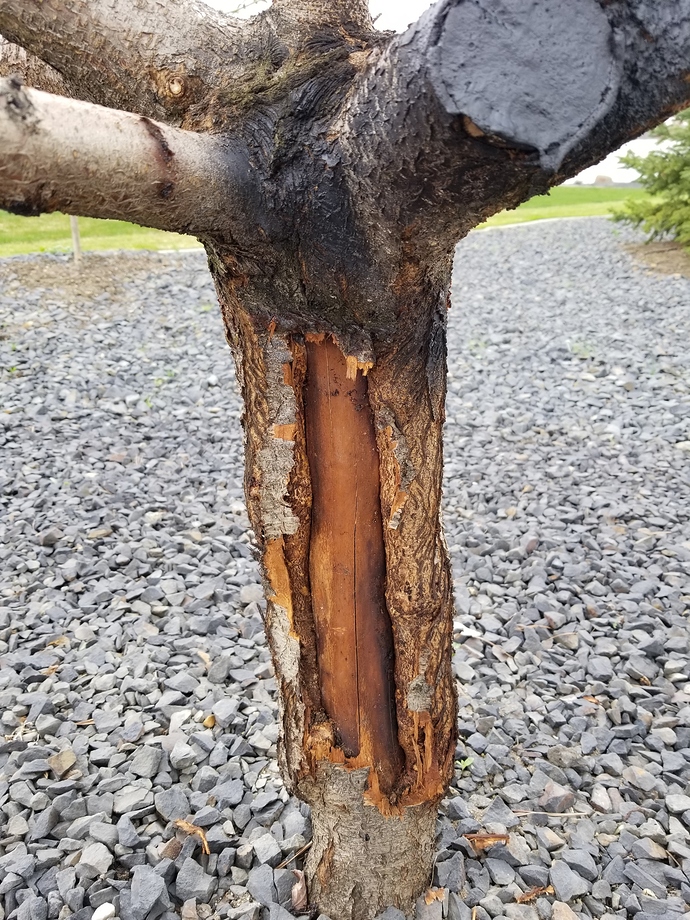 20190420_1410492138×2851 2.58 MB
You can see the dead section of trunk and the limb that was removed as a result.
After reading Dave Griffin’s detailed summary of peach hardiness factors (reposted by @Olpea in Jan of 18 here, Training branch up trunk to become a scaffold branch - #53 by Olpea ), I am convinced it is actually Southwest injury. One damaged area was on the Southwest face of the trunk, but interestingly, the other damaged area was directly on the oposite side. I am convinced that the proximity of this tree to a South facing white vinyl fence caused the trunk injury opposite to the injury thac occured on the Southwest side of the trunk. Way too much reflected sunlight striking that side of the trunk. I now have a tree with a trunk that has dead sections in two quadrants. Now I am much more diligent about trunk protection during the Winter.
4 Likes