Some things don’t change in 143 years. Confusion and uncertainty about the Spice Sweet apple is one of them. Compare the comment about the rare apple variety from Irvin W. Rollins, in a letter to Col. D.A. Robertson, President of the Minnesota Horticultural Society. History of the Minnesota Horticultural Society, 1873, with that of
Dan Bussey in Illustrated History of Apples in the United States and Canada, 2016.

1873: “The nearest to perfection of any tree I have tested is one, the name of which I cannot ascertain. I received the scions from Vermont under the name of Spice Sweet, but upon fruiting it proves to be a sour apple. This, as far as the tree is concerned, I put first and foremost of over 50 varieties tried.”

2016: John Bunker “believes this variety might be identical to the Spice Sweet recorded in Massachusetts in 1822. {One doubtful aspect might be that the description published by Thacker in 1822 notes this as a sweet flavored apple, while the one found in Maine is described as subacid. More examination might be necessary to be certain.}” 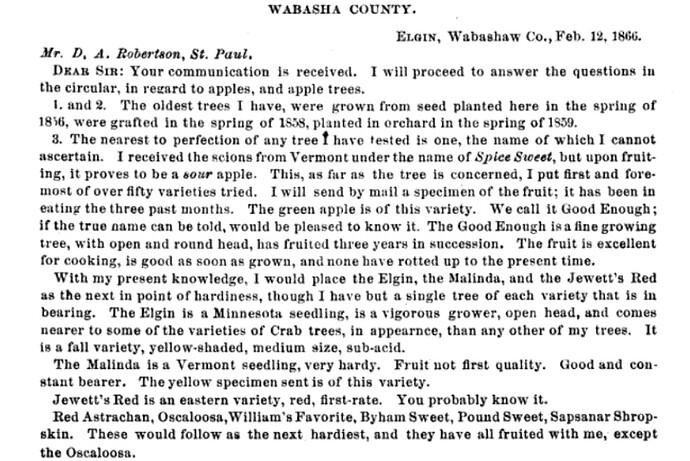 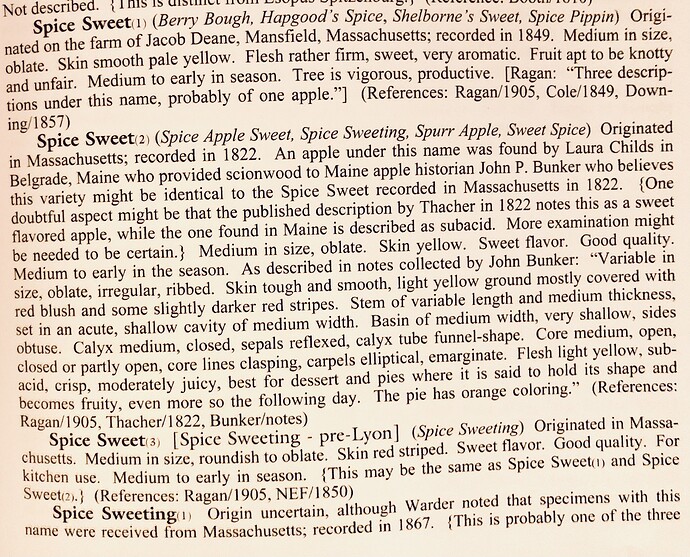 I grafted the Spice Sweet that Fedco sells a couple years ago. I am anxious to taste one some year.

John Bunker and whoever now writes copy for Fedco are good at what they do. As I was working on what varieties to graft this year, my wife was perusing the Fedco catalog and said emphatically “Let’s get this one.” In all my years of studying the literature of historical tree fruit and reading Growing Fruit, I must have encountered it, but I had never noticed it before.

I’ve added it to my scionwood order, but from Singing Tree instead of Fedco.