What can cause this kind of splitting all over new growth? I haven’t watered the tree at all, ground is still moist from winter rains. I also fertlized sparingly with cottonseed meal a couple of months ago.

Some background - the tree always looks runted out, maybe because of Citation rootstock or maybe because of lack of water in the summer. Then last fall, the tree had cankers all over and I pruned the tree hard taking all the diseased branches out. The tree responded by growing fast now. Is that it? 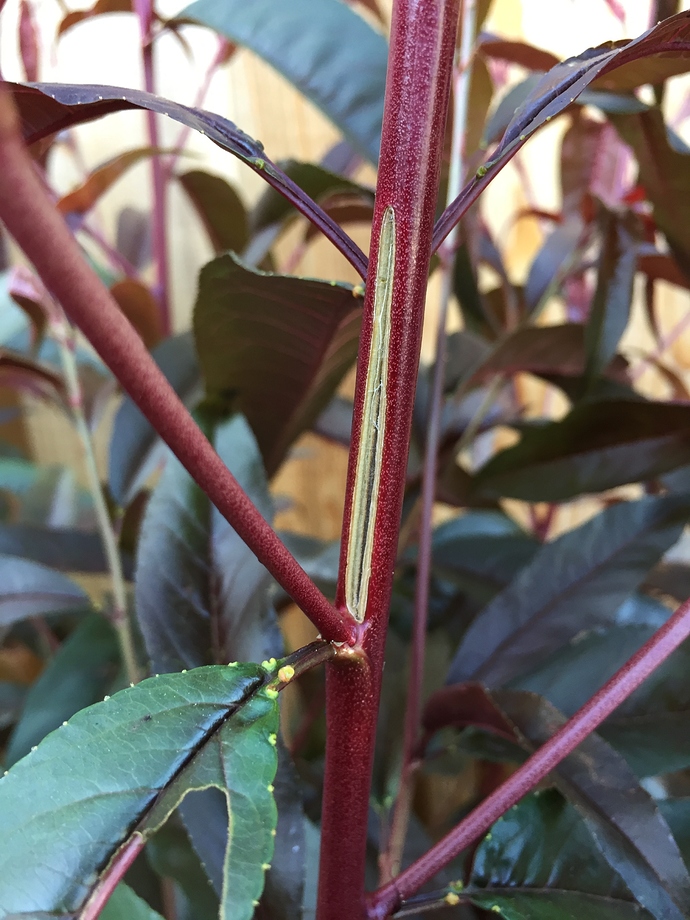 I’ve never seen that issue. My thought is it split like fruit does, heavy water after a dry spell. But that’s just a guess.

could have just been accidentally dinged at that section while it is still very young. damage looks like physical rather than biological

That would have been my guess as well. But I haven’t watered the tree at all. It is along a fence but I doubt the neighbor watered it. They have no vegetation nearby.

This is not the only spot. There are other branches too that split. No foot traffic nearby so I doubt it is physical damage.

Canker lesions, hidden under the bark, now that the tree is actively growing those areas are now being exposed.