The old timers told me you could not start a model T in the winter unless you backed it up the manure pile to keep it warm. Whos had a pile of compost combust? I have had woodchips combust. Interesting article https://www.wired.com/2016/08/manure-fire-new-york/

I had one steam pretty good one year. A short ways from my house growing up there was a gully that had been nearly filled with sawdust from the planer mill, and it smoked and smoldered year around.

Wired has good articles. Thanks for the link

Yep. I’ve stuck my hand in (small square) bales of hay that were baled too green - so hot you couldn’t pull your hand out fast enough. We’d have to either leave those in the field for a few days, if rain wasn’t in the forecast, or spread them out on the barn floor with enough space between them to allow heat to dissipate for a few days before stacking them properly.
Never had a barn fire in my time, but granddad did.

I have known of few fires at chicken farms where they piled the manure.

Also not too long ago not to far from where we live a wood company that process wood and use the shavings and sawdust caught in fire, they haven’t determined what was the cause but I’m guessing was the heat combusting on the wood piles that started the fire. 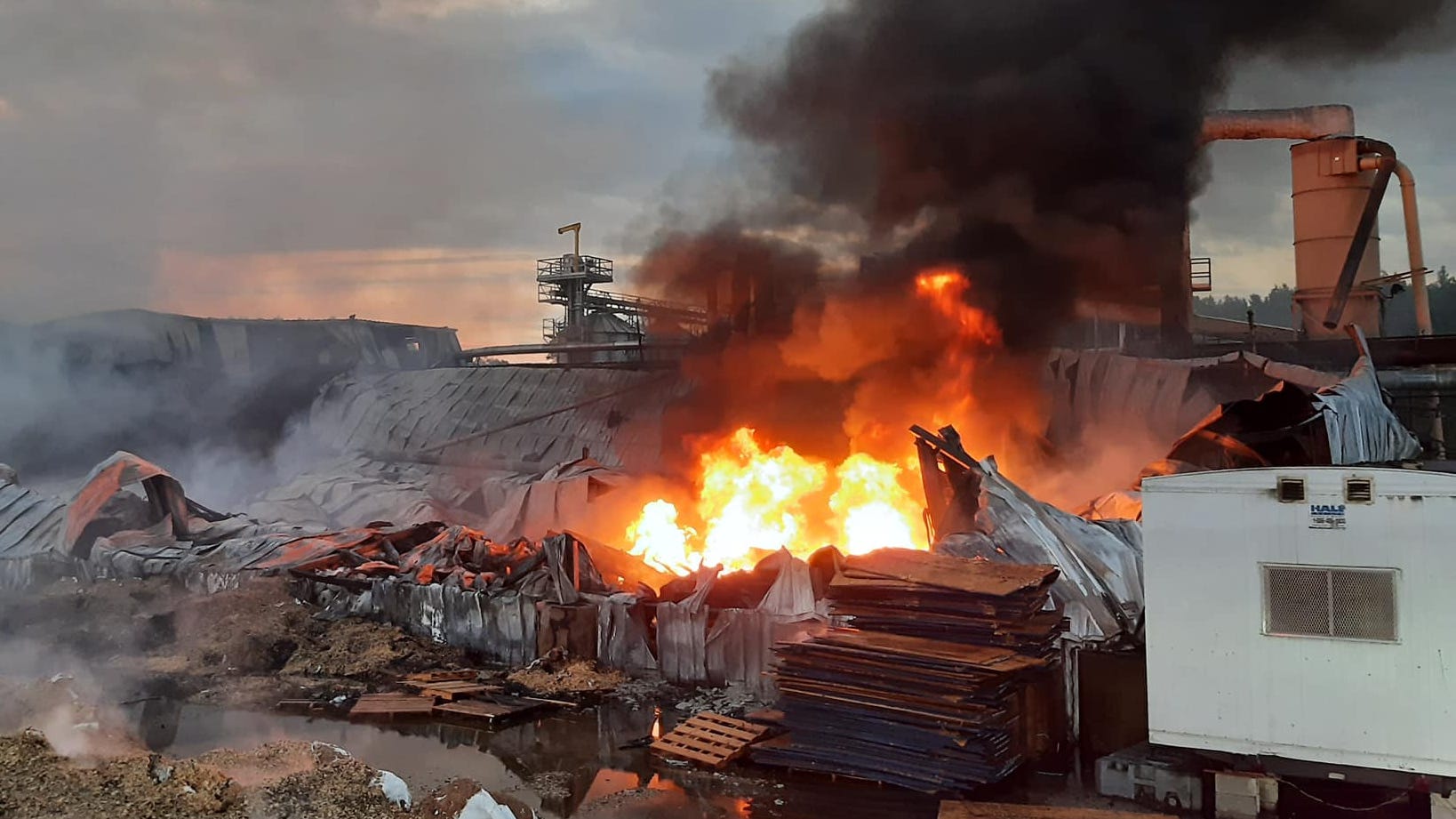 More than 130 firefighters were called early Saturday morning to contain a fire in Pocomoke City that heavily damaged a commercial warehouse.

Yes the custom cabinet shop here burned a few years ago for the same reasons.

I had a garbage can full of woodchips this summer and when i poured them out they were smoking/very warm. I think they were fresh (had a of leaves mixed in). I suppose at some point it runs out of fuel?

I think they use to heat greenhouses way back with manure. I’m pretty sure that is how they first were able to grow pineapples in Britain (under glass).

There’s a delicate balance of fuel/oxygen/moisture/insulating that must be met for spontaneous combustion to occur. Too little oxygen, it can’t burn; too little or too much moisture and the microbes won’t be at the right activity level; too little insulation and it will dissipate heat faster than it can build it. And so on.

I think they use to heat greenhouses way back with manure. I’m pretty sure that is how they first were able to grow pineapples in Britain (under glass).

I think that’s so. That’s the principle behind hot frames, anyway.

I have a hard time believing that spontaneous combustion of hay, manure , compost is possible.
Although it seems to be fairly well documented through history.
As I understand it ,the biological processes that produce the heat,
Bacteria and fungi etc. are self limiting at about 160deg F.
Below the flash point.
They just cook their self. And stop at ~ 160 F.
So how can this catch fire ?
I have made very active large compost piles for years, never a fire.
Other than a carelessly placed cigarette butt?Or kids with matchs?
How can this be ?

Good question. But it happens, and you can’t blame extraneous events for all of them.

I went and turned my large pile of horse manure. It got very hot under a clear plastic tarp the first week. But it’s quite cool now. Not enough Nitrogen in horse manure. Definitely won’t catch fire.

@bleedingdirt
Oh ,contraire.
There is a lot of nitrogen in fresh / barn kept horse manure.
Too much actually for a good active compost.
Needs to be layered with a carbon source hay / straw etc.to get proper C / N ratio.
And as important to make it porous to let air get in .
A good active compost needs air to heat up.
Putting a plastic tarp on a new pile , shuts off the air flow needed for a good hot aerobic compost.
( it is good to keep pile covered later to prevent leaching until spread )
I used to keep draft horses.
In the spring I would clean out the barn , the equivalent of 300 bails of hay , now horse poop.
I would make a giant pile . Layering manure, and hay, wetting if needed . Trying to leave a Small hole in the center of the pile for a chimney , stacking around a 4” pvc pipe that would be moved up and removed. the hot air coming out of the Chimney in the center of the pile would draw air in the sides.increasing biological activity and heat to kill weed seeds in the manure.
If I could , I would turn the whole pile inside out , restacking , every 3- 5 days,putting the outside of the pile on the inside.so everything got cooked. ( I was younger then

Turning it at least 3 times
It would be finished in 2 weeks ready to spread.
And in my opinion should be spread and incorporated soon there after to preserve nutrients.
Letting it just sit there long after that is about equivalent to burning it. ( and we hope it does not catch fire :). ) Loseing the nitrogen , etc.
This is like the method agaricous mushroom growers use to make quick finished compost.
Which is different than just a pile sitting in the back yard.
Recently I am of the opinion that organic matter is best applied directly where it is needed, to the soil.
Letting it work it’s magic there.
Not losing much of the nitrogen in a compost pile.
And less labor,… but the weed seeds !

Putting a plastic tarp on a new pile , shuts off the air flow needed for a good hot aerobic compost.

The smell, flies, larvae and maggots are good reasons to keep the pile covered. Day 2, it gets so hot, they all move to the top trying to stay alive. By day 3, they’re all dead. I tried an open pile, it was not pretty!

There’s horse manure from the paddock with urined soaked hay and then there are dry apples from the field. I don’t have a choice which one I get.

Oh and I do turn the pile completely every week. Great weekend workout!

I tried an open pile, it was not pretty!

Well that depends how you look at it.
And Who is doing the looking !