My mom grew sweet potatoes this year from store bought potatoes. First she scrubbed and soaked the sweet potato for 2 weeks. Then she placed it in sand and potting soil until it sprouted. Lately she has been breaking stems off the main plant and rooting those in sand and potting soil under plastic. I figured I would post a couple of pictures and ask for ways to improve the process. She could not find any documentation so she did it the best way she knew how. Potatoes as you likely know are coated to inhibit sprouting. Is there a better way? If you haven’t priced them lately sweet potato slips are very expensive 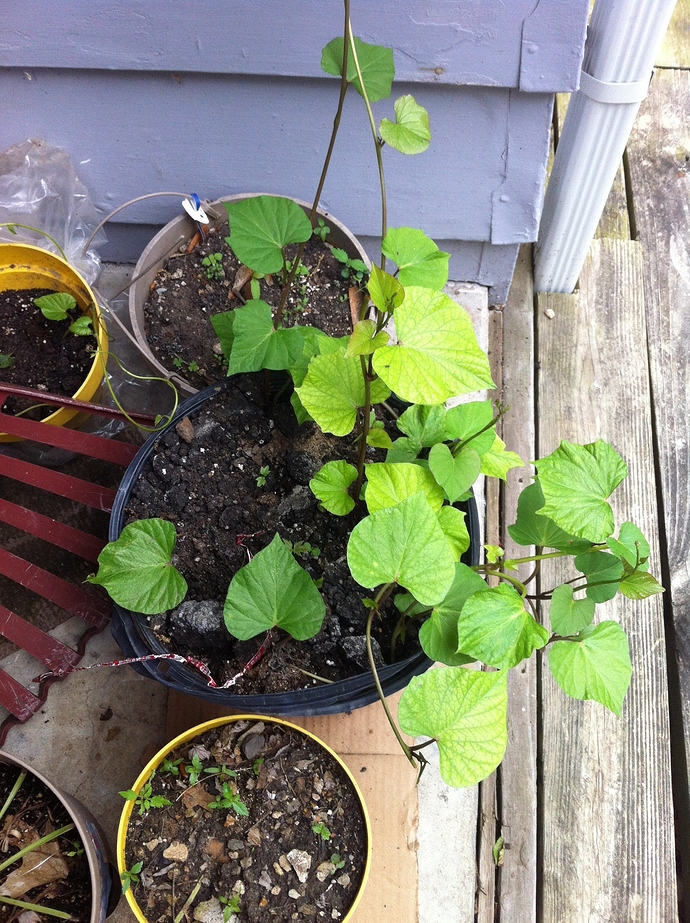 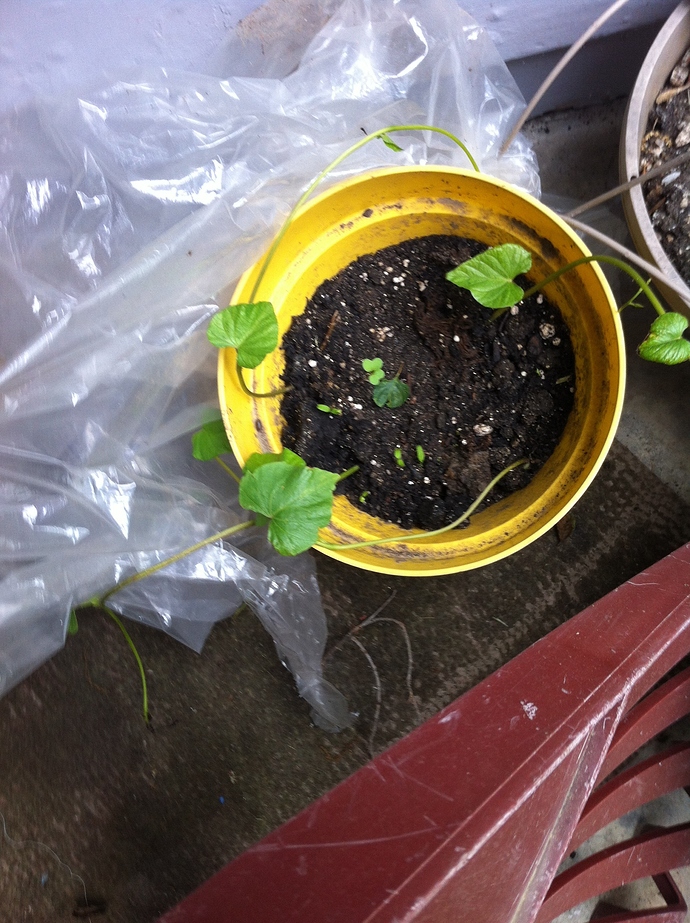 F1 seed is available from some online sellers.

Slips are available from Johnny’s.

Your mom is doing a great job!

Those are great prices Richard. We would not grow many if they were that price here

Ok, I should have stated per plant

Did you check prices from major seed suppliers?

The one thing I could say about making that process a wee bit easier, is that the final step of potting the slips for rooting can be skipped. You can just stick groups of them into containers of water and they’ll root very rapidly.

Summers are hot and long where I live, perfect for growing sweet potatoes. Yet, bundles of slips are still difficult to come by now that farm supply stores have been pushed out in favor of chain stores.

Just get those babies in the ground as early as its safe. Most varieties need a long growing season.

Richard,
Seems like many want $18 per 20 plants which would be great but then add $15 shipping. Then they sent them out last time June 1st and most were green mush when they arrived. We got a good crop still but I was surprised because the replacements showed up mid June. We grew peanuts the same year and harvested both at the same time.

Muddy,
I will try that this year. How long should the cuttings be 6 inches or so? Sounds like you’ve got some great sweet potato growing skills. Our growing season is until November or so which usually yields a good crop. We have historically grown Georgia jet about 5 years total. The slips just keep getting harder every year for us to get.

Richard who would that be I’m not familiar with those suppliers? If you have any advice on who to contact I would really appreciate it.

Clark, when I have my collected slips rooting in water, I continue to clip the longest growing ones and adding those new clippings to the collection. If started early enough, in the end it only takes two good sized mama potatoes to produce enough slips to grow a winter’s supply when the multiplier effect kicks in.

I’m guessing your mom is a person who enjoys producing things in a self-sufficient manner. She’s doing a good job.

Muddy,
Thank you she will love the advice. That makes sense. Most of my family grows gardens or orchards and strive to be self sufficient. My mom taught me to grow green beans and when I was 2 years old I grew my own green bean plants without any help. Let’s say the beans were not in rows. It’s over 40 years later and she still is teaching me about growing things.

Six inches sounds good, although the leafiness might be more important, because 6" of stem just won’t cut it.

I’d try to have at least 4 leaves, with the bottom one or two (depending on how close they were) clipped off so that those node areas can be submerged. Sunny warmth speeds things along.

If I only planted two things in the garden for the summer, it would probably be sweet potatoes and peanuts, because those tolerate our summers so well with little attention required.

Peanuts are easy and cheap to buy here because “boiled peanuts” is a southern food. I just go to the grocer and gather some nice fresh ones from the bin.

strive to be self sufficient

A fleeting ideal in western society

I’m not familiar with those suppliers?

) perhaps I could do better. Finding tissue culture suppliers that can ship to your area is going to take time. But finding seed suppliers is something that you can probably do few hours online.

Slips are available from Johnny’s.

I bought 6 pack for 3.40 or so last year from Lowe’s. The harvested potatoes stayed in the box in the kitchen for the whole winter. They are sprouting in there now. I need to plant them in the ground to get some slips for this year. I have not much experience besides that, but they seem to be easy to grow.

I grow sweet potato for the green, yeah, I use its leaf. So I don’t care which variety of the sweet potato I grow. I just buy sweet potato leaf from local market and plant the stem , this is way fast than grow from a sweet potato which take about 2-3 month to have a large enough leaf.

I grew sweet potatoes before and I second Muddy, I put the potato in a quart jar of water suspended with a few tooth picks. It sprouted lots of stems which I cut and put in another jar of water until they rooted. Then just planted them directly into the garden. They took a while to adjust , I should have set them in direct sun to let them harden off but they all lived and made a bunch of sweet potatoes.

Sandhill Preservation has tons of information about growing sweet potatoes and especially about getting them to grow in northern regions and common misconceptions. Check out this link:

Some of the misconceptions are (hit the link for a lot more details):

First: Forget what climate zone you are in.
Second: Do not set the plants out when it is very cool.
Third: You do not need lots of roots on the slips when you plant them to be able to insure success.
Fourth: This is the most important thing when it comes to sweet potatoes. It is the heat units that determines success, not the number of days nor plant zone, but heat units.

They also have an insane number of varieties of sweet potatoes: 225 VARIETIES!!!

Here’s the link for the catalog and shipping info:

They offer discounts if you get them shipped after June 25th too.

One more thing. If you don’t already know it, Sandhill Preservation is an old fashioned company. You can’t order online. You have to print out the order form and mail it in with a check. I actually sort of enjoy the quaint time warp quality of ordering from them.