After consecutive years of being worthless, TangO’s rose once again to be my favorite peach this year and customers who I planted it for are singing it praises with notes of gratitude. Most of them seem to have sites more favorable for growing this variety without crop destroying brown and even black rot (from fruit with split seeds, a common malady of TangO’s that creates a true donut).

Those who call its texture rubbery either have a different idea about what rubber would be like to chew than I do or don’t let it ripen on the tree to its ideal firm but juicy and quite chewable state- a very nice level of resistance to the chew.

More important than its unusual texture, shape and taste, is it tendency to develop about 2% more sugar than nearby varieties at any given site. 15% was common for it this year in my humid region with 13% being about average for the best of the rest.

The way I manage it on my property helps them reach much larger size than what I grow on other sites or have seen in farm markets. My trick is simple- I thin them the way I do any peach- about 8" apart (next year I’m moving it to 10"- I swear!). My trees also tend to be excessively vigorous including my single TangOs. The problem is that it is in the middle of part of my nursery and those trees get heavy mulch every year, so dialing down the growth is nearly impossible.

Do any of you grow this peach in the west where it wouldn’t suffer so from rot? I would expect it to be a standout.

Please explain what you mean by ‘thinning 8"’. I am a novice planter, and I only have 3 peach trees (6-9 years old). But I have never thinned them.;.,.which probably explains why my fruit (although plentiful) falls to the ground while still unripe. I am trying to learn what I can do better next year.

I thin, or try to thin my peaches to about 8" spacing between fruit when it is still small. This is done by most commercial growers but at a little closer spacing. Some home growers go for as far as 12" spacing because they’d rather have less fruit of better quality. We usually have no fruit or way too much after we’ve been doing this a while.

I don’t do it nearly as carefully as this guy- hard to believe he’s a commercial grower. Keep in mind, that some of them do it with baseball bats. Speed becomes the essence if you have a lot of peach trees to thin. I don’t worry about which way I pull and I use two hands and make them drop like rain. 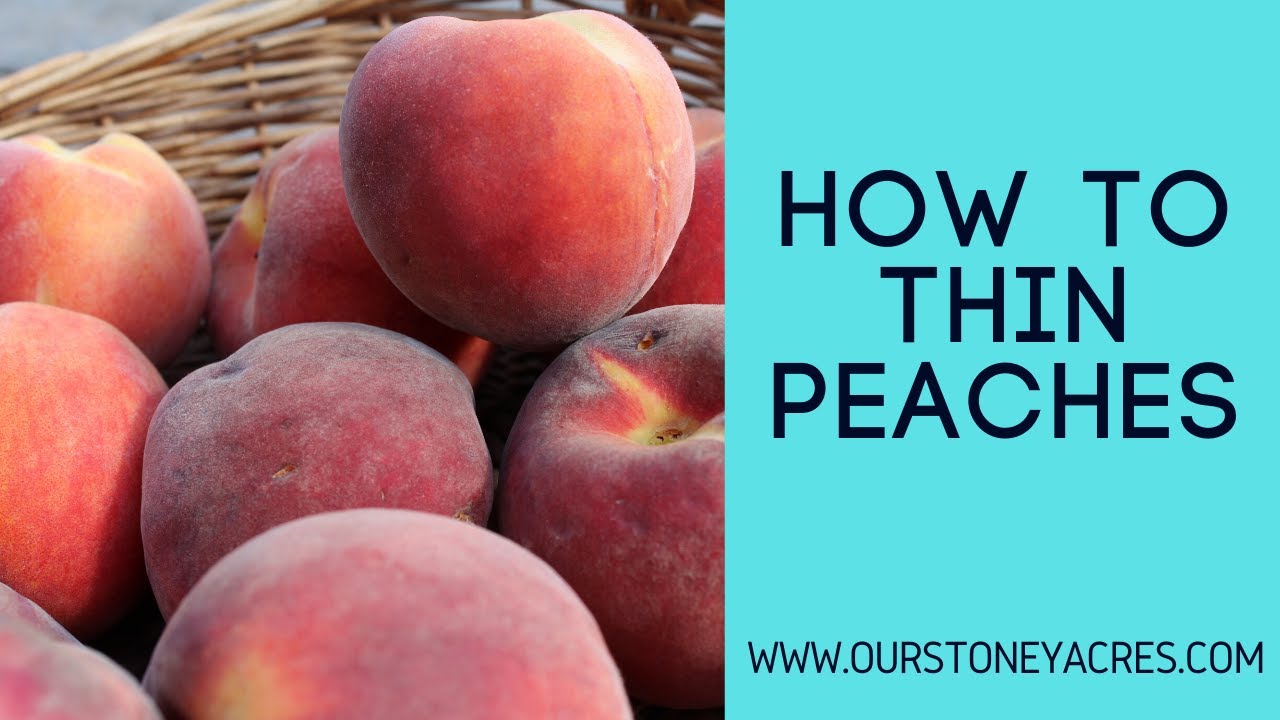