Tart cherries better for chill zones too high and too low? 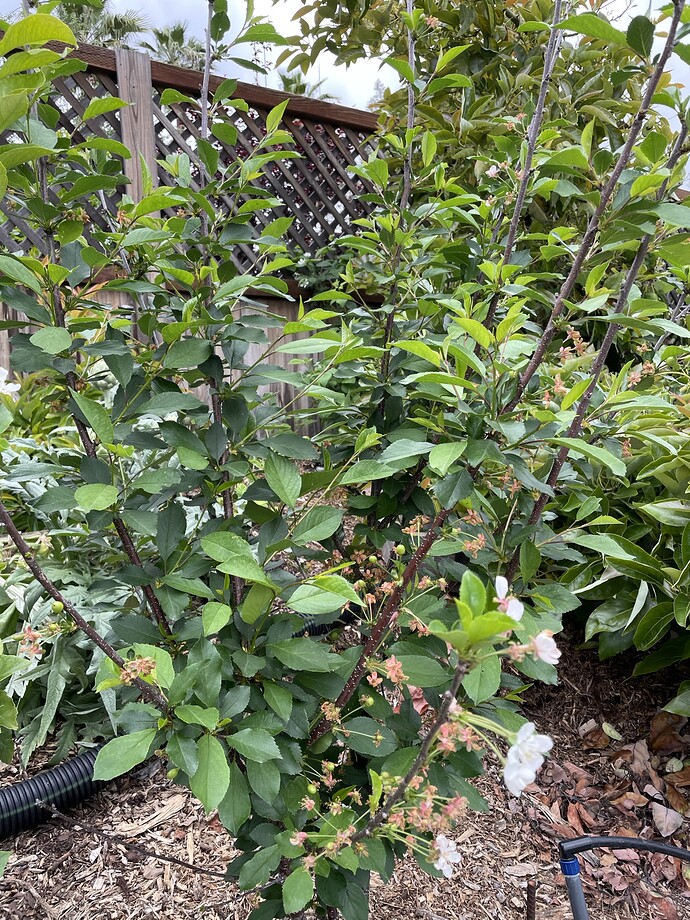 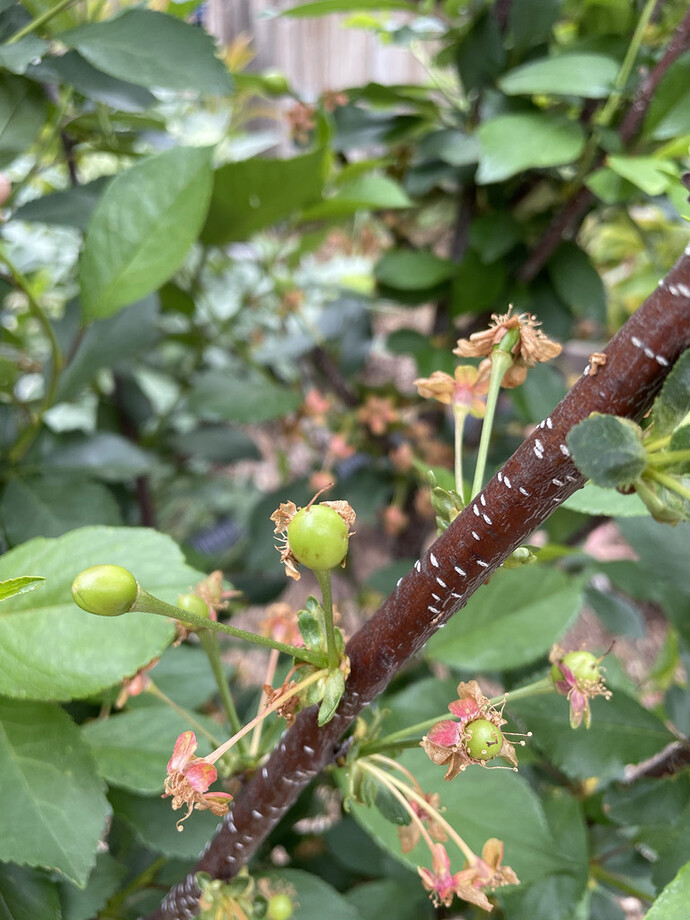 My local nursery said that English Morello would fruit here in San Diego. I ended up finally trying it and one year into it, my English Morello tree is loaded with fruit (relative to its size). It is definitely easier than sweet cherries.

Now I am curious how many of the dozens of cultivars accessible (if we look hard enough) to us by grafting scionwood would actually perform in my area. Maybe these should be tried more? And eventually bred more, to develop a higher sweetness high acidity fruit?

i wonder how the romance series from Canada would do for you? they grow well in the sandy soil in central SK. montmorency might do well also. maybe even better. maybe try getting scion wood of each to graft to your morello and see how they perform there?

I bought sweet cherries last fall in winter a few days after new years they shipped. They came out of dormancy just fine even in pots and I live in Colorado. Sweet cherries are good from zone 5 (-20 degrees) to zone 9 (20 degrees) so sweet cherries are really adaptable. Issue is most sweet cherries need two varieties of trees and they need chill hours. There are low chill sweet cherries like mini Royal and Royal Rainier but once you get to zone 9 you are really pushing it with chill hours. Do you know what rootstock your relative had it on in Colorado. We have heavy clay soils so if you have a cherry on say Gisala 3 which need fertile soil it will not do well here and like I said if you have say a Rainier cherry tree but just have one tree it will refuse to fruit.

You could be right about rootstock, I do not know. I seem to recall him regretting he did not plant it higher.

You definitely can get sweet cherries in CO. I was just referring to the fairly widely expressed experience that tart cherries are a bit easier because they waken later, and thus escape more of the freeze-thaw cycles that can lead to bacterial canker. Obviously there are a lot of different climates in CO and the mountain states. Some of the best sweet cherries I have ever had were from Utah, grown near the great Salt Lake.

I wondered the same thing about the Romance series of cherries! Not enough to test it out yet, but for sure that is a reasonable project for someone to do. What would you recommend if I tried that?

Montmorency is listed often as 500 hours and English Morello as 400 hours but there is something way different about those two for some reason. Montmorency is widely considered a proven failure in So Cal (and lots of places) and I have the same experience thus far. My Montmorency, same planting date and rootstock as English Morello, literally just got its first (and only) flower this season, just a couple days ago.

Next year my Montmorency will be the scaffold for some test scions! If it wants to prove itself, it can do so on some remaining twigs below.

I will say that growing is Colorado is a challenge onto itself. We have clay soils which means you almost need a rootstock that does well in clay, we have late frosts going up to mid May or June meaning you can’t really grow a early season cherry, we have early snows as early as September but most of the time coming in around October so you can’t grow late season varieties, we have alkaline soil so things like blueberries and other plants that like acidic or somewhat acidic soil will not grow, we have very little moisture to the point we are pretty much a desert. we have very try winds and the lists go on. On top of that we do not typically have a lot of land here in Colorado when you buy a house. I have looked at moving to Arizona in a few years and you can get a acre of land with your house pretty easily it seems. Here you get a little yard and a driveway around your house. That is not the best thing when you have to plant to cherry trees to get a reliable cross. I guess there are some varieties you can buy that are self fertile that are cherry trees but those are few and far between.

graft another variety to your tree that is a pollinator for it. 1 tree. problem solved. thats what id do.

There are too many challenges with sweet cherries, they are rather limited to where they do well (sure you can force one to grow in lots of places, but it won’t thrive and produce the way you want). I agree, it would be great to see some sweeter tart cherries developed. Juliet was a great tree for me when i was in NE, but i don’t see it surviving our summers now that i am in TX.
@JamesN , i would give Juliet a try assuming your summers don’t get too hot (we usually spend a few weeks over 100).

I wondered the same thing about the Romance series of cherries!

I highly doubt they would do well. I would only try if Montmorency does well. In hot areas their are tons of different tropical cherries that should work.

Yes tart cherries are more adaptable. In the North they can handle more cold and the fruit is more crack resistant and has more resistance to brown rot than sweet cherries. As far as being able to fruit with few chill hours my guess is most tart cherries haven’t been tested in these situations. The popular ones like Montmorency have but not the rest especially the obscure ones. A similar situation existed with apples which is detailed on the Kuffel Creek nursery FAQ page.

If I was looking for cherries that could handle low chill hours I would try to look at old sources of information from the 1800s. Most states had horticultural societies during this period. When the states were first settled people tried growing all sorts of crazy stuff. For my state several published volumes from the 1800s are available online and I am guessing California and other low chill states have volumes online as well. You might find sweet, duke and tart cherries cultivars that will work in a home backyard orchard setting for the San Diego area detailed in these volumes.

Also I suspect many modern sweet cherries have not been trialed in the San Diego area especially cherries bred in the East like Gold, Emperor Francis and the Pearl series.

If you are interested in breeding cherries you could try make tart to sweet crosses like was done with the old Duke cherries. I don’t think any modern breeding program has focused on tart/sweet hybrids. I am skeptical that a tart cherry could be bred to resemble a sweet cherry but some of the later releases like those from Hungary are sweeter.

reason i thought they might adapt is the same reason crandal clove currant grows well in z2 prairie
and has grown and fruited for a member on here in z10 s CA. is its tolerance to drier cold places that still have hot dry summers. the mongolian cherry was one of the cherries used to breed the Romance series cherries. Mongolia is a cold desert in the winter and a hot desert in the summer. one of the most extreme temperature areas in the world. nearly 200 degrees between those extreme temps! im thinking for that reason the Romance cherries might just do the job there for a tart. wont know until someone tries it.

wont know until someone tries it.

In zones 7 and 8 I have heard of some failures. Mostly from just too many disease issues. Mostly zone 8. It appears to grow in 7 OK, but does get leaf spot and other issues.