Telephone Poles in an Orchard

Telephone poles are coated in pentachlorophenol which is a carcinogen and after some quick research is illegal in many countries. It is my understanding that it used to be used as a ground contact wood preservative for a lot more things but has been phased out due to health concerns. That is why landscaping timbers don’t last as long as they used to. I personally wouldn’t put that stuff next to my fruit trees, but I’d say do some thorough research for yourself before making a decision.

That is my question. I see hops being grown constantly on utility poles. I’m also kind of figuring that old telephone poles have leached all that they are going to leach over 40-50 years. The poles I am looking at are well worn and probably have life left in them, but I am betting that most of the creosote and other preservatives has leached out in their original location. Thoughts?

I see city folks with their Prius and their solar panels…using treated timbers for raised beds in their front yards…
(maybe the
treated wood
messed w/ their minds?)

I’d use 30 year old telephone poles if they were free. (I mean, what else other than concrete can you use that won’t leach somethiing into the soil…and even it raises pH).

Treated lumber/poles are ok to use in the other hand creosote poles are not safe because of the chemicals.

Hey I have those solar panels! I think it comes down to the risk tolerance discussion similar to the thread on eating pawpaws. Sure something is going to eventually kill us all, but so will too many onions (as my co-worker who hates them mentions regularly) or drinking too much water. If you are comfortable with trying it out, that is fine for you, just be cognizant of the possible risks and do your research!!! I know little of orchard planning but I know you need an auger on equipment /excavator or some serious blood sweat and tears by hand digging to install a telephone pole, whereas you could pound a steel post into the ground fairly easily. Sure you might have to pay for the steel, but I assume you would spend a lot more time installing a telephone pole. In that respect it comes down to whether your time or the cost of materials is more valuable (which will be different for everyone).

I have several trees a couple feet from them. Have to admit that I was a little sketchy about it, but I have not seen negative affects on the trees and I am not dead yet from eating the fruit. If you are using concrete to secure them I would not worry about it. If not just get some cheap flashing to cover the buried parts. That will keep the root from touching and leaching of any chemicals. Most likely if they are old whatever was going to come off already has.

Rotted?? I would not want to trust a bunch of expensive trees, the labor of installing a trellis system, a full crop of fruit, etc. to ‘well weathered’ phone poles. Buy the good, heavy duty, new stuff and don’t risk a post failing because its “well weathered”. Cheap and low quality have rewards all their own!

The thing is that the old chemicals may actually outlast the new formulas, it’s more a matter of chemical safety.

I thought creosote was a natural plant extract concentrate?

The three major chemical wood preservatives are pentachlorophenol (penta), creosote, and arsenicals (copper chromium arsenate, or CCA). A fourth, copper naphthenate, is considered an alternative. The major wood preservatives, including pentachlorophenol (penta or PCP), creosote, and arsenicals, are ranked among the most potent cancer agents, promoters of birth defects and reproductive problems, and nervous system toxicants. They contain chemicals that in other contexts are labeled hazardous waste because of the dioxin, furans and hexachlorobenzene contaminants that are found in them. Penta is used to treat 45 percent of wood poles in the U.S. Treatment of utility poles represents 93 percent of the remaining uses of pentachlorophenol.After crossties, poles are the largest wood product still treated with creosote. Forty-two percent of wood poles are treated with inorganic arsenicals and 13 percent are treated with creosote.

As mentioned above the sole purpose of these chemicals is to preserve by killing living organisms. Because they easily move in air, water and soil, they threaten human life. In addition to causing both short- and long- term health effects – from extreme irritation to nerve damage to spontaneous abortions to death, penta and creosote are linked to disruption of the endocrine system. This means that they can disrupt the basic messages of life, affecting fertility, reproduction and the
functioning of the nervous and immune systems and have been linked to breast
and prostate cancer.

Not trying to throw fuel on a fire. But here in Ag country (corn, soybeans, wheat, etcc.) 100s of thousands of “telephone” poles have set inches from those commonly consumed crops since the beginning of “telephone” poles. I know of certified organic fields that have the same poles around them.

One thing to think about is if your wanting to have an organic certified orchard in commercial production either now or in the future. Treated wood posts are a no-no. The organic guys use either steel or woods that naturally resist rot like cedar.

I think at the end is personal preference or decision on what to use on your own orchard/garden for consumption but keep in mind that your family and friends are going to eat from there, I think everyone’s wants the best for their families right!

We shared the information just so everyone can see the risks. But at the end is personal choice or decision.

Here is this farm they ware going to do the same thing but they got shot down. Now the only remains are the poles and you can see the ones with creosote. ( the dark brown ones ) 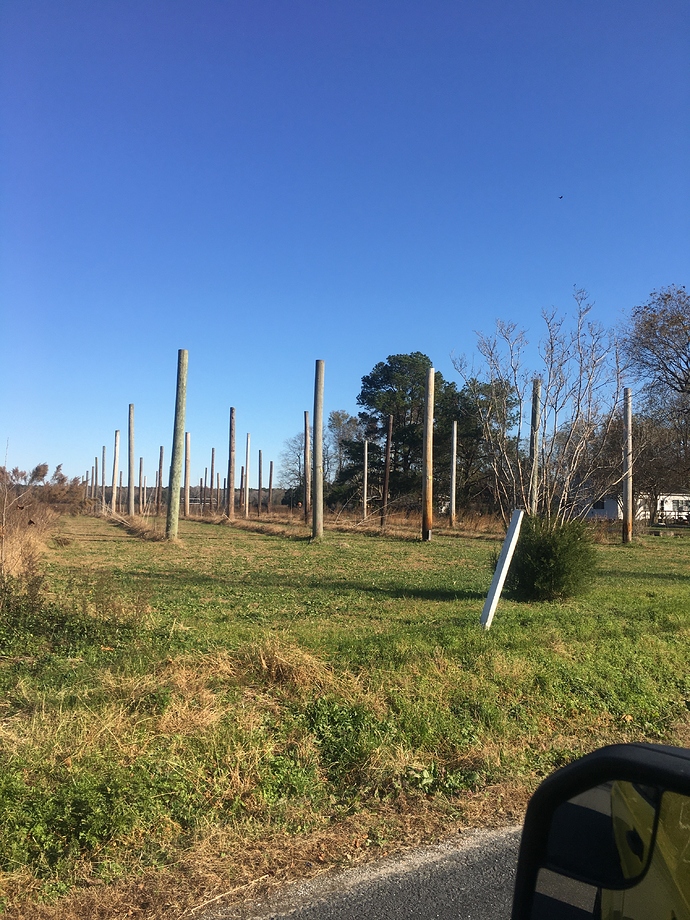 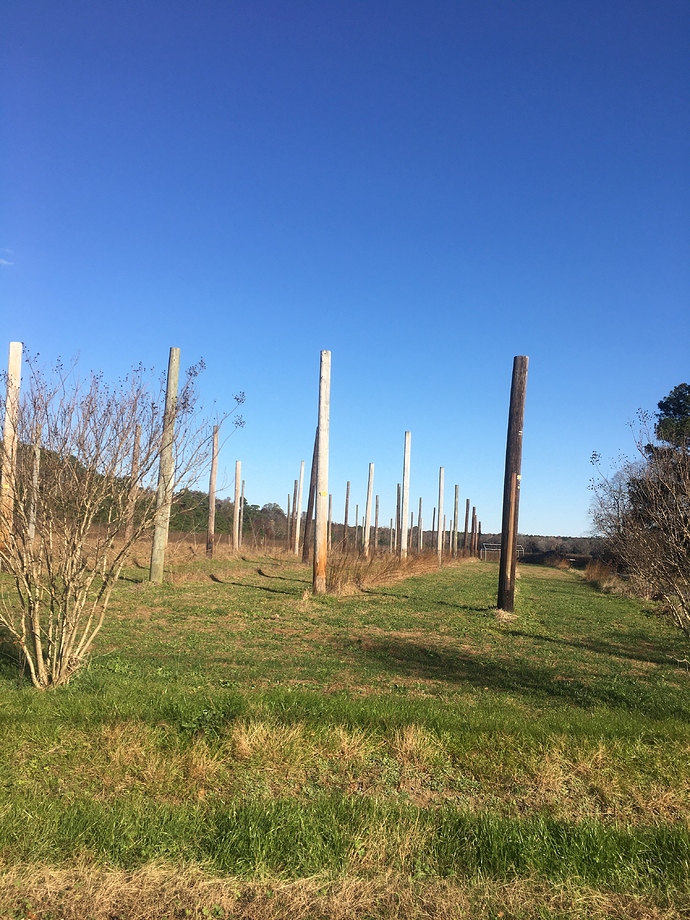 Like Chikn mentioned if the poles are too weathered, I wouldn’t use them. That said, you should be able to estimate how much life is left in them. One thing I’ll note is that the creosote runs down to the base of the pole, so there isn’t much concentration up past ground level. That can be good if you are worried about ground contamination, but bad for longevity.

All that said, I would use them on a trellis if they were in decent shape. I used them for corner posts for my deer fence. I’ve read that most of those old power poles are repurposed for one thing or another. Around here there is a pretty big demand for old power poles.

Just because the poles leach a small amount of chemical doesn’t mean the specific crop you are planting is capable of uptaking the compound and depositing it in the fruit. Some crops do this better than others, depending on the compound.