I’m on a small suburban lot where every inch of space is looked at for possibly growing something. Right now I have a stretch of lovely dirt beside a small masonry porch that I was thinking of growing beans in with a trellis up the side of the porch.

But I’m also in an area (just outside DC) that is hot and humid and we’ve had termites in the past and I will need to do something to prevent future issues as well. Right now I’ve scheduled a termite company to come inspect and possibly do some type of preventative treatment. Actually what spurred it was seeing this against the brick of my house. 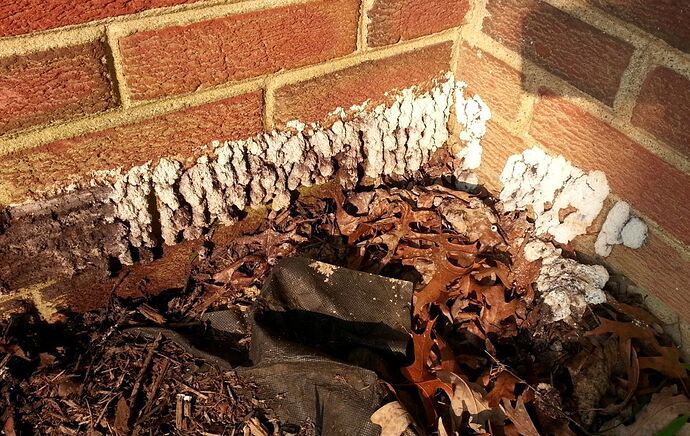 1280×811 291 KB
At first I thought it was termite tubes, but when I brushed them with my hand they were filled with blackish dust that looked more like mold. I have new clue what they are, but it almost looks like something oozing out of the brick work. Hopefully the termite guy will have some idea…

But before he arrives I’m trying to educate myself about what the best way to deal with any possible issues. I know they can trench around the house and pour poison all around and charge me a lot of money, but I’m not too excited about that. That would also be the end of any hope for those beans. So I’m wondering if anyone here has tried using the bait and kill approach with things like these:
http://www.amazon.com/Advance-Termite-Bait-Stations-TBS/dp/B00C30HI78/ref=pd_bxgy_86_text_z

If these work, I would think I could use them since you only add the poison to the station if you see termite activity. I’d happily right off the beans or something else growing if I knew there were definitely termites in the area and blanket poisoning was all that works, but if they’re effective I like the targeted approach much better. Otherwise I probably just need to think of anything within 6 feet of the house as off limits.

Has anyone had experience with these different methods?

I don’t know what they are, but you’re right, they are not termite tubes. You could do your own termiticide applications for a lot less money. You can purchase commercial termiticides online and with a little reading and study probably apply them as good or better than the pros. Remember the pros don’t own your home…you do.

Depending on what you choose to apply I don’t think you’d necessarily have to give up on plantings. Thing is if you have had a termite problem in the past it may be a good idea to refrain from foundation plantings for a while. You want to be able to easily see and inspect those areas for a few years to make sure your out of the woods so to speak.

Check out Keystone Pest Solutions. I’m pretty sure I’ve seen commercial termiticides for sale there. The stuff they will have will be highly concentrated, not the watered down stuff from walmart, though the OTC stuff is effective. Study up on termites so you can recognize them in their various forms.
Addressing drainage if there are any issues is by far, vastly more effective than any insecticide you could apply. Keep the wood dry and the termites will leave. This isn’t always the case with certain termites of the south, but it is in the northeast and mid-atlantic.
Get things dry and spray and drench.

BTW…the very cheap boric acid sold in the dollar stores etc is very, very effective. Contrary to widespread information about plant poisoning it isn’t anywhere near the issue it’s made out to be. It can and will kill plants when dumped on them, but when used reasonably (and even more than reasonably) it just doesn’t seem to harm them. It’s also highly water soluble, so it leaches away fairly quickly.

BTW…the very cheap boric acid sold in the dollar stores etc is very, very effective. Contrary to widespread information about plant poisoning it isn’t anywhere near the issue it’s made out to be. It can and will kill plants when dumped on them, but when used reasonably (and even more than reasonably) it just doesn’t seem to harm them. It’s also highly water soluble, so it leaches away fairly quickly.

You make it sound like you can dump boron around like any fertilizer. More than 3 lbs per acre can be toxic. That’s not something you want to be spreading by hand around fruit trees. 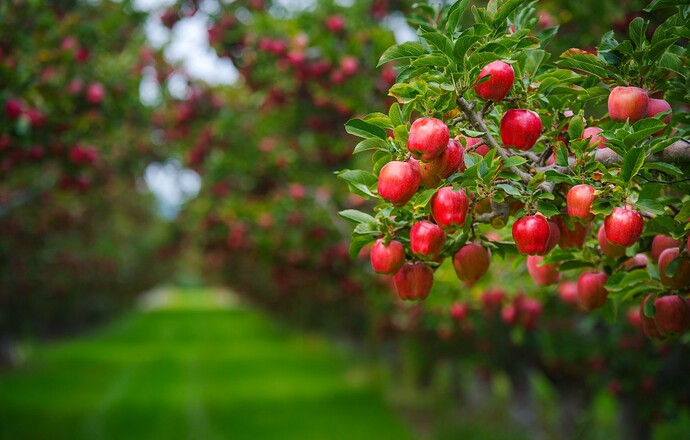 Have you actually applied boron around your fruit trees?

Get all mulch, leaves, landscape fabric away from the walls. Make sure that you have a downward grade from your house to your lot.

I didn’t intend to make it sound like that fruitnut. It is a good product that shouldn’t be unnecessarily avoided for fear of soil poisoning. Remember, we’re talking about termites here. Are you familiar with the result of no treatment? Also, I don’t believe we were speaking of fruit trees, but maybe so.
To answer your question, yes, I have applied boron to one of my apple trees. No issues my friend, but I didn’t dump it around like fertilizer either.

Thanks all. Did anyone have any experience with the baits?

The inspector will hopefully be able to confirm if there is any other signs or concerns, but since what I saw doesn’t appear to be direct evidence maybe there is no need for the all out assault. Also, we had a french drain with sump pump put in a few years ago in the basement and I’ve read in a few places that may not make it a good idea (possibly not legal) to do the trench and drench approach since it can basically work down into the sump and be pumped out to the street…

But most importantly there are those beans and a couple of figs and poms I was hoping to plant close to the wall, but probably can’t if we do the full termiticide. Of course if they see signs of termites I’m willing to take the plunge.

By the way, I’ve put in really good drainage over the last year, getting everything at least 15 feet away from the foundation and most of it all the way to the curb, so hopefully that makes the house less of a target.