I have a neat fruit exploring story to share.

I was out collecting scion with a friend today who knew of a tree that has been rumored to be one of the oldest known existing trees in Waldo county Maine. So of course when he asked if I wanted to go check it out I said heck yes!

Here is the tree: 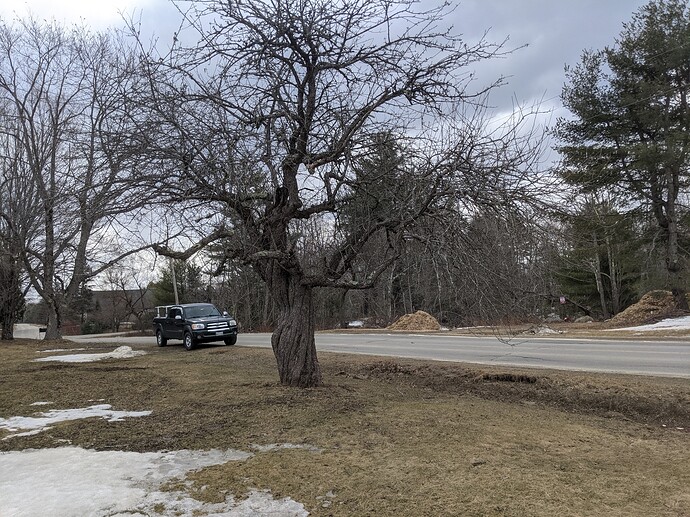 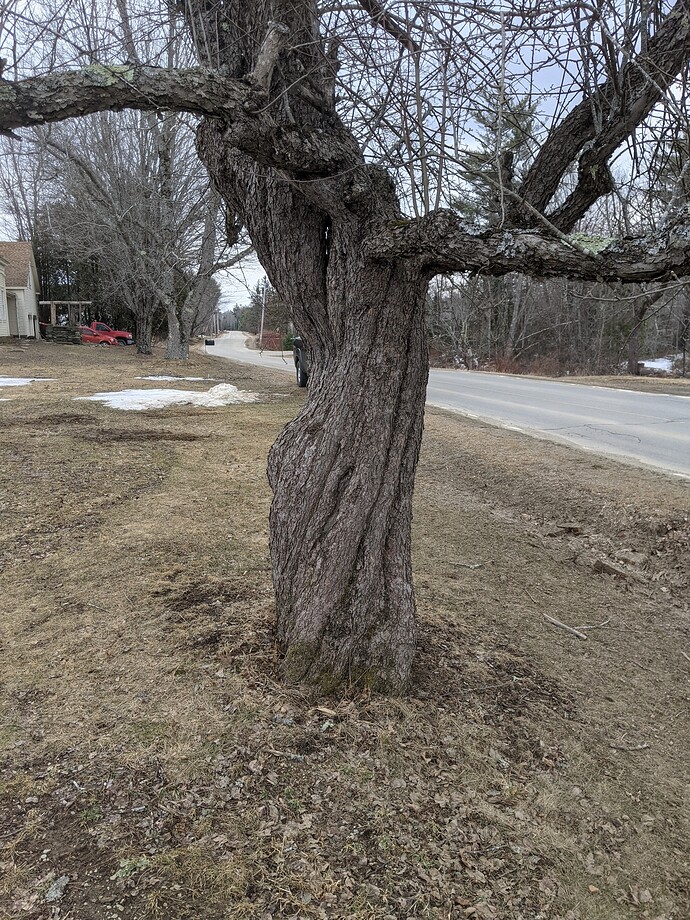 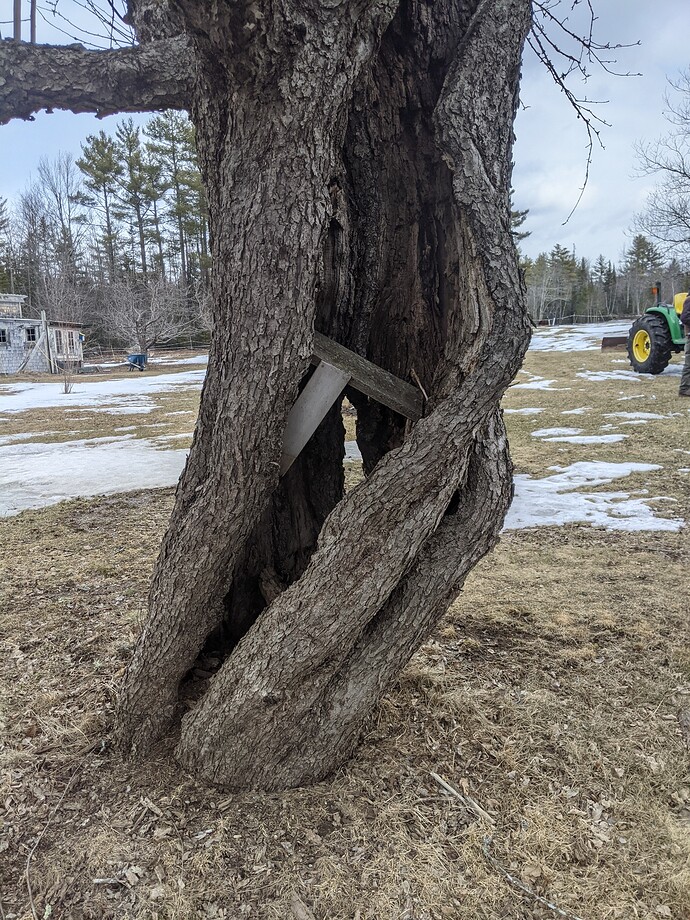 I met the couple who now own the farm, and they said 5 or so years ago John Bunker saw the tree and pulled over to check it out. His thought was it is a seedling, but one of the oldest trees he had seen in that part of the state. The tree has been named the coffey apple (their last name).

They graciously let me take some scion wood and if I can get some takes, I will gift them a young coffey tree to plant on the farm, they seemed excited about the idea.

The tree overall looks quite healthy and disease free considering it’s age and is still throwing up some good young shoots. They have tasted the fruit and said it is “edible” but it is an every other year cropper. They have been battling the brown tail moth much like the rest of the coast of maine as of late…

I’m excited to keep these genetics in the gene pool and to carry on the story!

In Belfast? I’m a scion of Waldo county myself, thanks for sharing this!

man that tree looks ancient! great find. i might hit you up in a few years for a scion or 2.

Cool story (and even better pictures). There are so many seedling apples in this part of the state that I’m sure that every old farm house has a story like this to tell. Great to see these old trees alive and kicking (even if just barely - a nor’easter will take out that tree some way down the line) . Thanks for sharing!

I’ve got an old apple tree on our property that I should take some pictures of. It’s been a heavy producer recently.