The earliest Asian pear of the season

My Shinseiki is the earliest to ripen among 10 plus varieties. It is juicy and sweet with a little tart near the seeds. 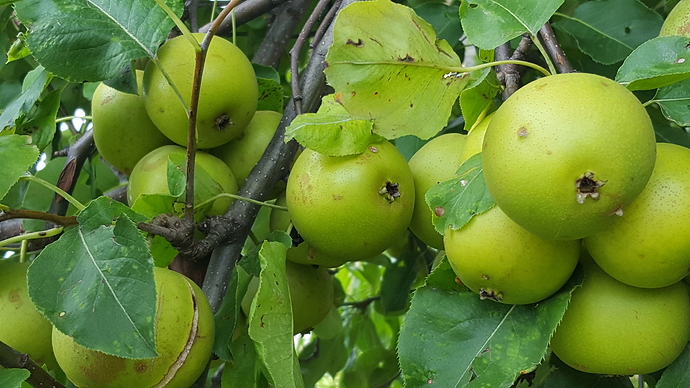 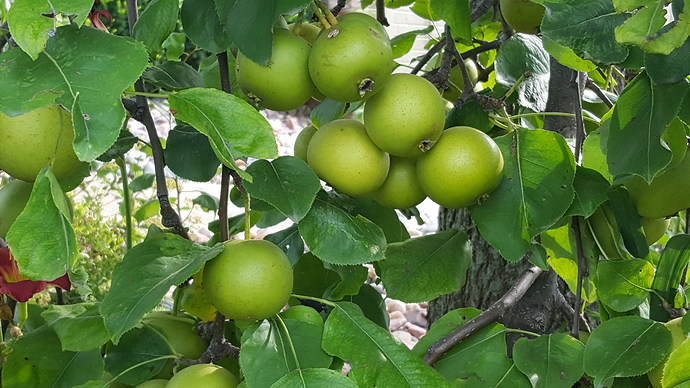 I’ve been snackin’ on a few ‘20th Century’ lately.

Are they ripe for you now, Tony? I have one or two on my multigraft.

Good to know. I have a Shinseiki planted last year. No fruit yet!

I ate a couple yellowish ones. They are starting to turn yellow. This is nice to eat an early Asian pear variety to spread out the harvest. My latest is Korean Giant in October.

Early this year, I grafted the Korean Giant (Mamuang’s) and the Fragrant (yours) onto my Shinseiki, turning it to a 3-in-1 pear tree. Is that a mistake due to its diff ripe time? I hoped not…

What’s the ripe time for the Fragrant?

I think you will be fine. The Korean Giant bloomed close to other Asian pears but took a long time to develop that one pound fruit.

I guess I’ll have to do whatever needed to get my one pounders!

I planted 3 euro pears (Moonglow, Orient and Pineapple) last spring, so it’ll be a few years before we’ll be able to enjoy any of those.

I may have asked this before, but how do Asian pears compare to Euro versions. Do they taste more like apples, are they as gritty as some Euros, and how do they compare in disease resistance?

And just a general pear question, if I planted these trees this year, when could I expect them to start producing? Is three years the usual time for bare root trees? These have Callery rootstock.

Asian pears do not taste like apple. They are Sweet, crunchy, and, very juicy. They are not as gritty as European pears. They will bear fruits sooner than most European pears in an exception of Harrow’s Sweet.

Well, that sounds like a good reason to try growing some then. Are there any particular varieties that are good producers and somewhat disease resistant? Is it true that Asian pears are generally more susceptible to fireblight? How would you rate your Shenseiki?

They are all good but you want to sspread the harvest season out a bit. I have no diseases issue with my Asian pear trees after 10 seasons. Shinseiki early then Choujoro middle, and Korean Giant late. That is all you will need.

My earliest is Ichiban. It’s earlier than 20th Century and Hosui. I just grafted Shinseiki this year. From the look of the shoot, it does not look like it will flower next year.

My Asian pear this year . 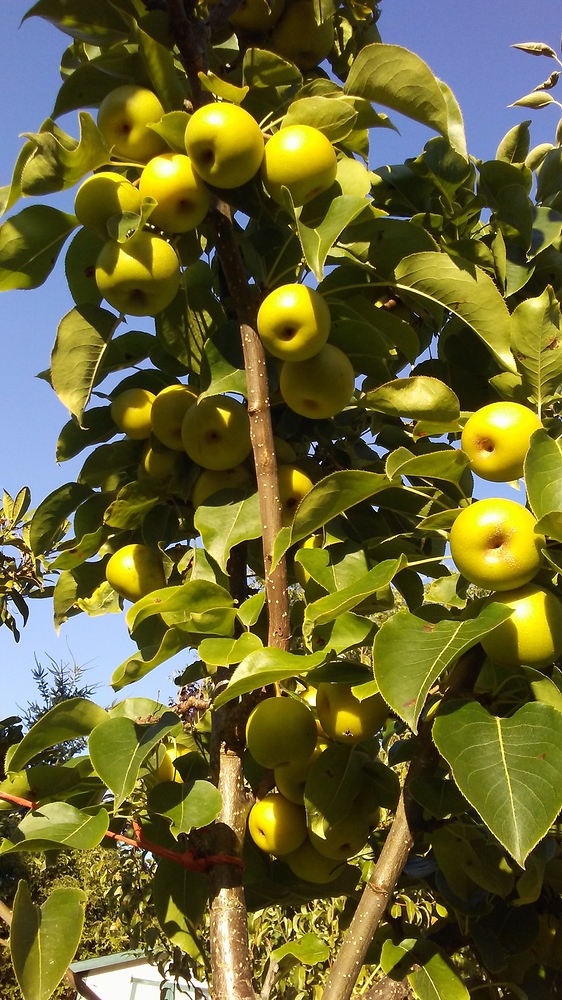 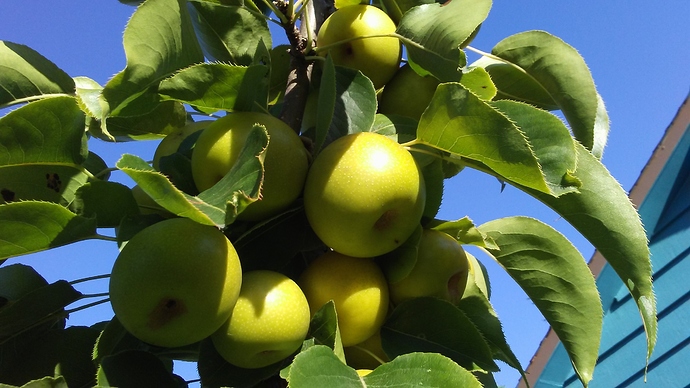 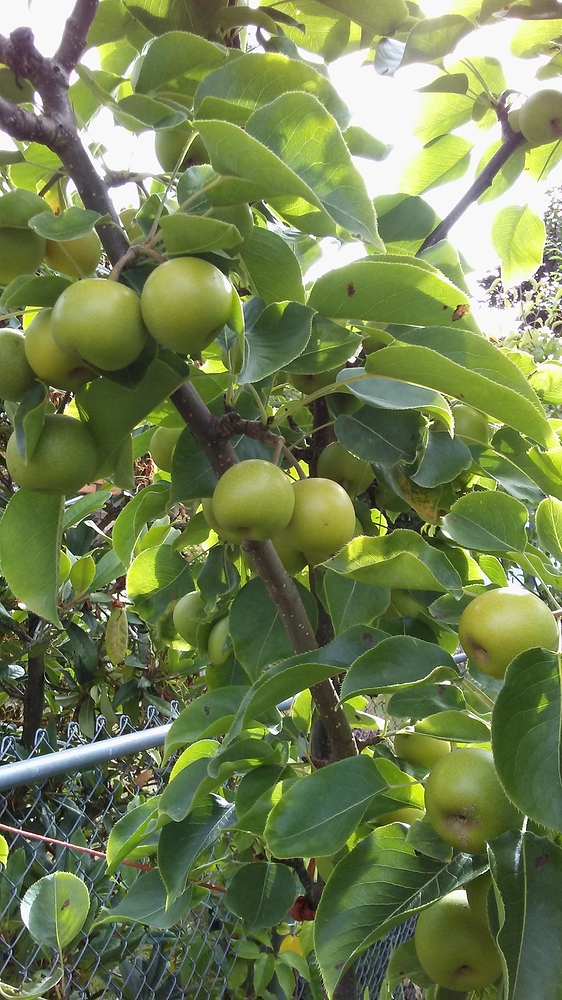 Had my first Shinseiki yesterday. It tasted great getting all sun tanned! 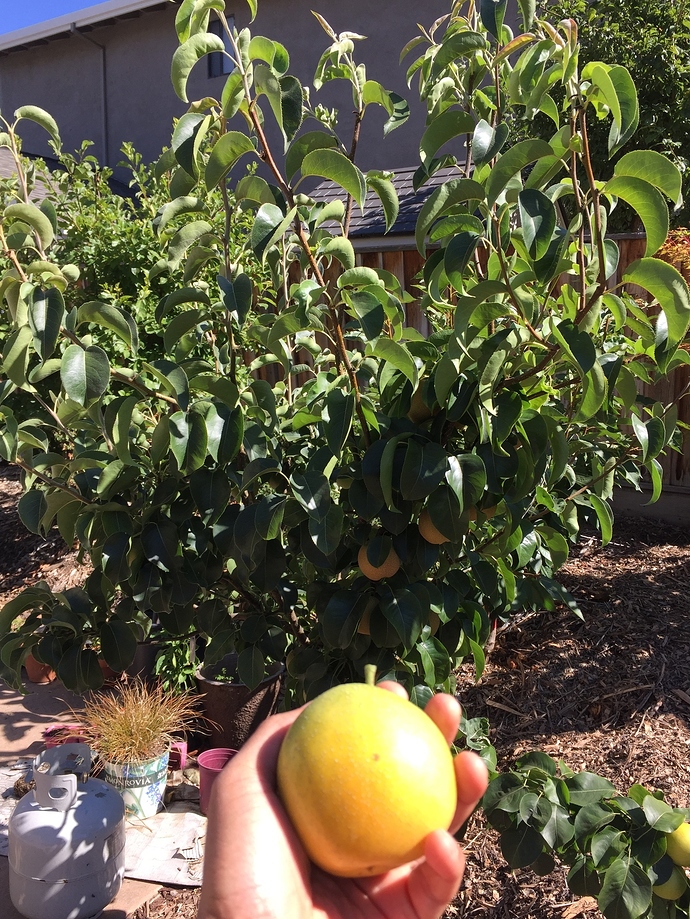 OK now ya’ll are just rubbing it in. I thought I was going to get a big crop of Hosui this year but major rains ruined that idea as it rained almost everyday of bloom. That and not much else blooming good this year because of lack of chill did me in. I really miss my Asian pears as it has now been several years since I harvested any. I loved Hosui grown in Austin. 20th century and Shinseki were good too.

Came back home after a 4 day work trip, missed 100F heat and found this sunburnt Kikusui. Damn this is even better than Shinseiki! An absolute sugar bomb, yet it was crunchy and juicy. 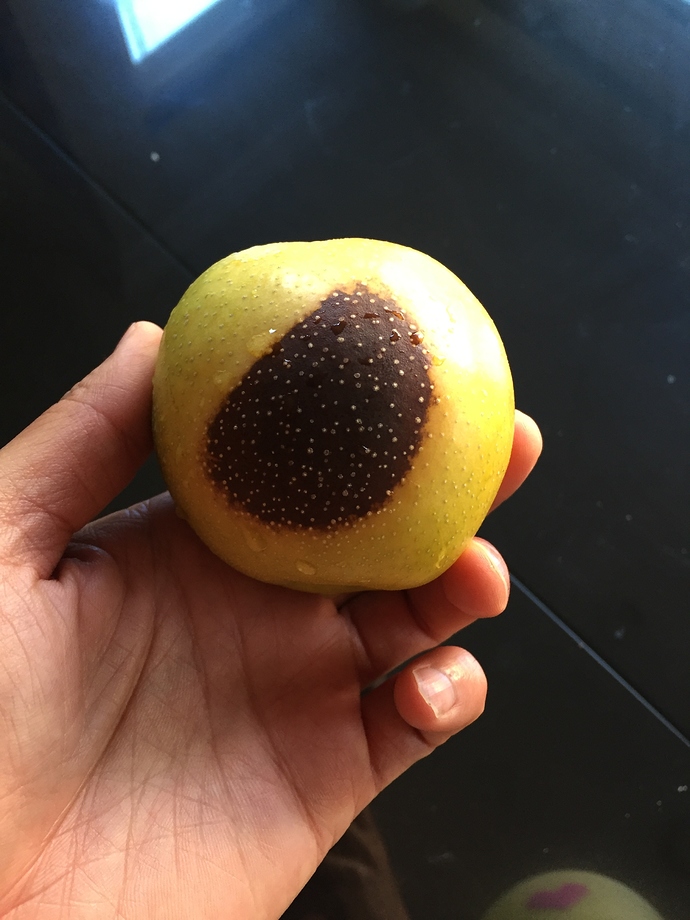 I am eating some Shinsui’s now, it has a long ripening window and a few are ripening now. They are very nice, a classic asian pear. All my other varieties have a long ways to go.